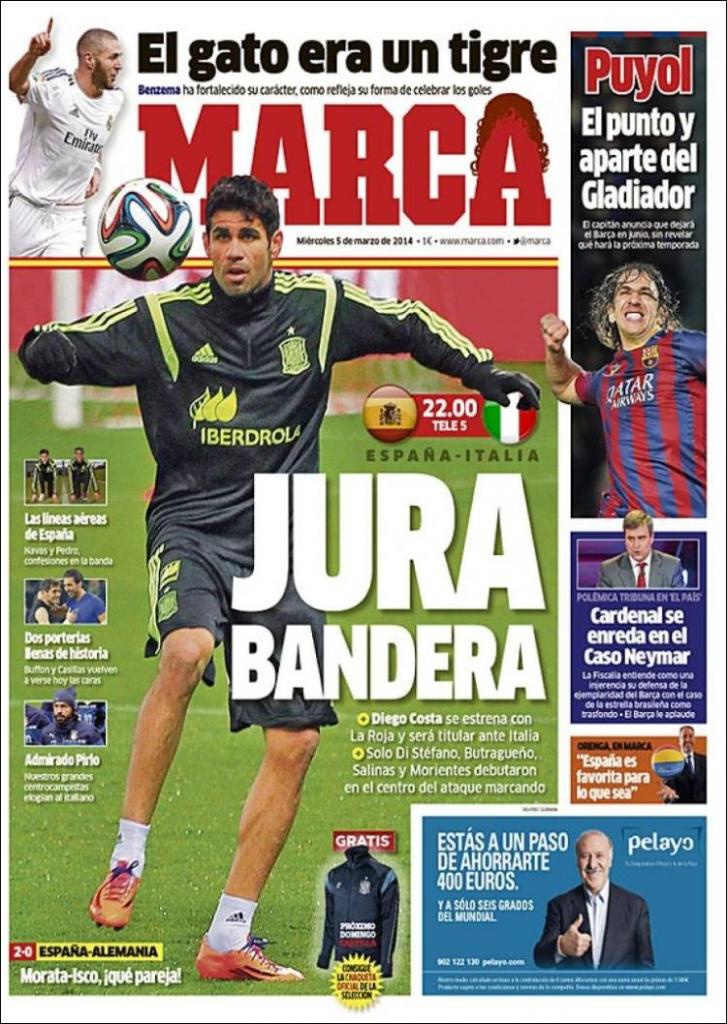 Diego Costa to debut and start against Italy

Only Di Stefano, Butragueno, Salinas and Morientes scored on their debuts for Spain

On the wings for Spain, Navas and Pedro

The cat was a tiger

Benzema's character has strengthened, reflected by his goal celebrations

Puyol: At the end for the Gladiator

The captain announces that he will leave Barca in June, without revealing where he will go 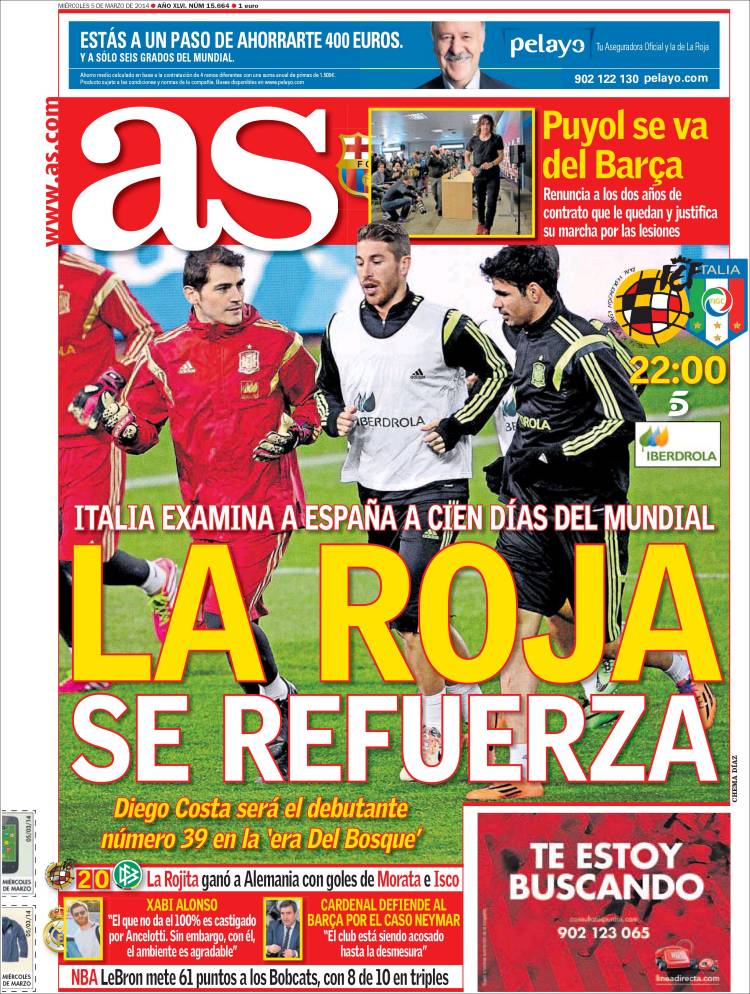 Italy test out Spain 100 days before the world cup

Spain Under 21 beat Germany with goals from Morata and Isco

Xabi Alonso: "Who does not give 100 per cent is punished by Ancelotti. However, with him the atmosphere is friendly"

"The club is being excessively accused" 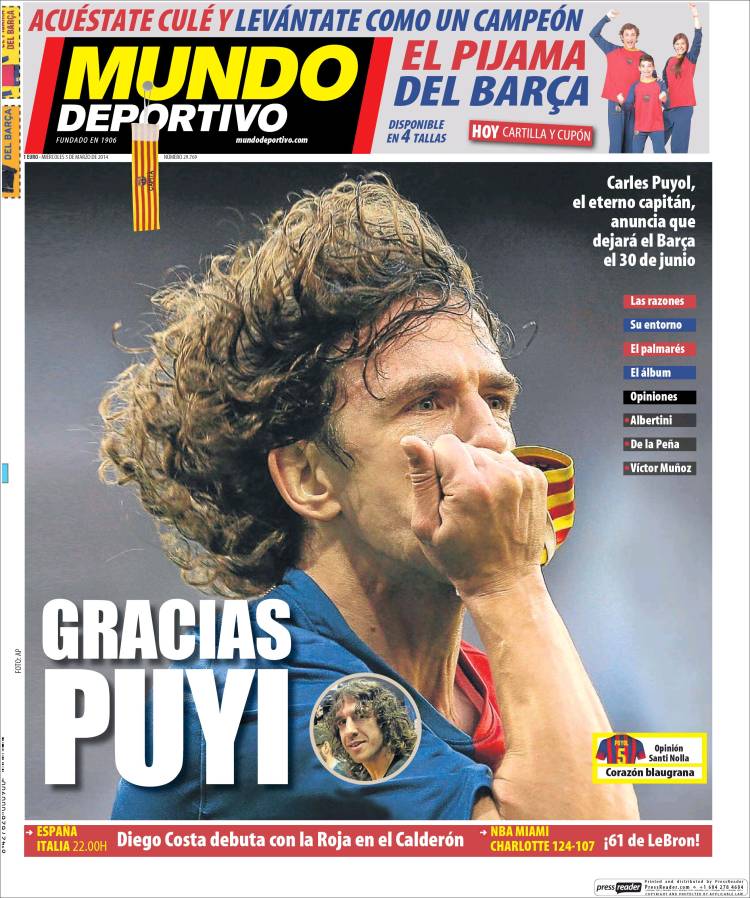 Carles Puyol, the eternal captain, announces that he will leave Barca on June 30

The reasons, the titles, photos, his situation and opinions from Albertini, De la Pena and Victor Munoz

Diego Costa to debut for La Roja at the Calderon