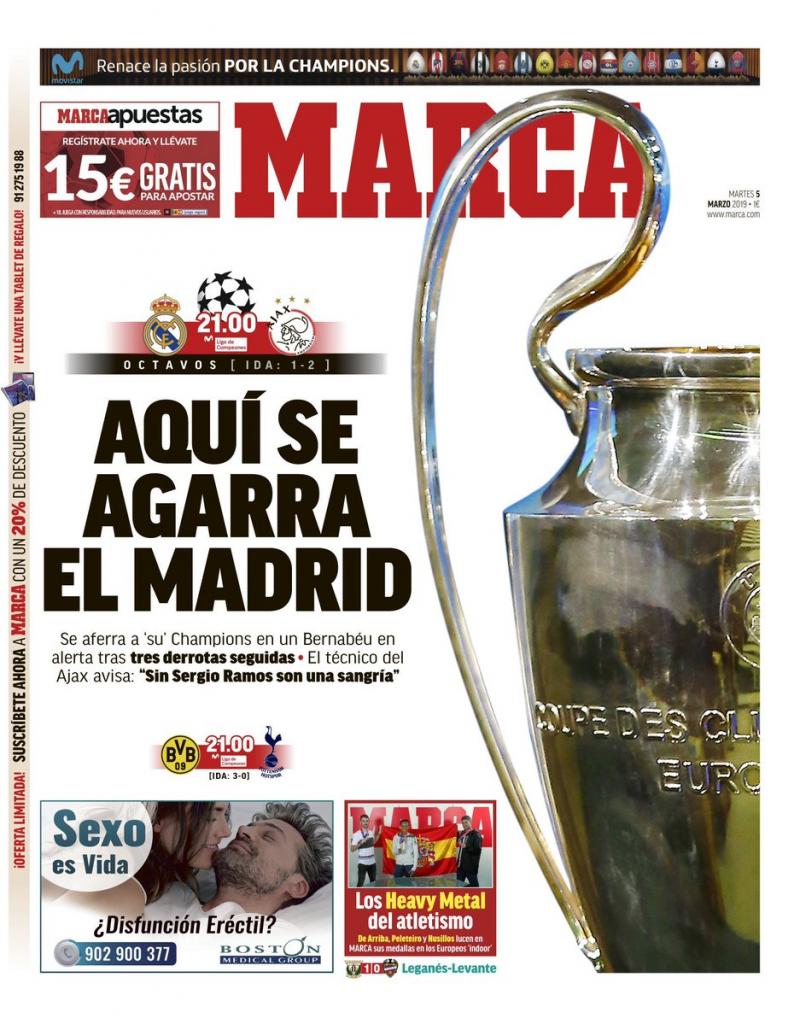 They cling to the Champions League after three successive home defeats 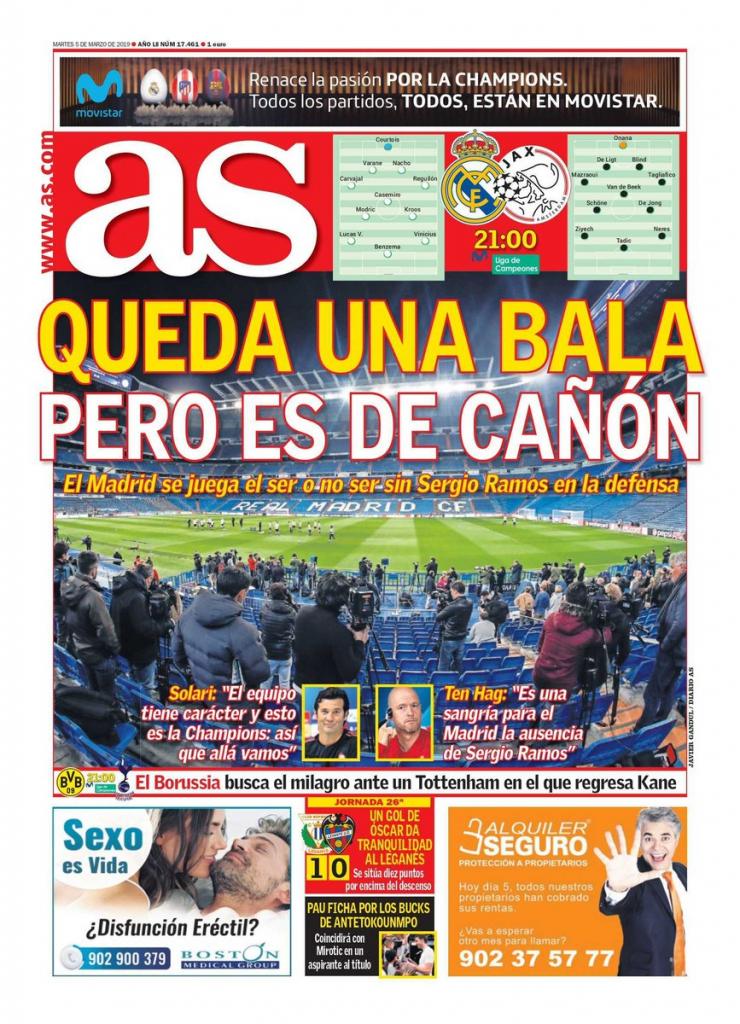 There is a bullet, but its a cannon

Madrid's to be or not to be, without Sergio Ramos in defence

Solari: This team has character and it is the Champions League 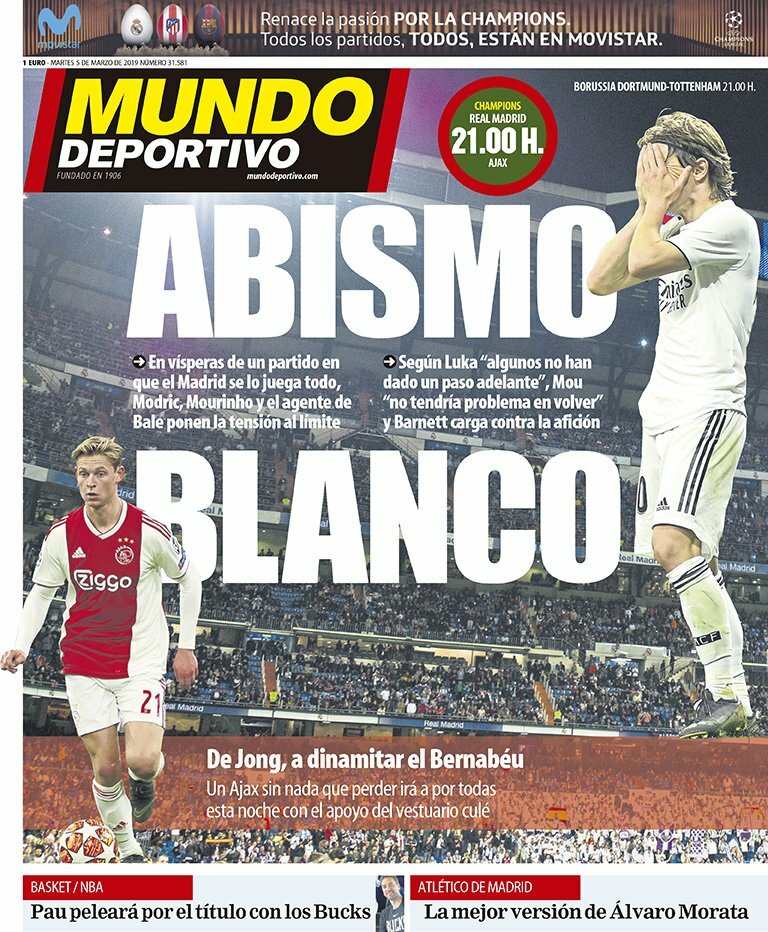 On the eve of a crucial match, Modric, Mourinho and Bale's agent increase tensions to the limit

The best version of Alvaro Morata