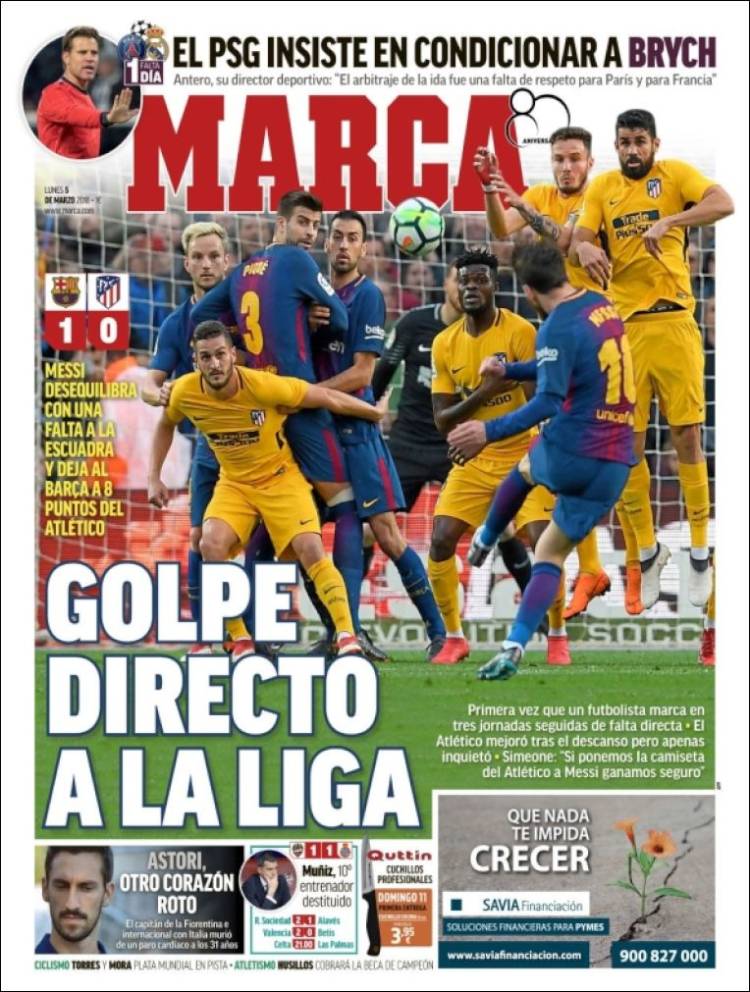 First time a footballer has scored in 3 consecutive games from a direct free-kick, Atleti better after the break but not enough, Simeone: "If Messi wore Atleti's shirt we would have won"

PSG insist in condicioning Brych - sporting director: The referee in the first leg did not respect Paris or France" 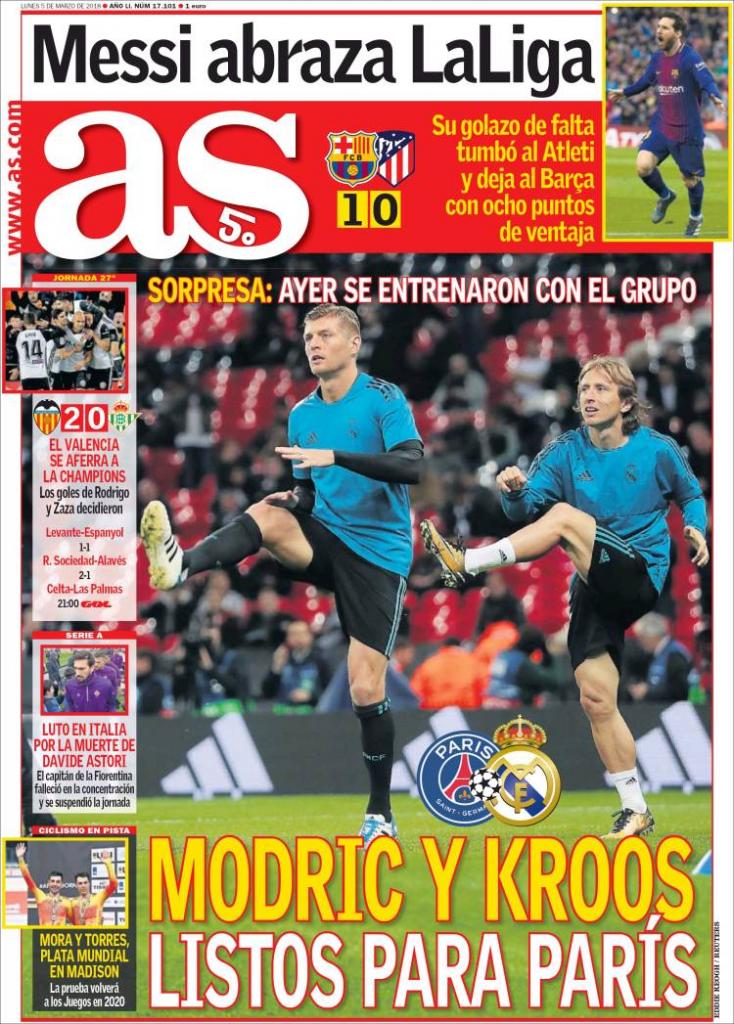 Modric and Kroos, listed for Paris

Surprise: Yesterday they train with the group

Valencia cling to UCL - goals from Rodrigo and Zaza 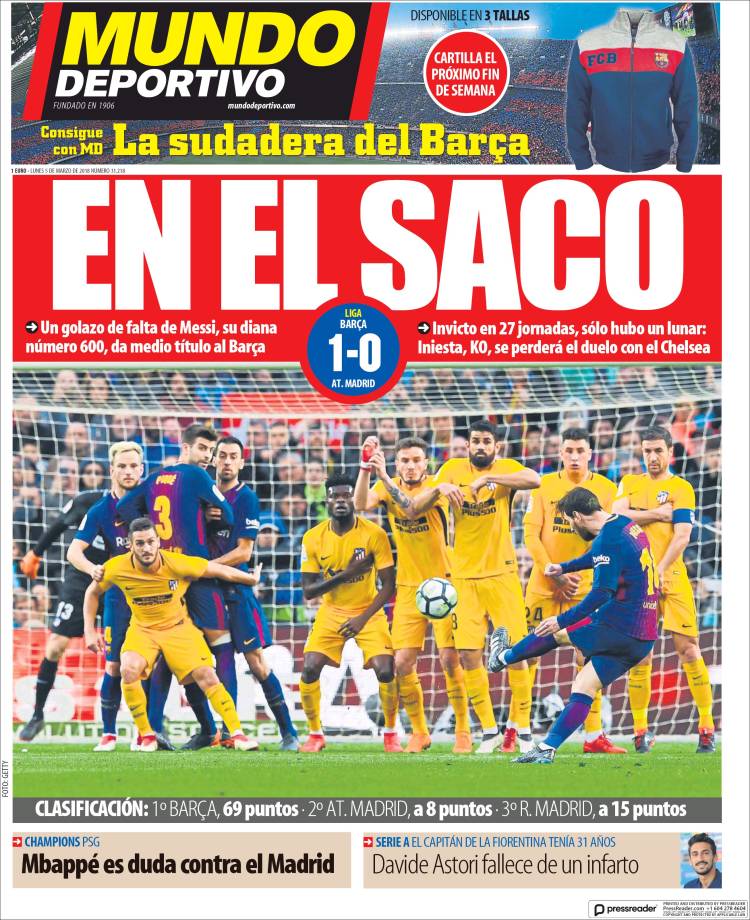 Mbappe a doubt against Madrid

Astori dies of a heart attack