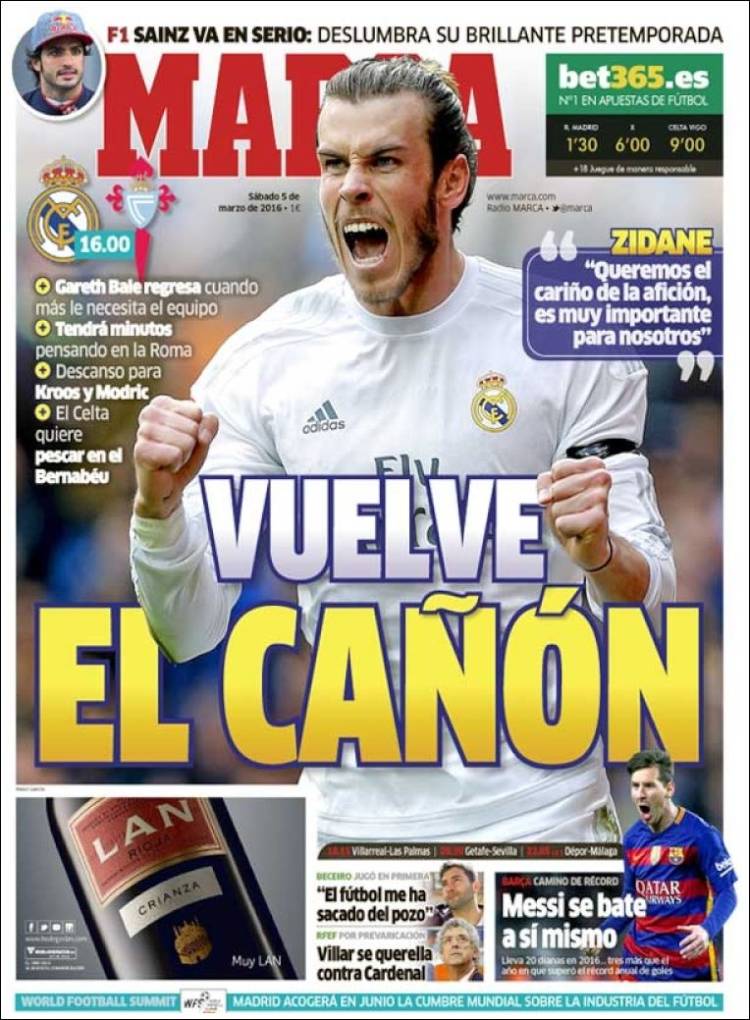 Gareth Bale returns when his team need him the most

He will get minutes and is thinking about Roma

Celta want to go fishing at the Bernabeu

Zidane: “We want the affection of the fans, it’s very important for us”

Scored 20 goals in 2016 ... three more than the year he surpassed the annual goal record

Madrid will host the World Football Summit in June 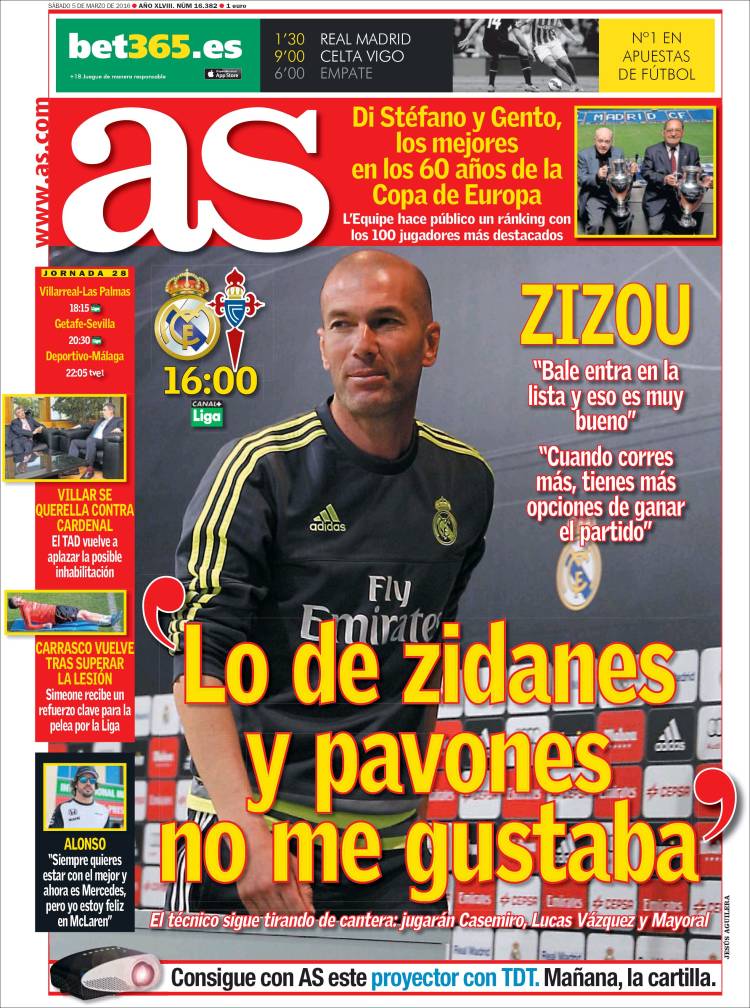 The Coach keeps his faith in the canteras: Casemiro, Lucas Vazquez and Mayoral will play again

“Bale is in the squad and that’s very good”

“When you run more, you have more options to win the game”

Di Stefano and Gento, among the best in 60 years of the European Championship

L’Equipe publishes a ranking of the 100 best players

Simeone receives a key reinforcement in the fight for La Liga 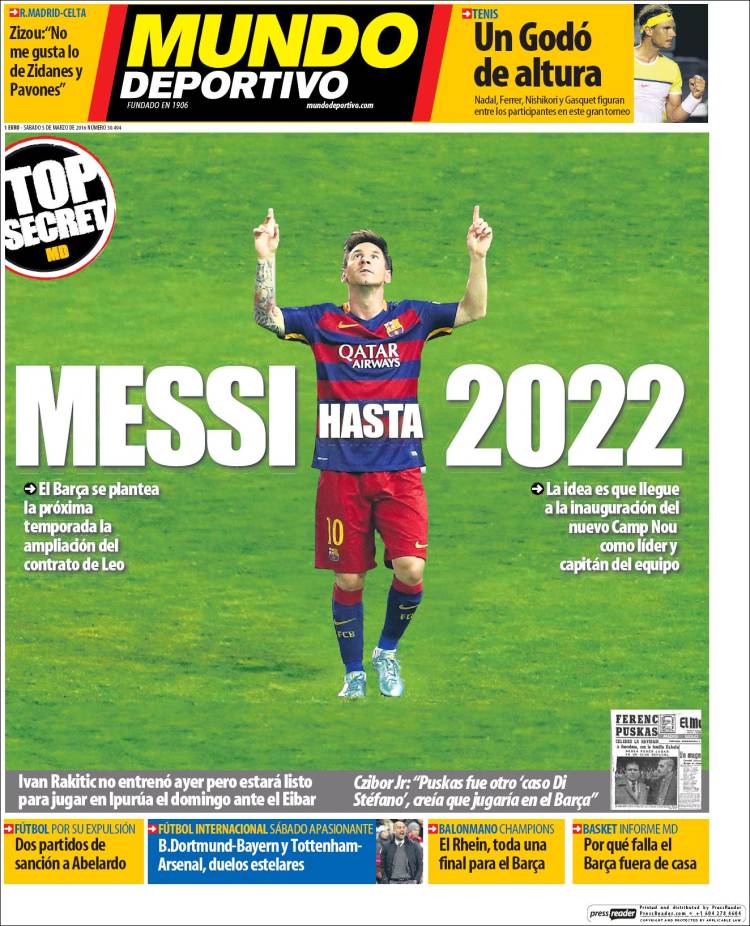 Barca will look to extend Leo’s contract next season

Football, for his dismissal