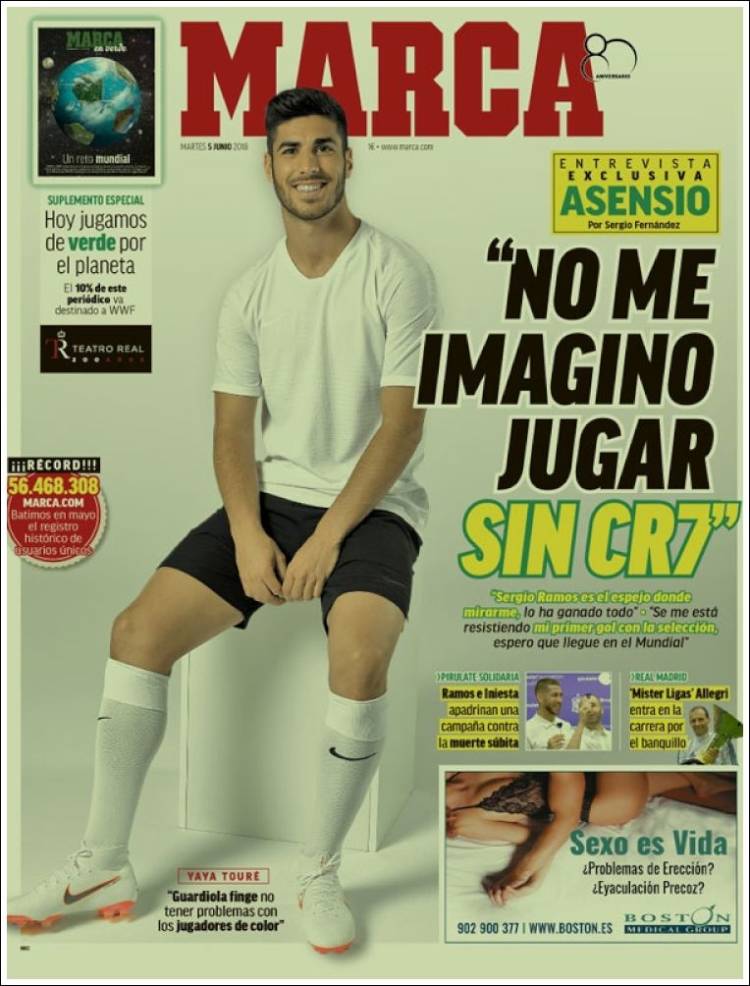 "I can't imagine playing without Cristiano"

Ramos and Iniesta sponsor a campaign against death

Yaya Toure: Pep has a problem with black players 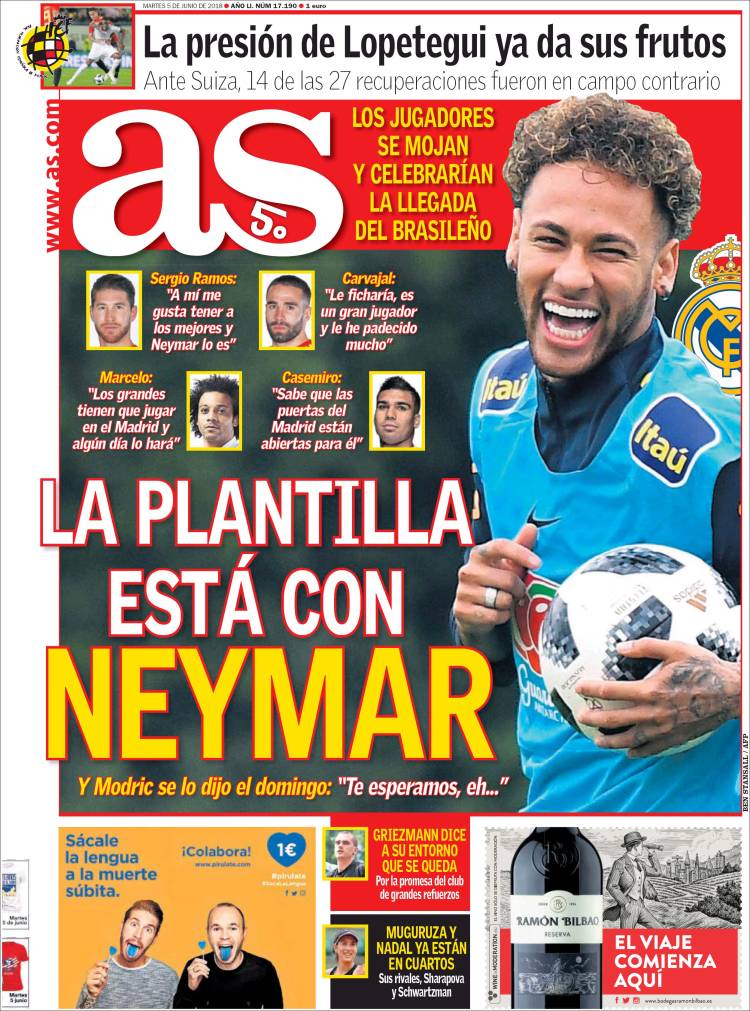 This team is with Neymar

On Sunday, Modric said: "We wait for you" to follow a number of others

Griezmann tells his friends that he stays 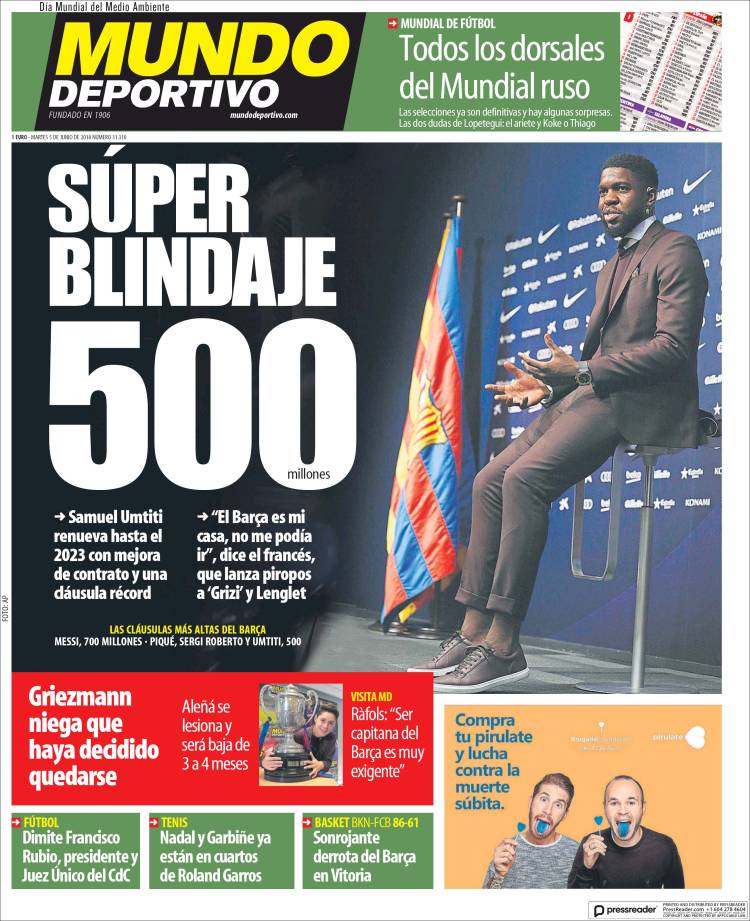 "Barca is my home, I don't want to go anywhere else" - discusses Lenglet, Griezmann

Griezmann denies he has made a decision

Alena out for 3-4 months