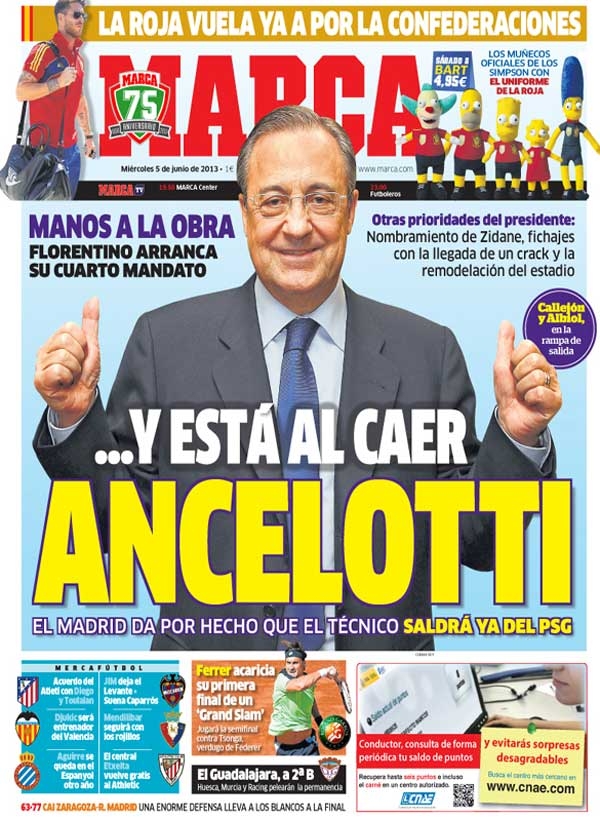 Other priorities for the president: Appointment of Zidane, the arrival of a big star and the remodeling of the stadium

Callejon and Albiol on the way out

La Roja ready themselves for the Confederations Cup

Ferrer closes in on his first final of a 'Grand Slam'

He will play the semifinal against Tsonga, who defeated Federer

Guadalajara to Segunda B 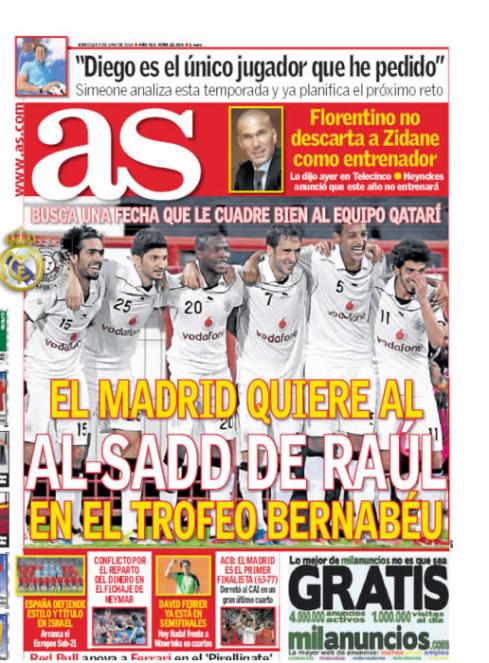 The search for a date with a solid Qatari side

Florentino does not discard Zidane as coach

He said this yesterday to Telecinco

Heynckes says he will not coach in the year to come

"Diego is the only play I have asked for," Diego Simeone

Simeone has analised the season and plans for the next challenge

Spain defend in style their title in Israel

Conflict over the distribution of the money for Neymar's signing

David Ferrer is in the semifinals

ACB: Madrid is the first finalist, beating CAI in a great final quarter 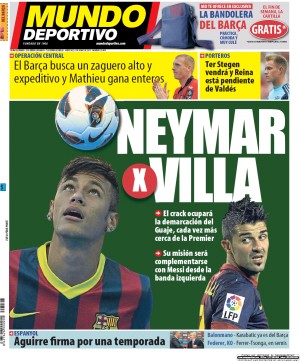 The Brazilian will take Villa´s spot in the team

El Guaje is ever closer to the Premier League

His mission will complement Messi from the left wing

Operation for a centre-half

Goalkeepers: Ter Stegen will be sold and Reina is waiting for Valdes

Ferrer, KO: Ferrer-Tsonga, in the semis