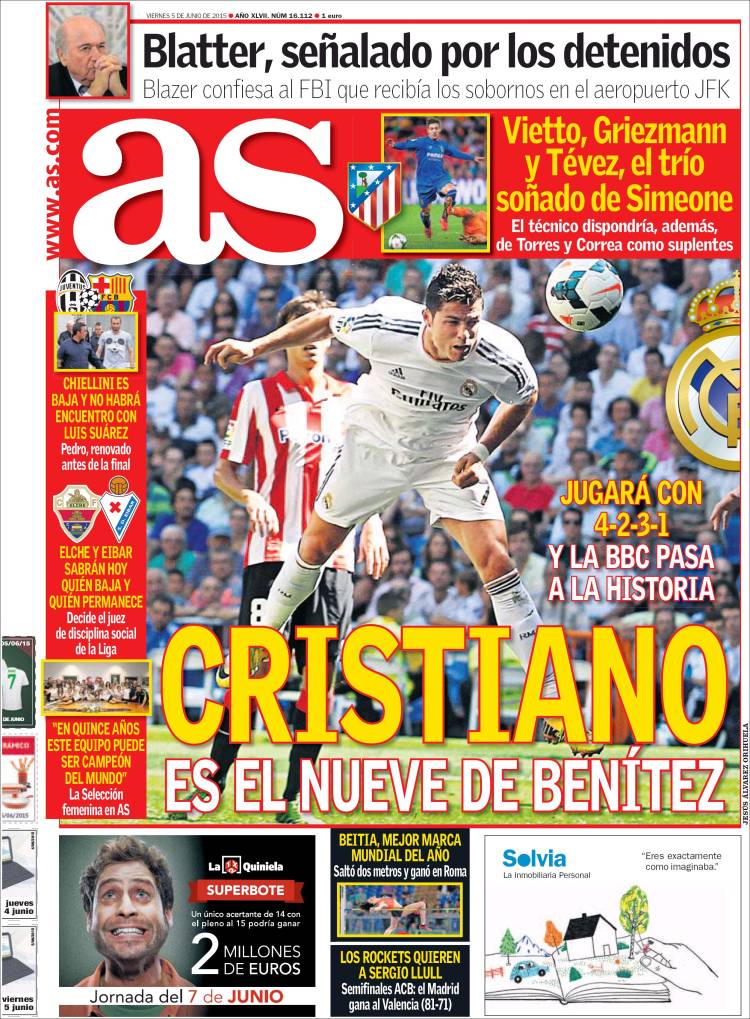 Cristiano is Benitez’s No 9

Blatter pointed out by detainees

Blazer admits to receiving bribes at JFK airport to FBI

Vietto, Griezmann and Tevez, the trio sounded out by Simeone

The Coach would also have Torres and Correa as backup

Pedro renews his contract before the final

“In 15 years, Spain’s women can be world champions” 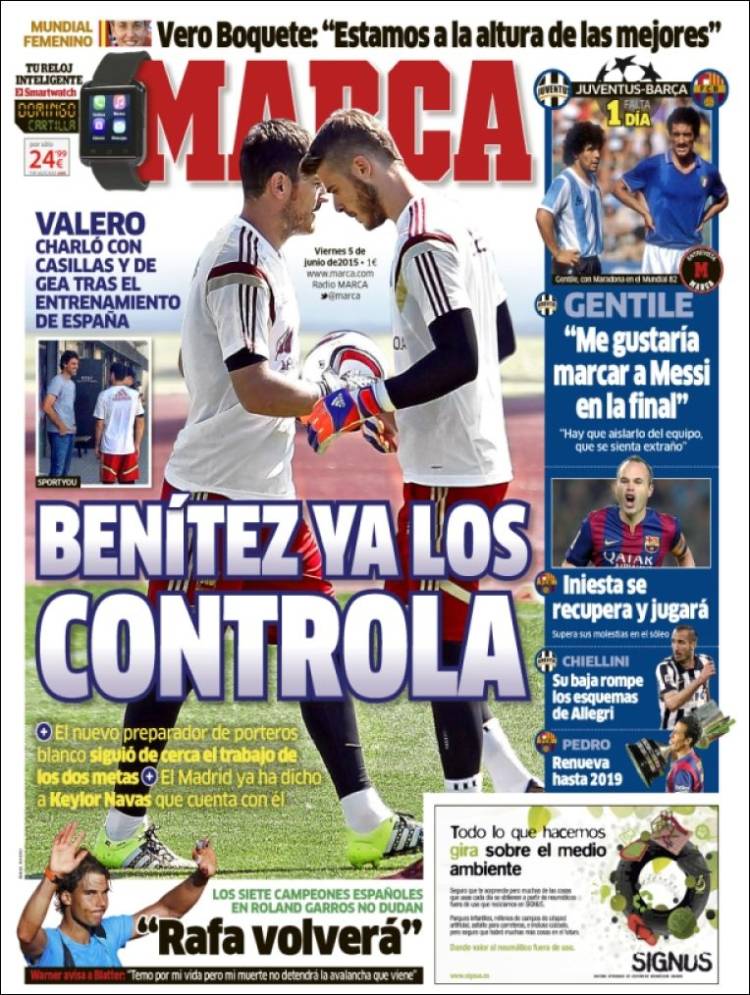 Madrid have already told Keylor Navas that they count on him

Iniesta recovers and will play 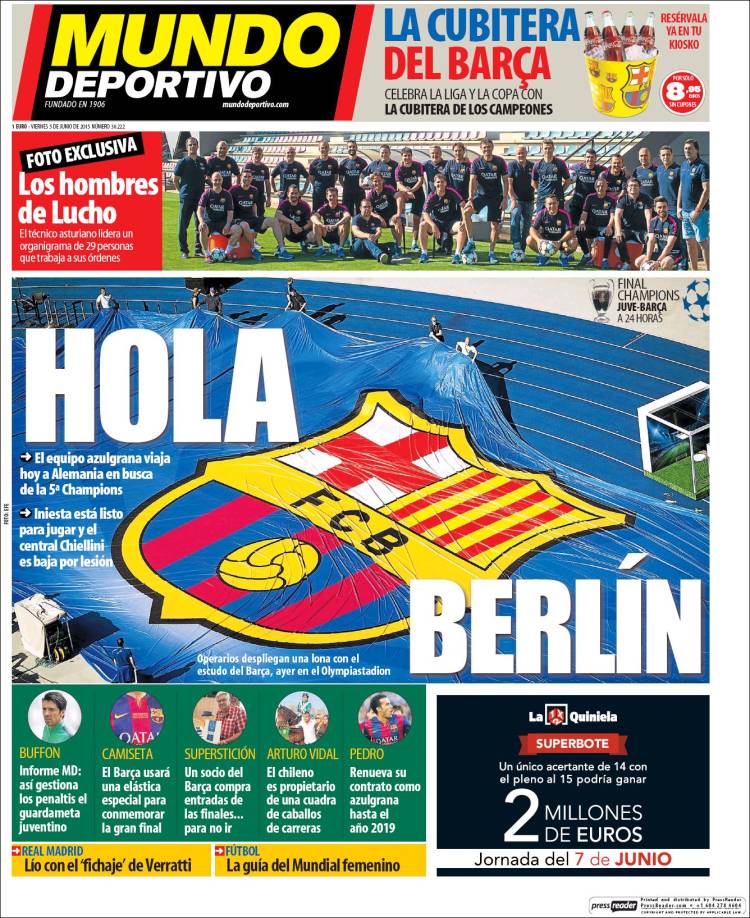 Olympiastadion workers deploy a Barca flag in the stands

Buffon – the Juventus goalkeeper likes to save penalties

Shirts - Barca will wear special shirts to commemorate the final

Arturo Vidal – the Chilean owns a stable of racehorses

Pedro - renews his contract with Barca until 2019