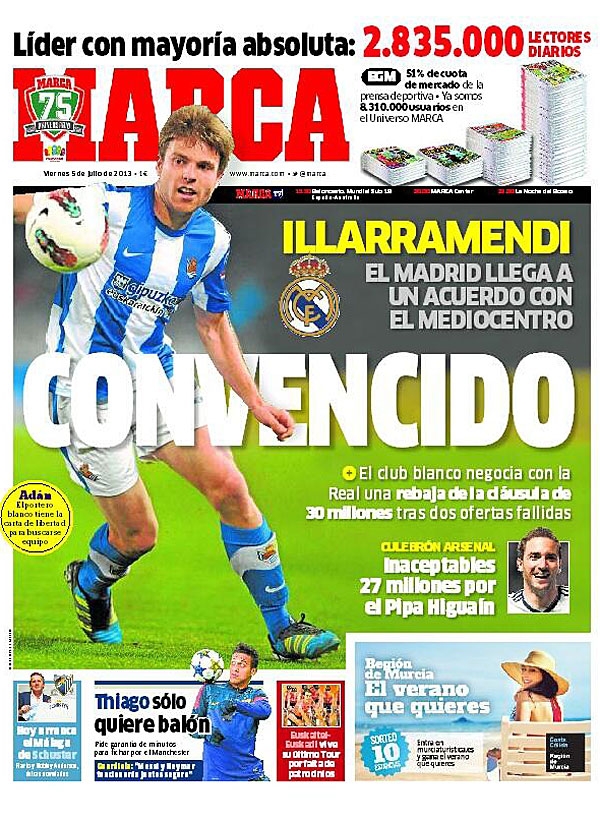 Madrid reach an agreement for the central midfielder

Adan: The goalkeeper has permission to look for a club

Thiago only wants to the all

He asks for a guarantee of playing time to Manchester United

Guardiola: "Neymar and Messi can play together" 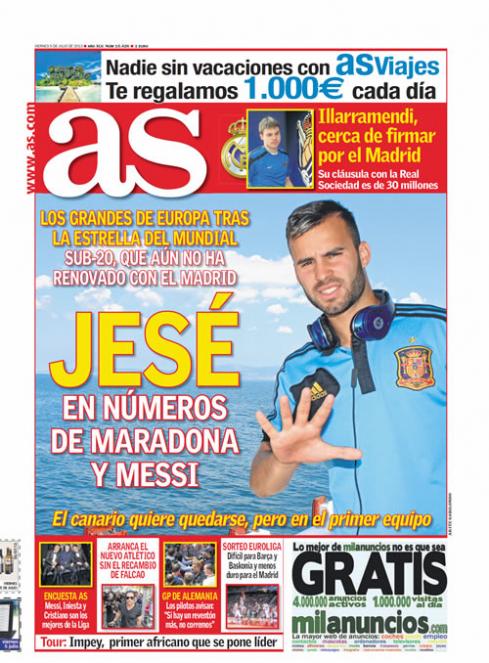 Jese: Numbers of Maradona and Messi

Illarramendi, close to signing for Madrid

His clause with Real Sociedad is 30€ million

AS Survey: Messi, Iniesta and Cristiano are the best in La Liga

The new Atletico still without a replacement for Falcao

German GP: The drivers advise: "If there is a blow-out, we do not race" 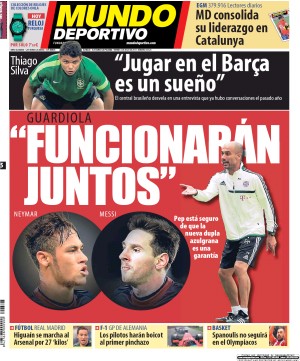 Guardiola: "They will work together"

Pep is sure that the new Barca duo can play together

Thiago Silva: "To play for Barca is a dream"

Real Madrid: Higuain to go to Arsenal for 27m

Basketball: Spanoulis will not continue with Olympiakos