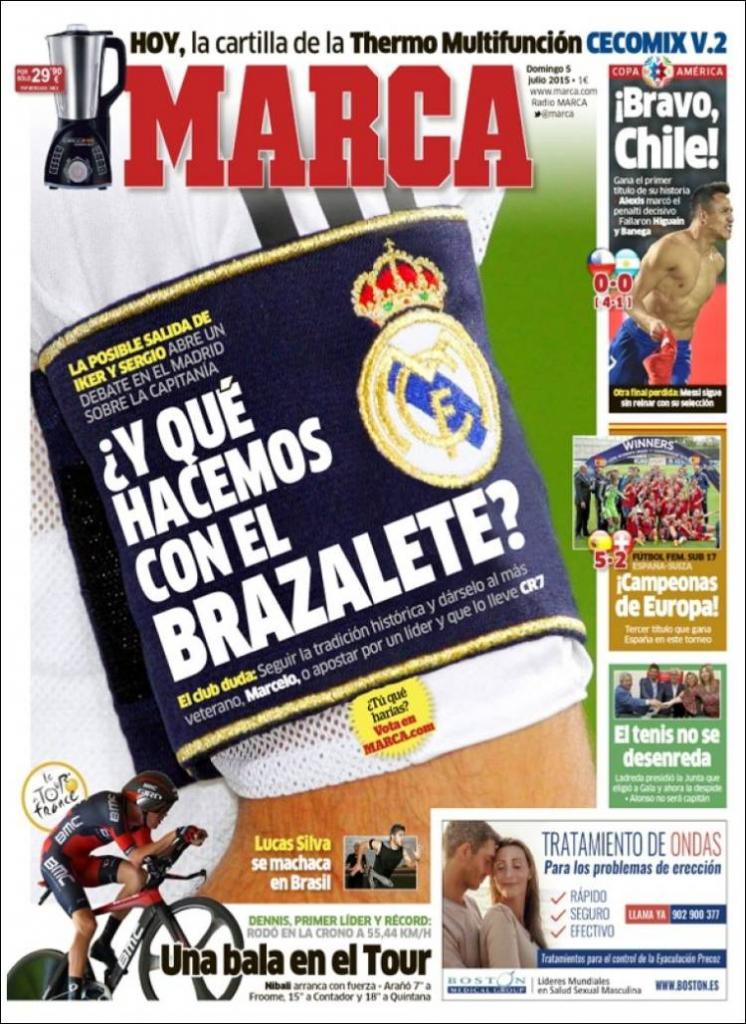 And what shall we do with the armband?

The club are in doubt: follow tradition and give it to the biggest veteran in the squad, Marcelo, or opt for a leader in CR7?

Lucas Silva is crushed in Brazil

Win first title in their history

Higuain and Banega both missed

Women’s Under-17 Football - Champions of Europe 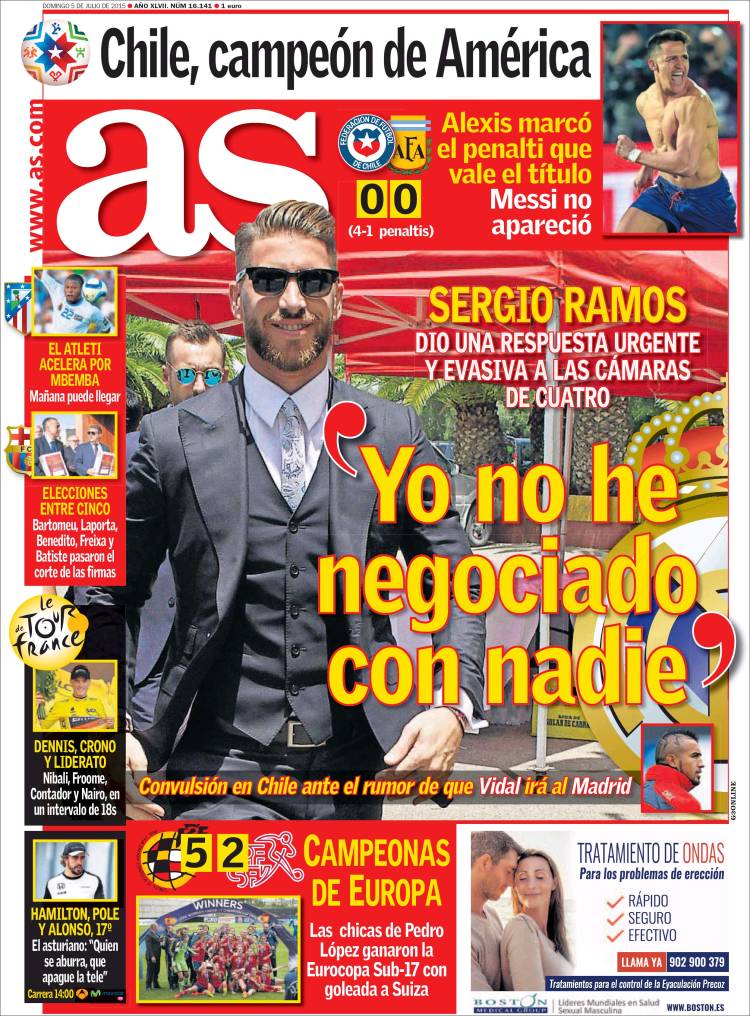 “I have not negotiated with anyone”

Convulsion in Chile to the rumour that Vidal will join Madrid

Bartomeu, Laporta, Benedito, Freixa and Batiste made the cut for signatures 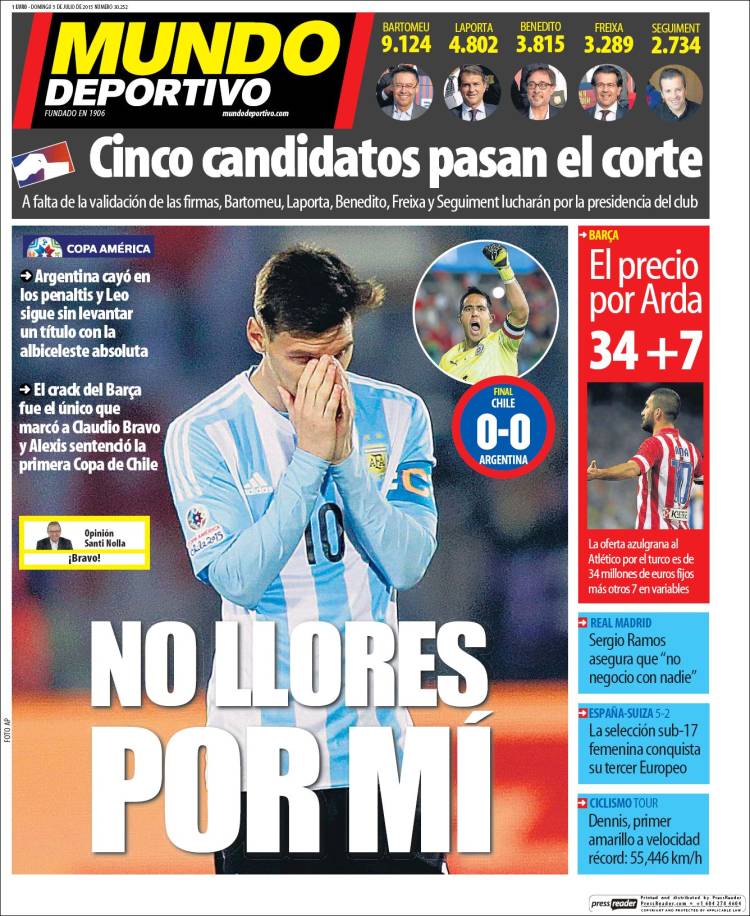 Don’t cry for me

Barring the validation of signatures, Bartomeu, Laporta, Benedito, Freixa and Batiste will fight for the presidency of the club

Sergio Ramos says “I’ve not negotiated with anyone”