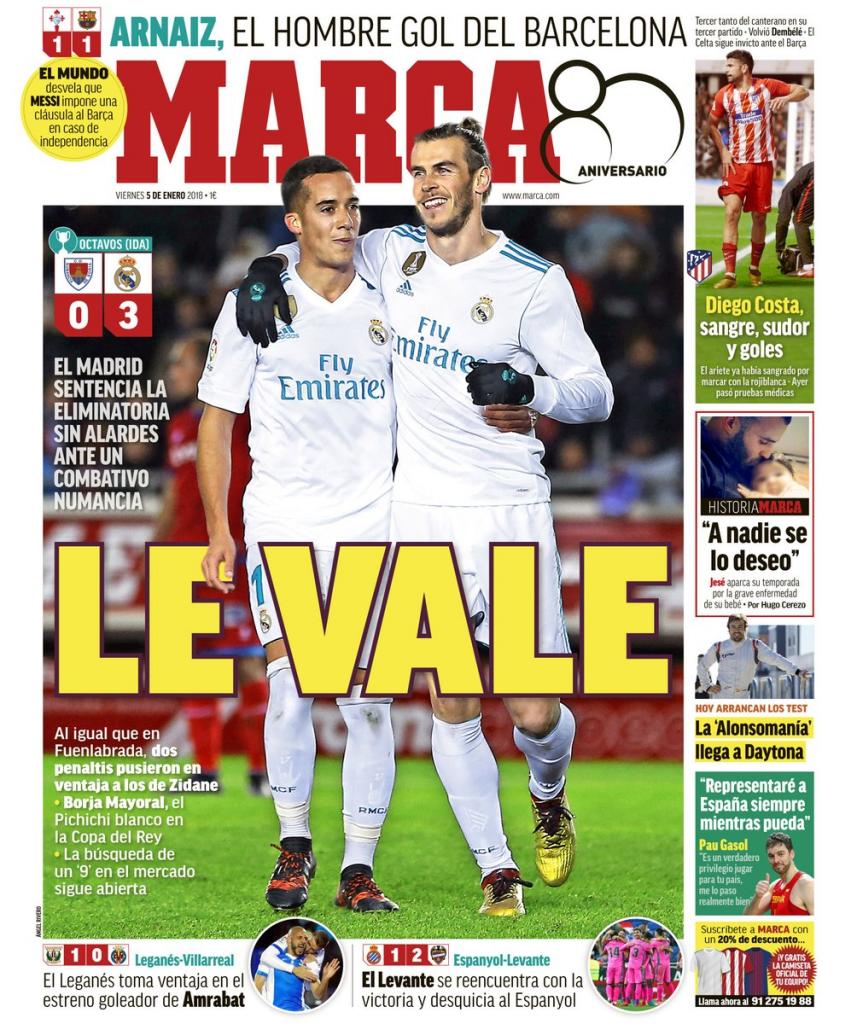 Madrid win the fixture without much fanfare against a combative Numancia

Won with two penalties like against Fuenlabrada, Borja Mayoral is the highest scorer in the Copa del Rey, search for a new 'number 9' is still on

Arnaiz, the goal man for Barcelona 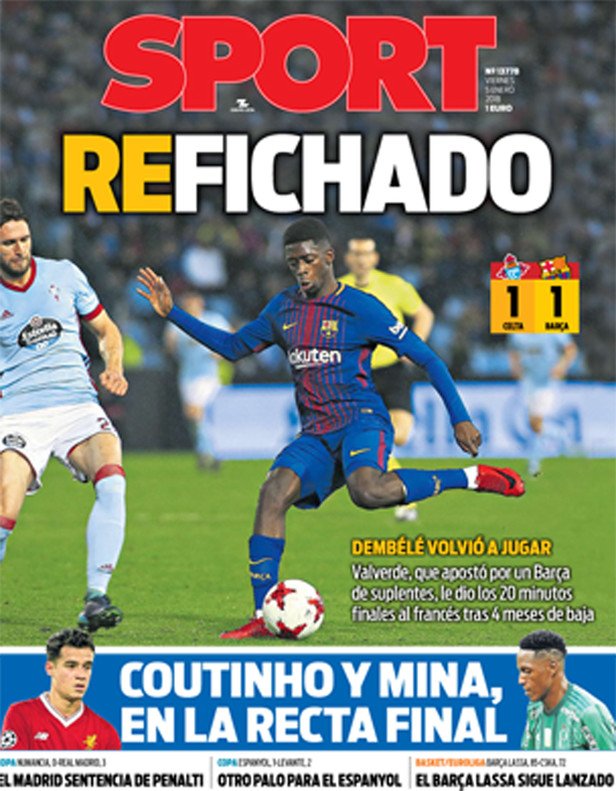 Dembele returns to play after four months out

Coutinho and Mina - in the final straight

Madrid win with penalties, another loss for Espanyol 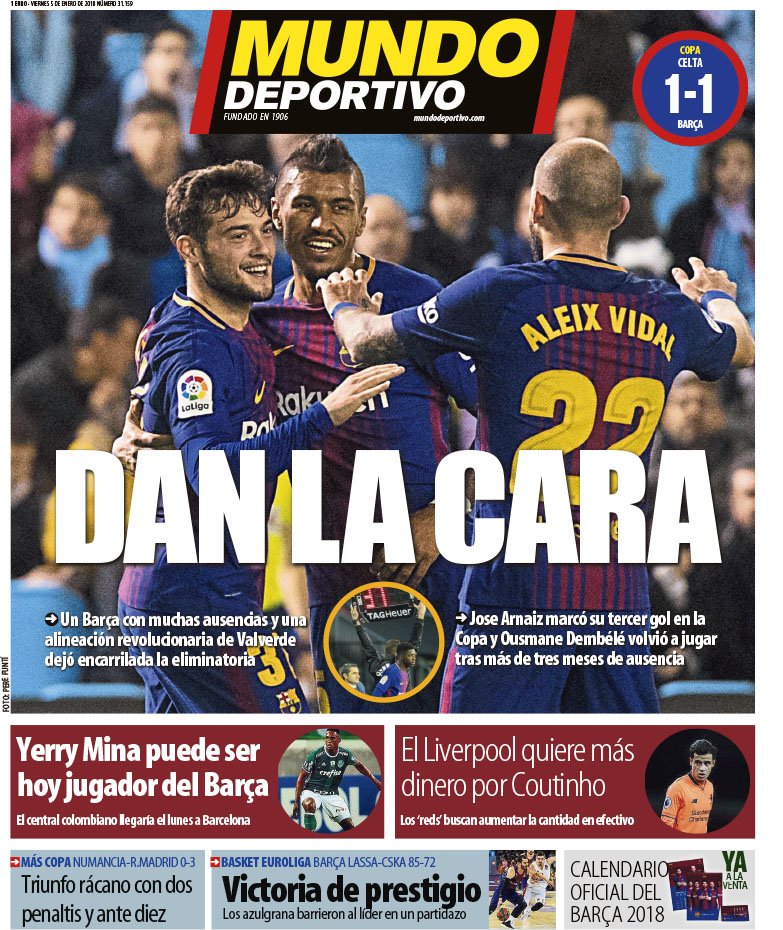 Madrid win with two penalties and against ten