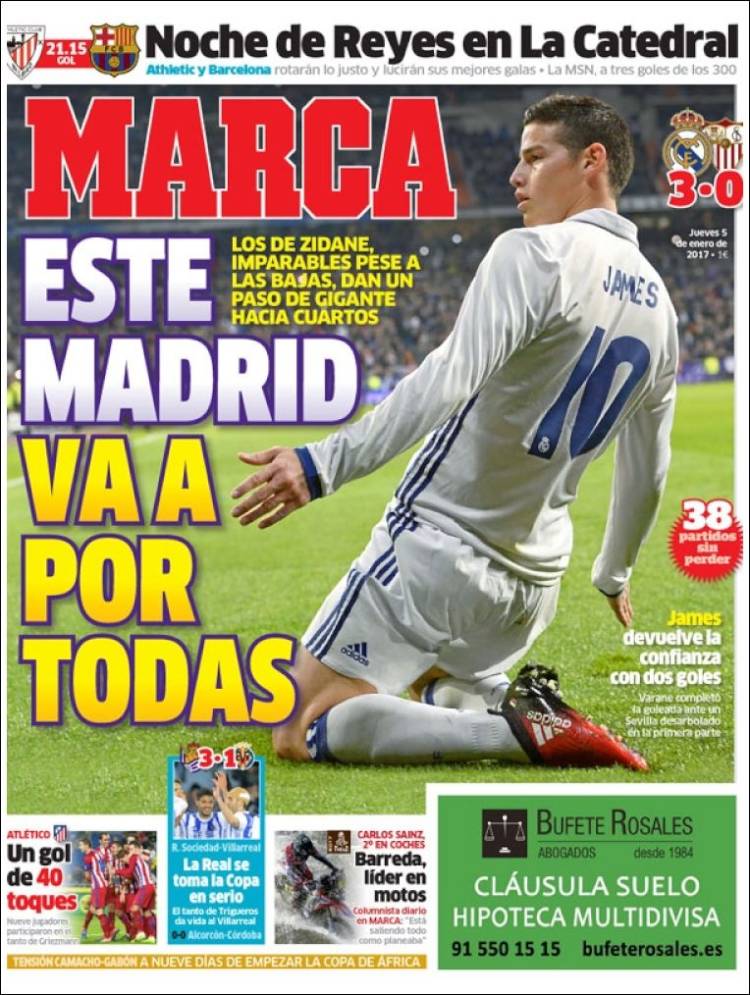 This Madrid is going for it all

Despite injury, Zidane's unstoppables take a big leap towards the quarter finals

Night of Kings in the Cathedral - Athletic and Barca will rotate right to achieve their best goals - MSN, three goals from 300

A goal of 40 touches - nine players involved in Griezmann's goal 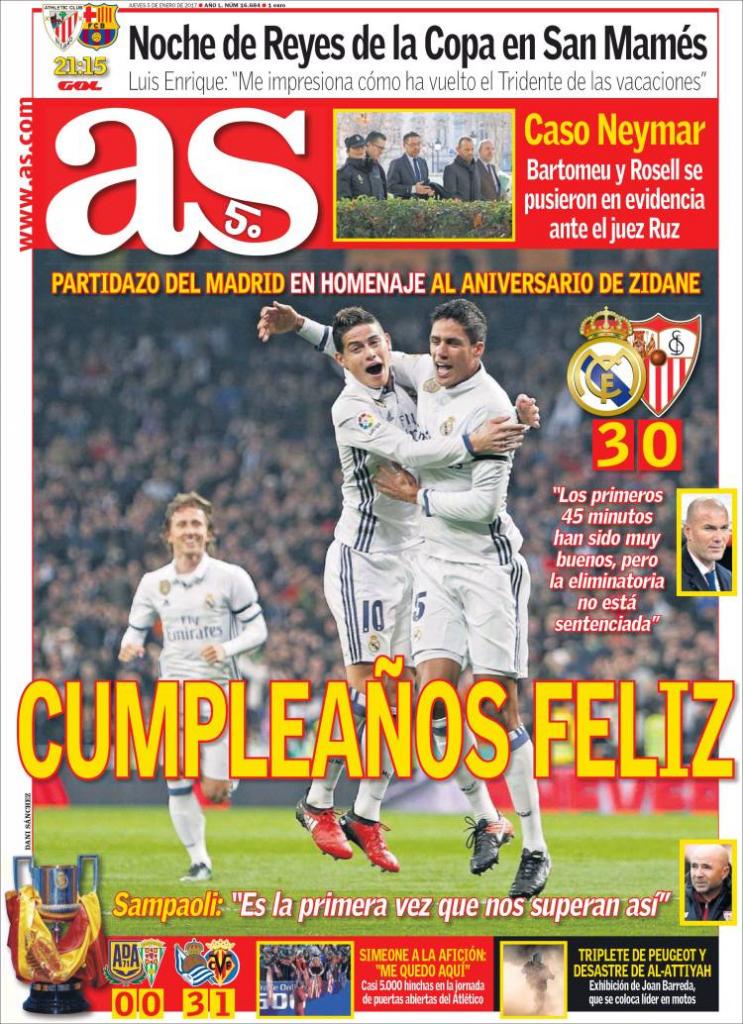 "The first 45 minutes have been very good, but the tie is not sentenced" - Zidane

Sampaoli - this is the first time we have been surpassed

Night of Kings of the Copa in San Mames - Luis Enrique: "The trident's return from their break has impressed me"

Simeone to the fans: I stay here 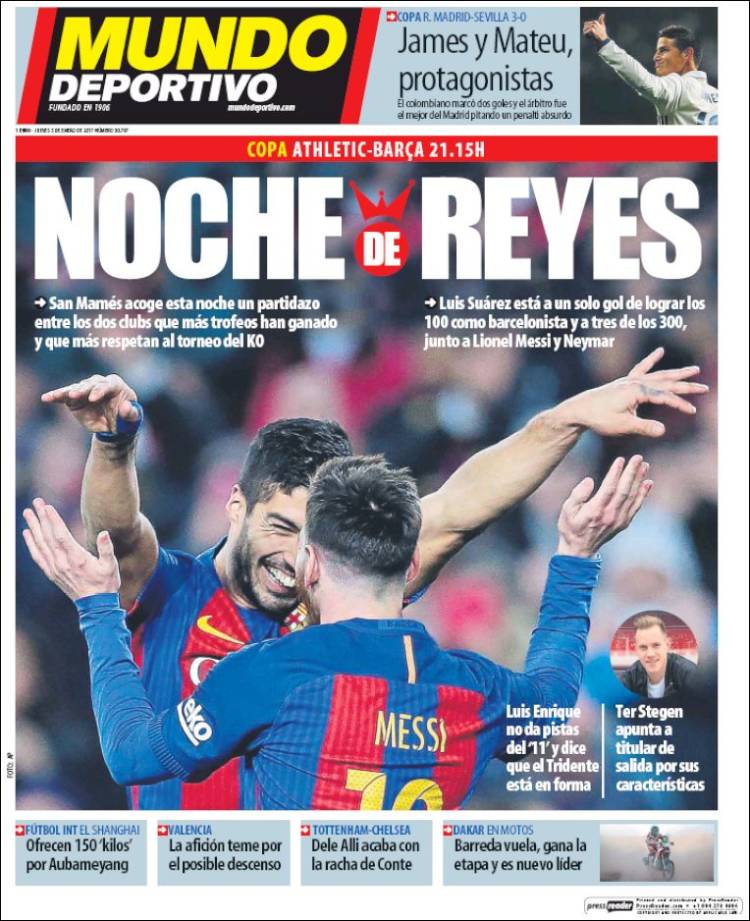 Ter Stegen points to the title

Offer of 150 million euros for Aubameyang from China