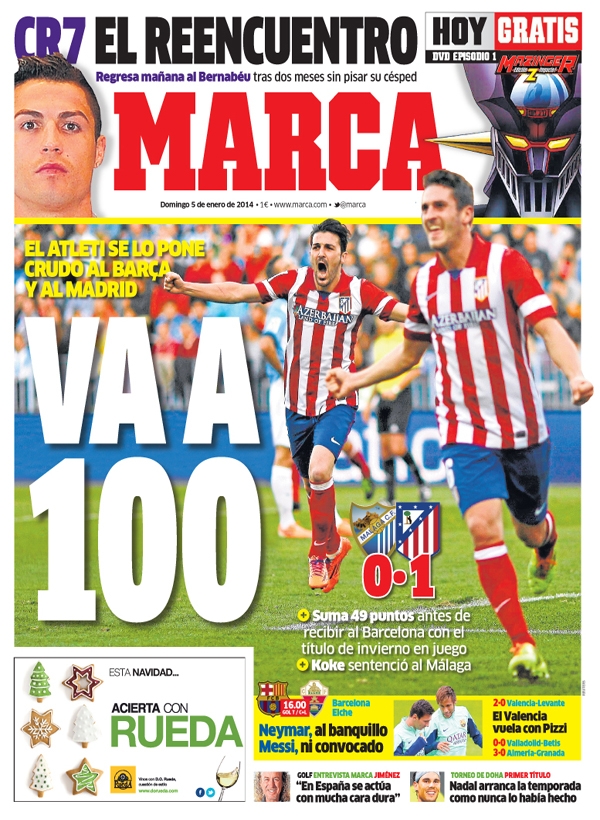 Atleti making it difficult for Madrid and Barca
They head for 100
Atleti have now 49 points
Koke sentenced Malaga to defeat
CR7: The reunion
He returns to the Bernabeu after two months without stepping on the grass
Neymar, on the bench, Messi, not even called up
Valencia return with Pizzi
Interview with Jimenez: "In Spain they act with a bit of cheek"
Nadal starts the season in typical fashion 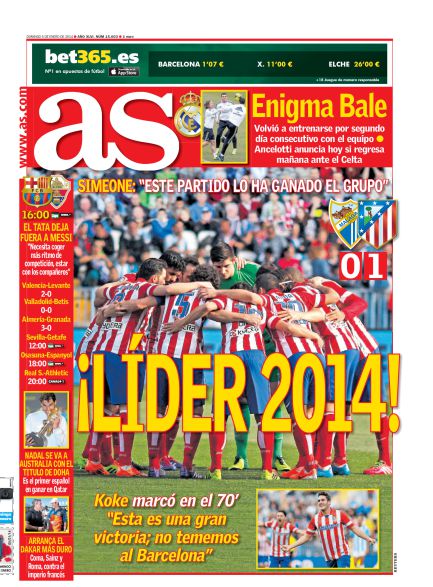 Leader 2014
Simeone: "This game the whole team won"
Koke scores in the 70th minute: "This is a great victory, we do not have Barcelona yet"
Bale Enigma
He returns to training with the squad for the second day in a row
Ancelotti announces today if he will play tomorrow against Celta
Tata leaves out Messi
"He needs to recover his rhythm and competitiveness"
Nadal goes to Australia with Doha in his pocket 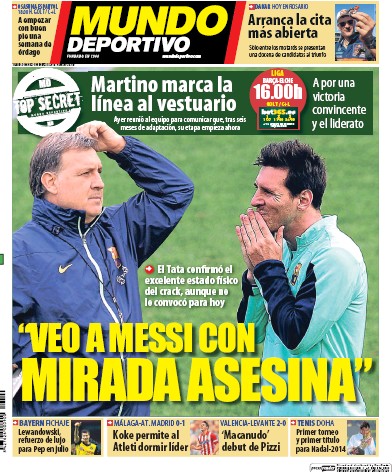 "I see Messi with a look of an asassin," Martino
Tata confirms Messi is in excellent shape but he will not play today
Martino makes things clear with the team
After a meeting with the team to communicate that, after six months, his time really starts now
Lewandowski to reinforce the luxuries afforded to Pep in June
Koke allows Atleti to sleep as leaders
'Macanudo' Pizzi's debut