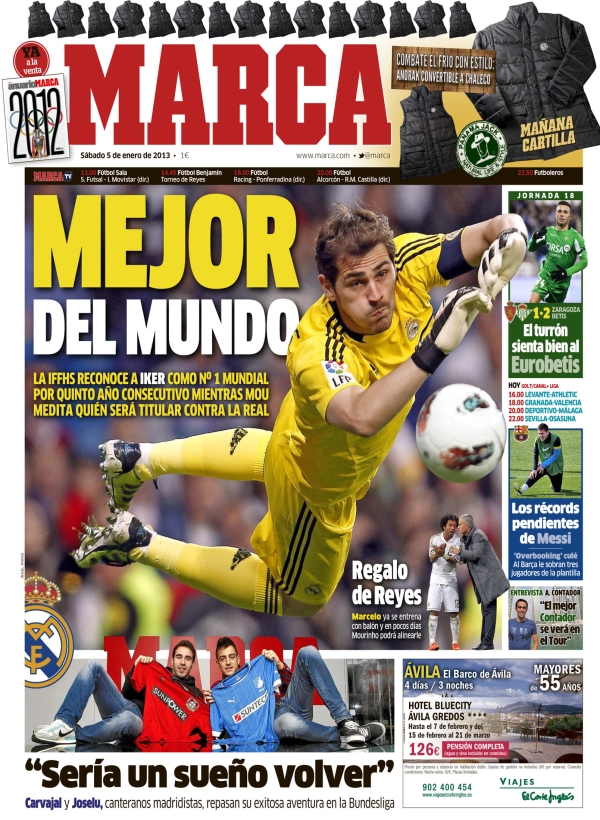 Best in the world

Reyes holiday present: Marcelo already training with the ball and in a few days Mou could pick him

The records Messi could claim: ‘overbooking’ Cule of Barca to surpass three players in his team

Inteview with Contador: “The best Contador will be seen at the Tour”

“It would be a dream to return”: Carvajal and Joselu, from the Madrid youth academy, review their successful adventure in the Bundesliga 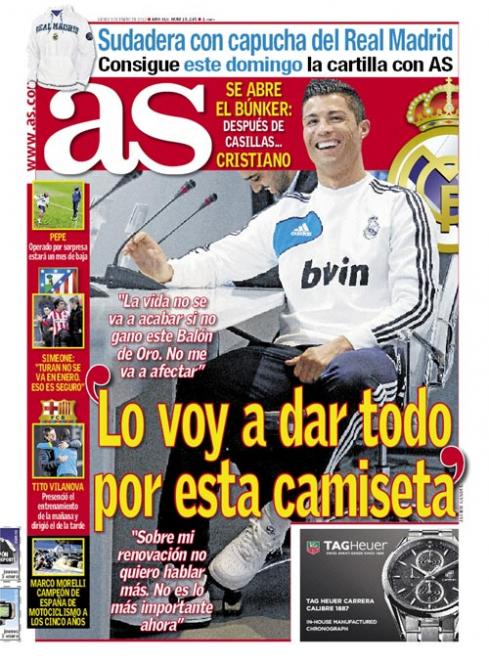 After L’Equipe and Guardian, Casillas is also named the best in the world by IFFHS

Montanier: “For me Iker plays in the team and Cristiano as goalkeeper”

Verdu will go at Atletico in June

The Dakar starts today in the beaches of Lima: Everyone against Despres and Peterhansel 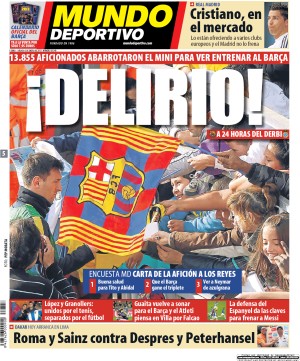 24 hours to the derby

Wishlist for the King’s holiday for the fans

Lopez and Granollers: united by tennis, separated by football

The Espanyold defence holds the keys to stopping Messi

Dakar: Roma and Sainz against Despres and Peterhansel