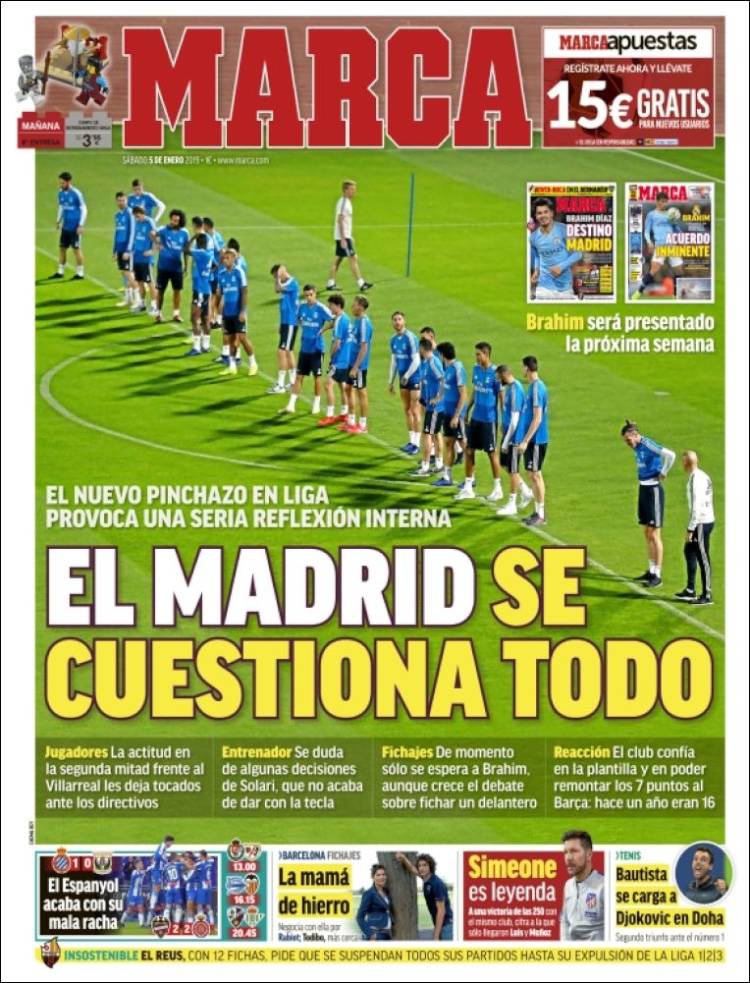 Brahim will be unveiled next week

Doubts over some of Solari's decision, which have not come off

For now only Brahim is epected, although debate grows over the signing of a striker

The club have faith in the squad and their ability to cut a seven-point deficit on Barca: this time last year it was 16

Rabiot's mother has an iron fist

Reus, with 12 players, ask that their campaign is suspended before they are officially expelled from LaLiga 123 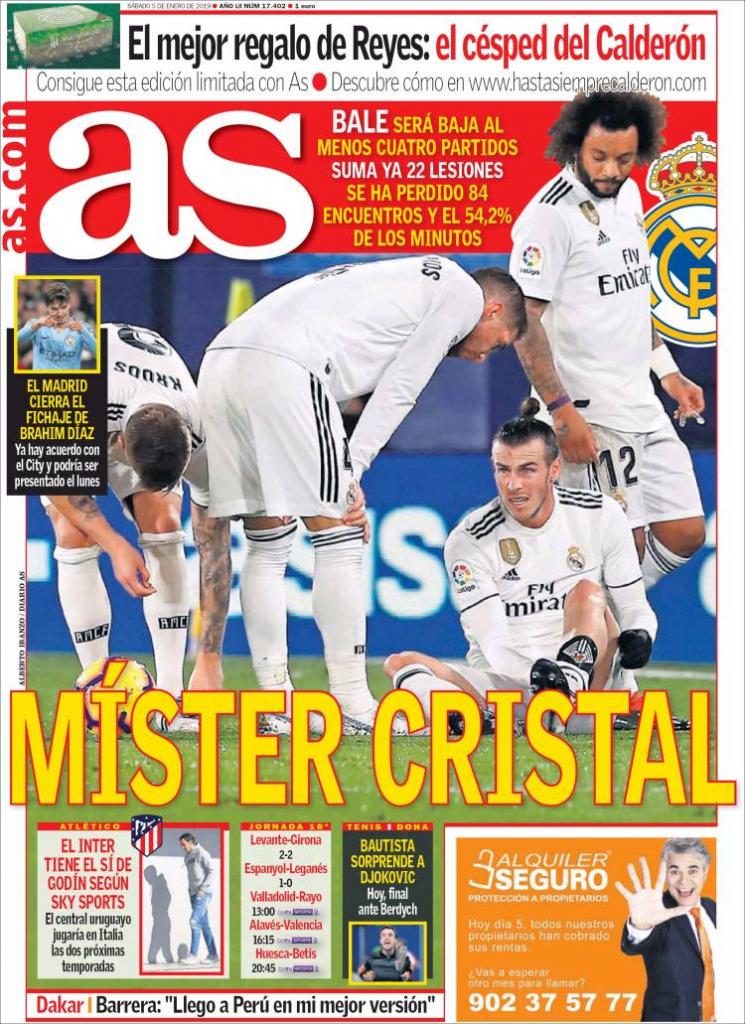 The best Christmas gift: turf from the Calderon

Bale will be out for at least the next four matches

He has now suffered 22 injuries and missed 84 games, amounting to 54.2 percent of minutes on offer

Inter have the 'yes' of Godin, according to Sky Sports 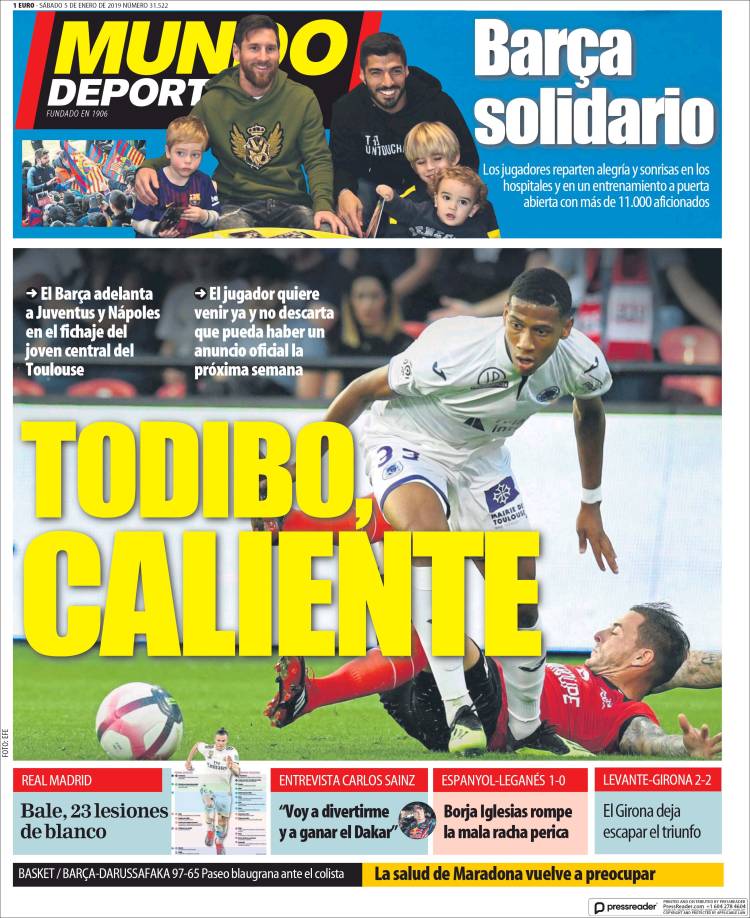 Bale, 23 injuries as a Blanco