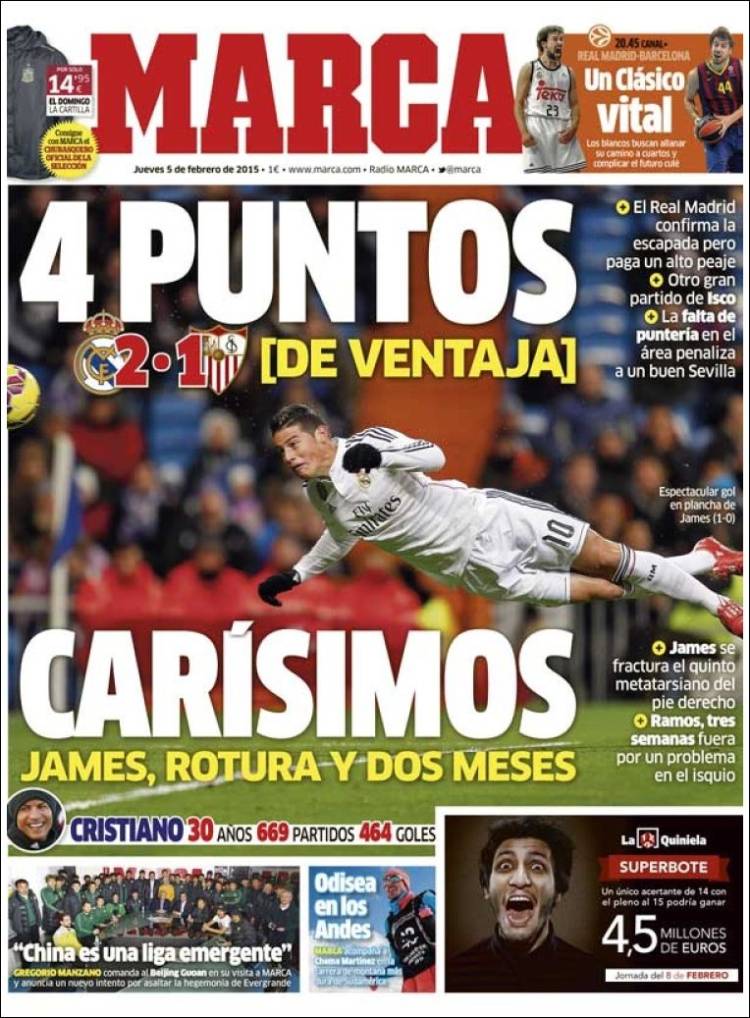 Very expensive; James, a breakdown and two months out

James fractures the fifth metatarsal in his right foot

Ramos out three weeks with a hamstring problem

Real Madrid confirm their breakaway but pay a high price

Another great match from Isco

Lack of marksmanship in the penalty area against a good Sevilla

“China is an emerging League” 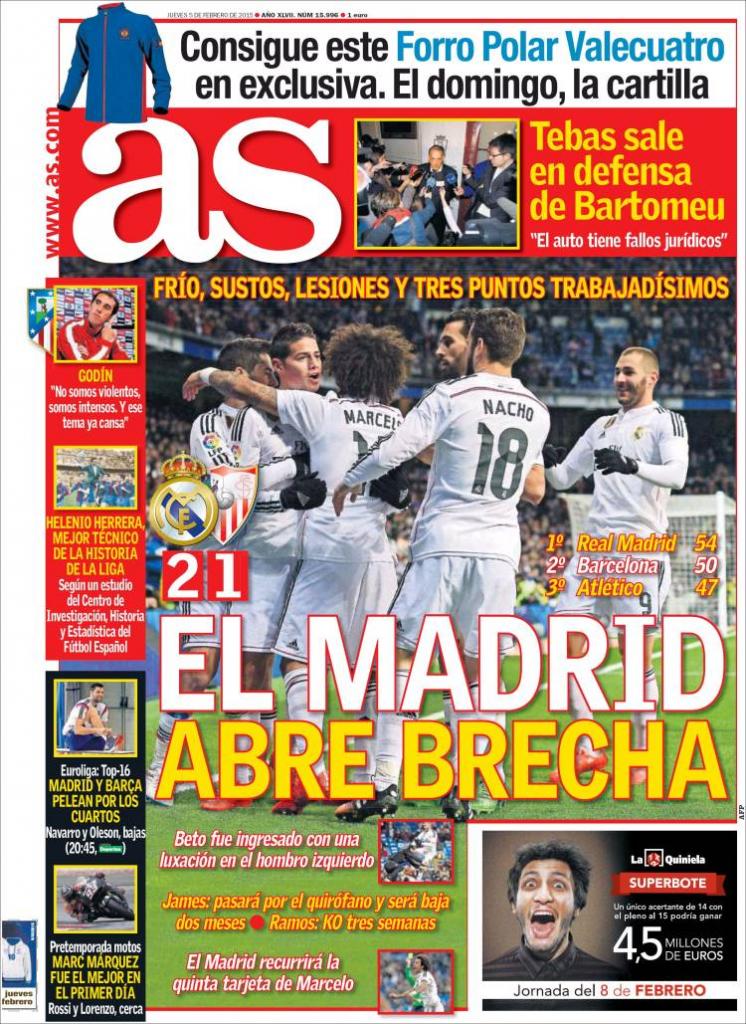 Beto was taken to hospital with a dislocated shoulder

James needs surgery and will be out two months

Tebas comes out in defence of Bartomeu: “The charge has legal ramifications”

Godin: “We are not violent, we’re intense, and I’m tired of the matter”

Helenio Herrera, best Coach in La Liga history, according to a study by the Centre of Investigation, History and Statistics in Spanish football 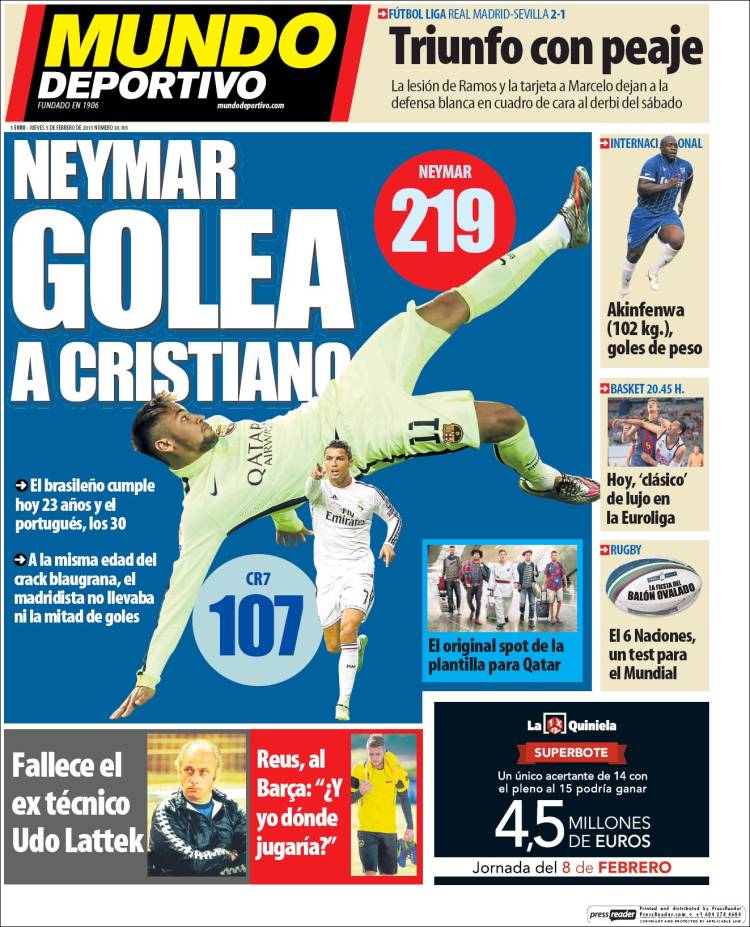 The Brazilian is 23 today and the Portuguese is aged 30

The original ‘spot’ of the squad for Qatar

Akinfewa (102kgs), his weight in goals

Reus, to Barca: “And where would I play?”