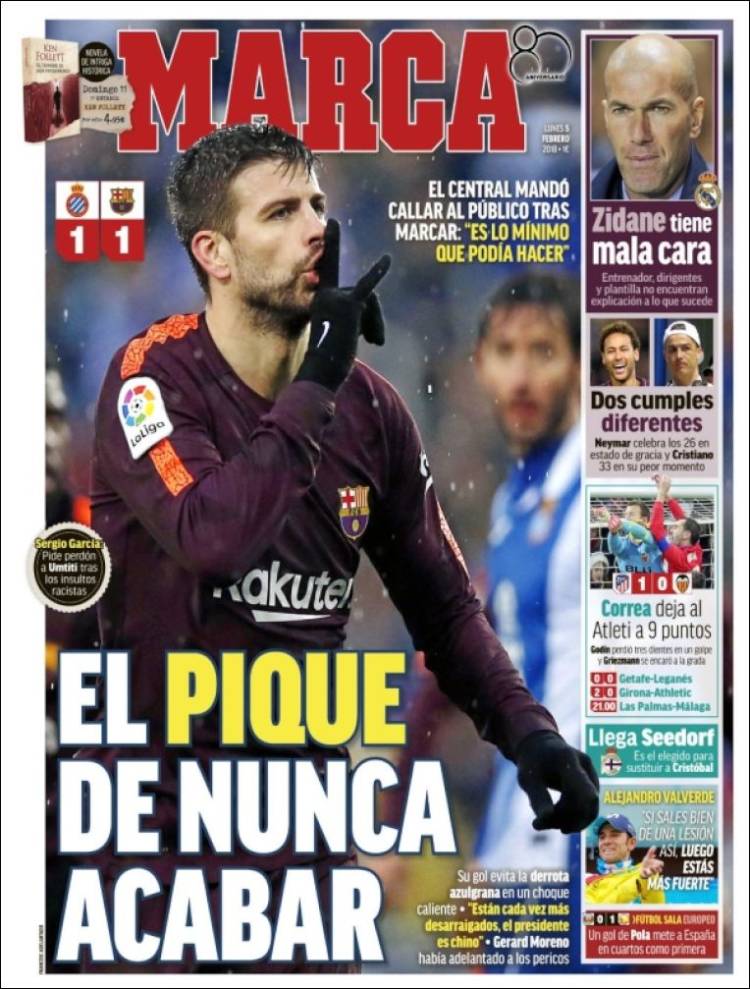 The defender requests silence after scoring: "It was the least I could do"

His goal salvages a draw in a near surprise, "They are more unbalanced each time, their President is Chinese", Gerard Moreno scores for Los Pericos

Sergio Garcia - asks for forgiveness after racial insults to Umtiti

Two different birthdays - Neymar celebrates becoming 26 in a state of grace, Ronaldo 33 in his worst moment 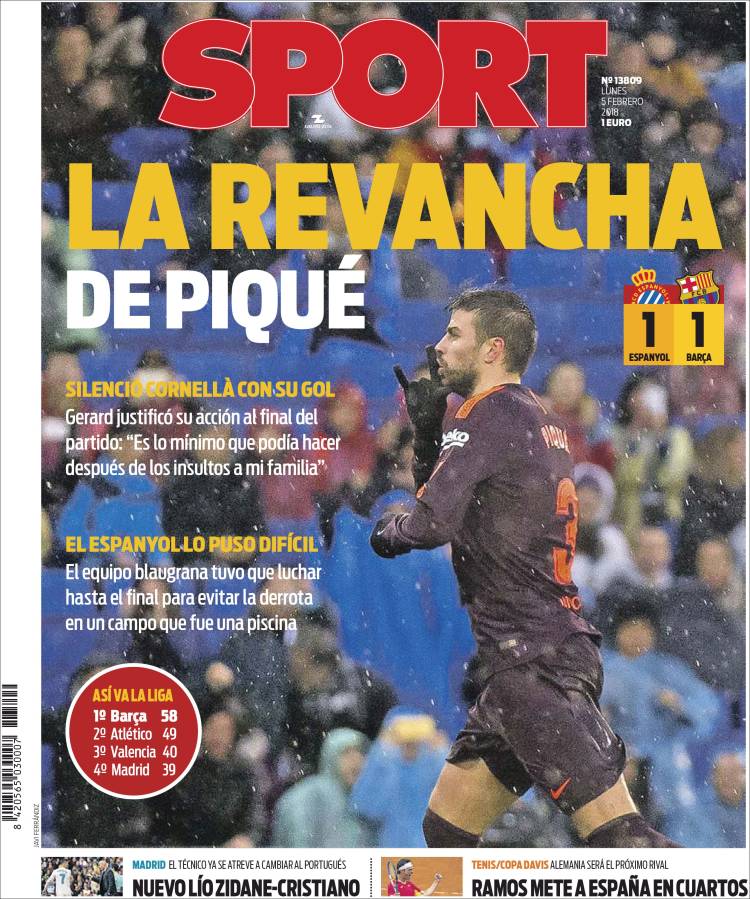 The revenge of Pique

New mess between Zidane and Ronaldo 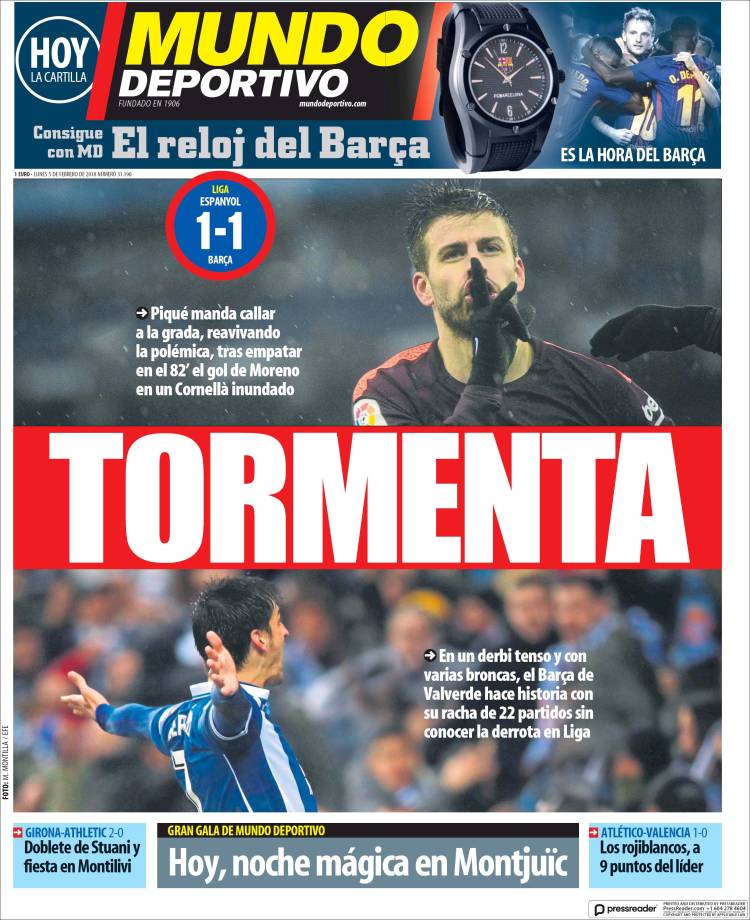 A tense derby with various fights, Barca make history with 22 league games unbeaten at the start of a season

Double from Stuani leads to party at the Montilivi

Atleti within 9 points of the leaders