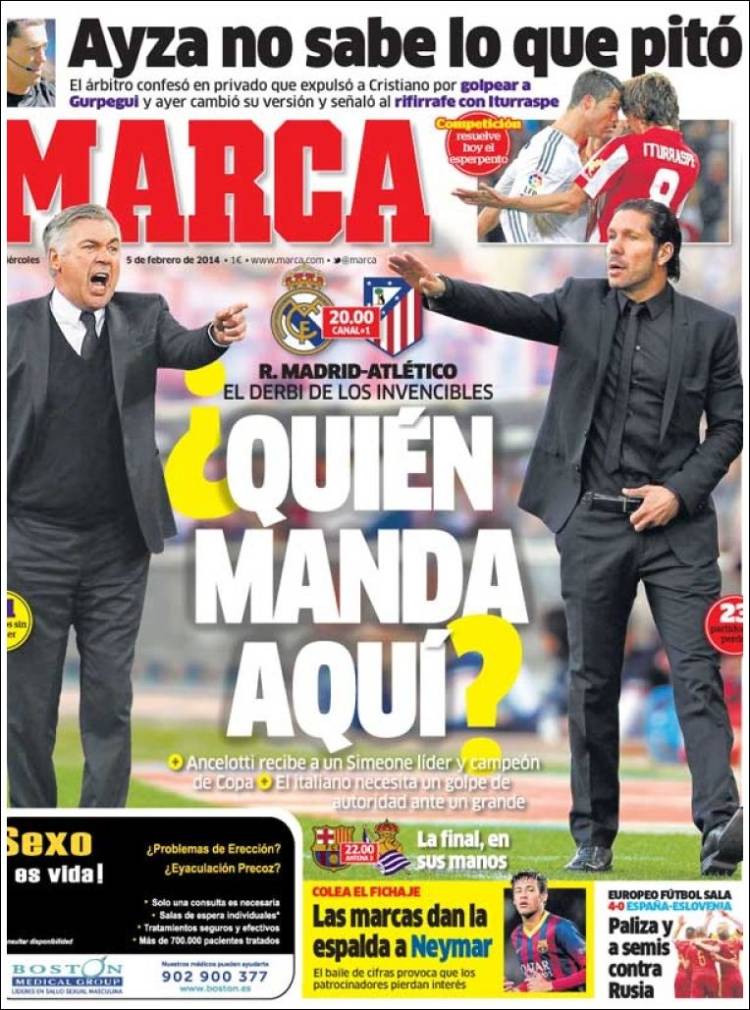 Who is in control here?

The derby of the invincibles

The Italian needs a big win against a big team

Barca: The final is in their hands

Ayza does not what it is he made the call for

The big brands are turning their back on Neymar 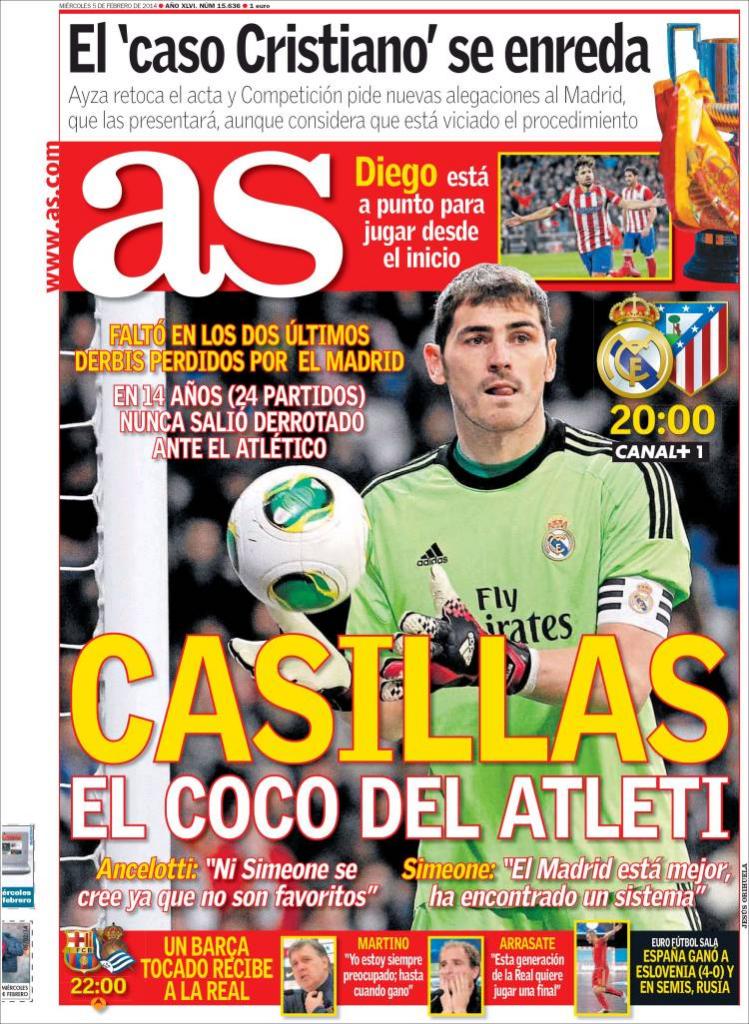 Casillas, the bane of Atletico

He has missed the last two losses against Atletico

Ancelotti: "Niether Simeone does not believe his side are favourites"

Simeone: "Madrid are better, they have now found a system"

A Barca not in great shape welcome La Real

Martino: "I am always worried until we win"

Arrasate: "This generation want a final"

The 'Cristiano case' is a mess 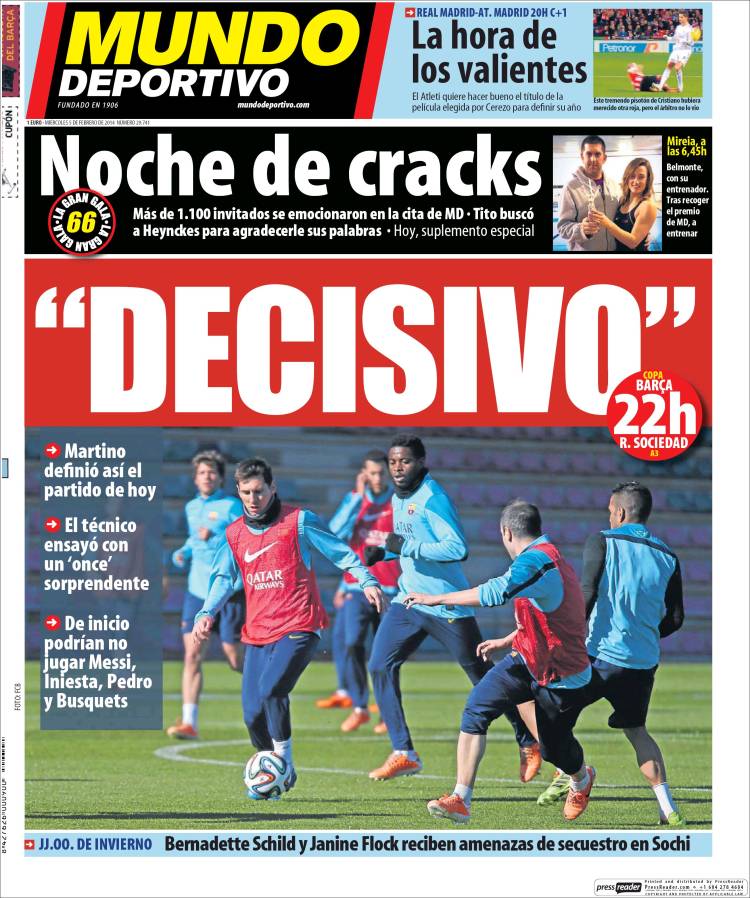 Martino defines the games as such today

The coach could go with a surprise eleven

From the start, Messi could not play along with Iniesta, Pedro and Busquets

Night of stars: More than a 1000 guests came for the MD gala

Tito looked for Heynckes to thank him for his kind words

The hour of the brave