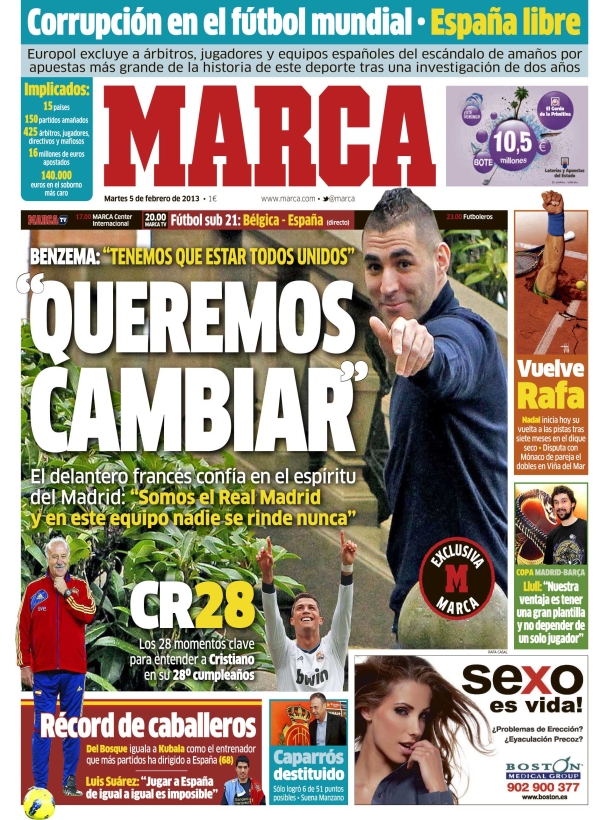 "We want to change", Benzema

"We have to be united", Benzema

The French forward confesses the spirit of Madrid: "We are Real Madrid and in this team nobody surrenders never"

CR28: The 28 key moments to understand Cristiano on his 28th birthday

Record of gentlemen: Del Bosque equals Kubala as trainer with the most games for Spain (68)

Luis Suarez: "To play Spain, player for player, is impossible"

Caparros fired: With only 6 from 51 points total he is gone - Manzano is the dream

Corruption in football: Europol exclude referees, players and spanish teams in the match-fixing scandal that is the biggest in the history of the sport after an investigation of the last two years

Rafa returns: Nadal starts today his training after seven months out in the dry

Copa, Madrid - Barca: "Our advantage is we have a great team ad we do not depend on any one player," Llull 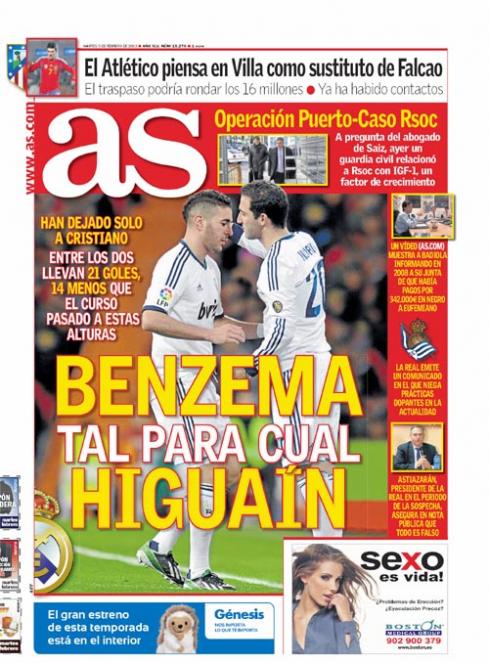 Benzema and his other, Higuain

Real are left with Cristiano

Between the two they have 21 goals, 14 less than at the same time last year.

Atletico thinking of Villa as a subsitute for Falcao

The transfer could reach around 16 million, contact has been made already

A question from the lawyer of Saiz, yesterday a civil guard connected with the Rsoc with IGF-1

A video shows Badiola informing in 2008 is board that he had paid 342,000 in black money to Eufemiano

Astiazaran, president of Real during this period, a suspect in the case, assures his implication is false 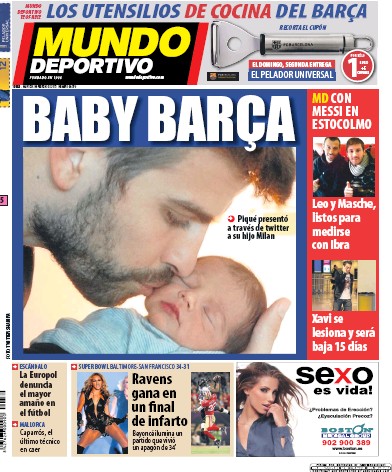 Pique presents his son to the public through Twitter

Super Bowl, Baltimore 34-31 San Francisco: Ravens win the final in a pulsating finish, Beyonce illuminates the game despite a blackout