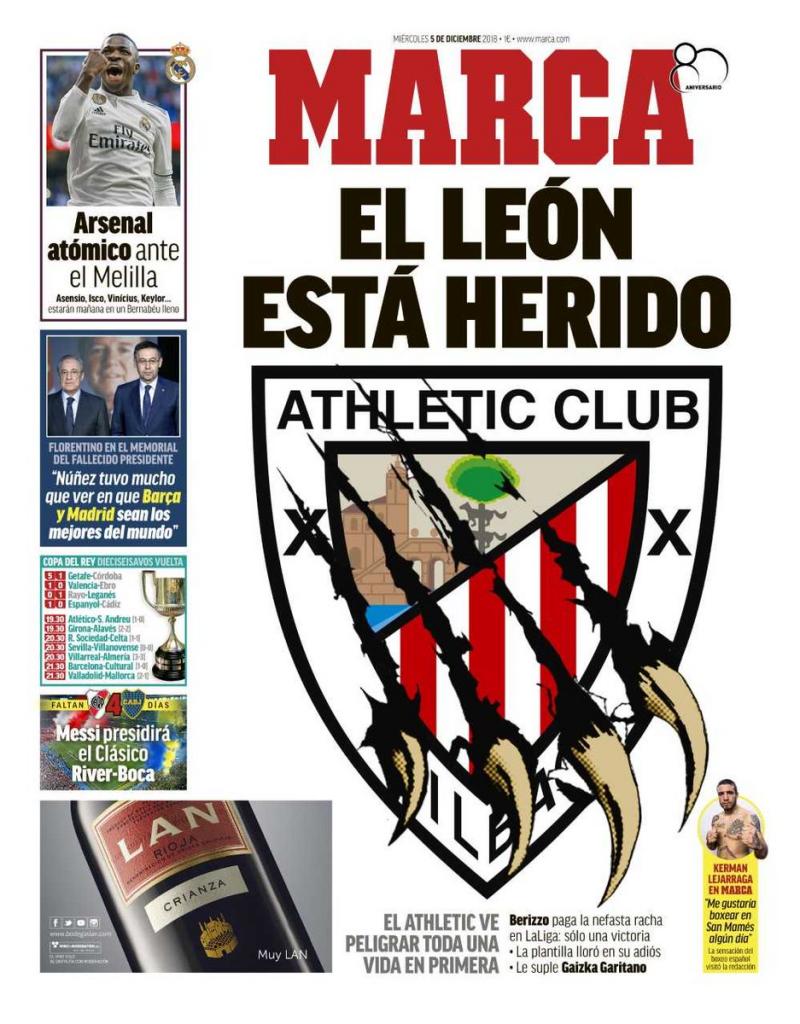 The lion is hurt

Athletic see danger in their top-flight status - Berizzo pays for the ill-fated streak in the league, just one win, Gaizka Garitano is now in

Messi to preside over River-Boca 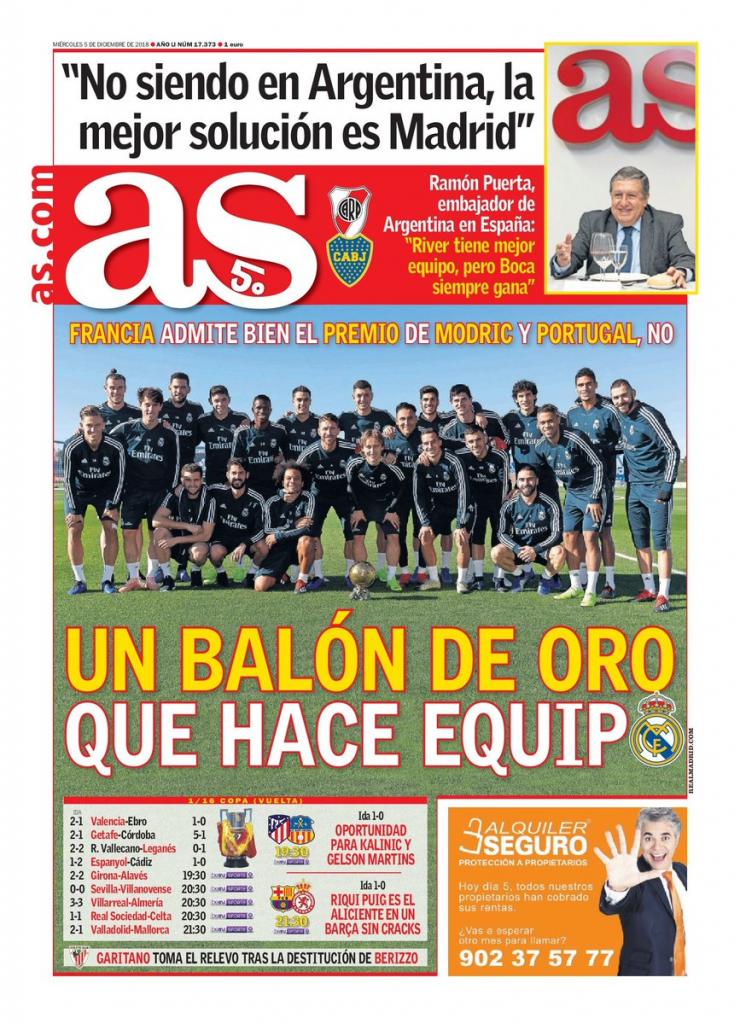 A Ballon d'Or that makes a team

France admits the first for Modric and Portugal, no

"Not being in Argentina, the best solution is Madrid" - Ramon Puerta, Argentina ambassador to Spain - 'River has the best team but Boca always wins' 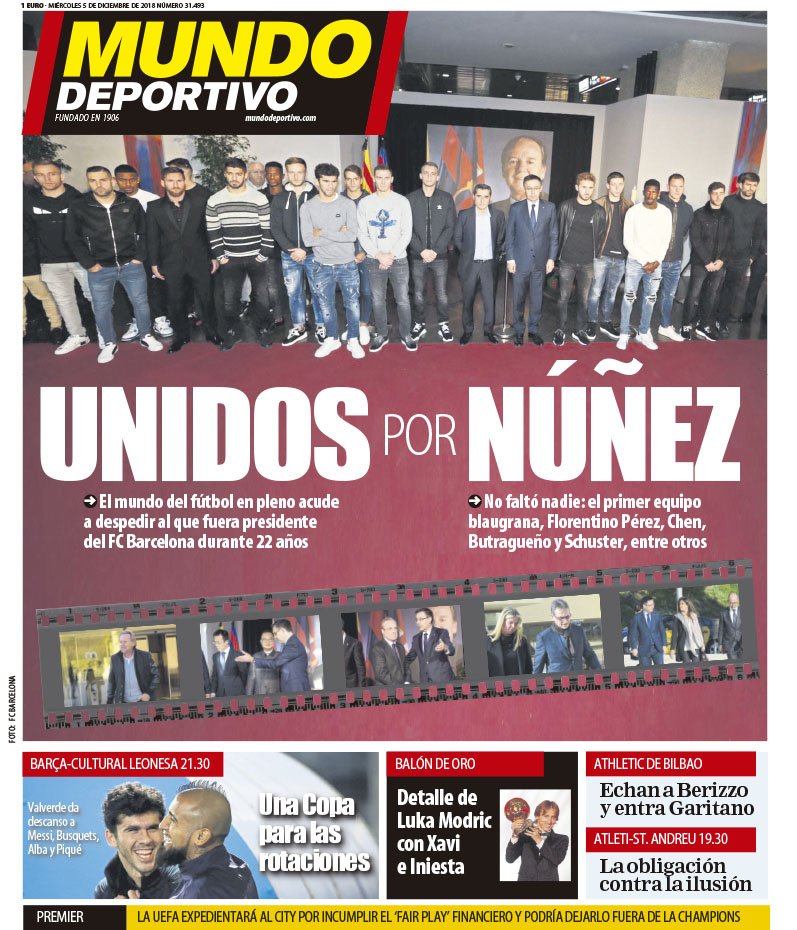 World of football pays tribute to Barca president of 22 years

A Copa for the rotations

Detail of Luka Modric with Xavi and Iniesta