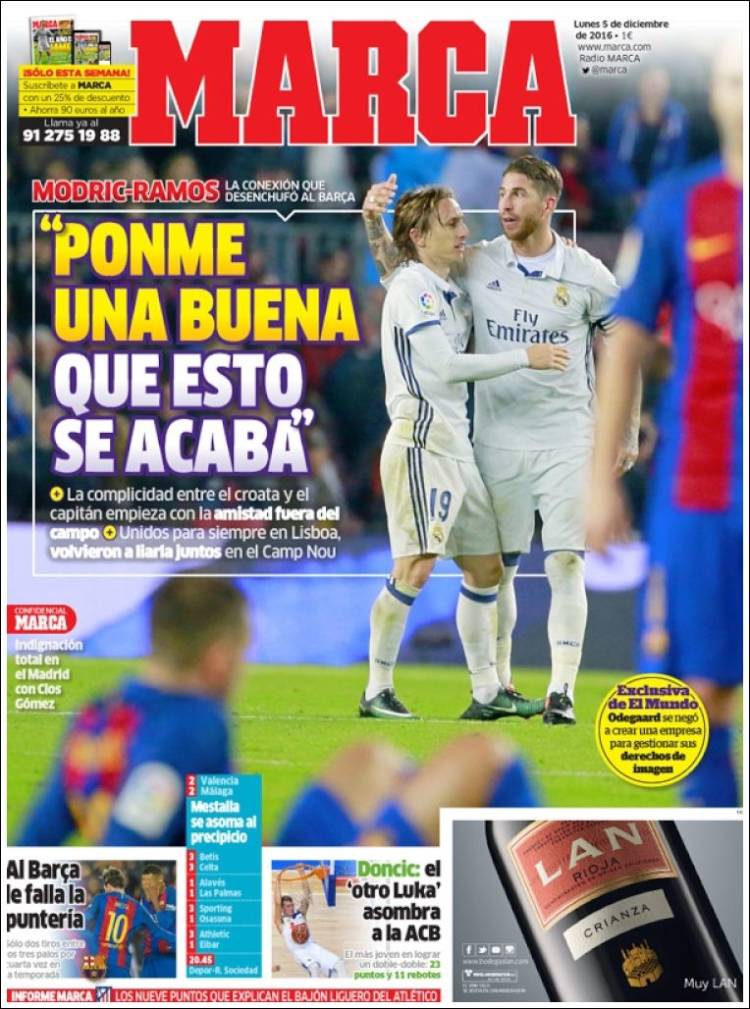 Give me a chance and this is over

Their understanding begins with a friendship off the field

Together forever since Lisbon, they combine in Camp Nou 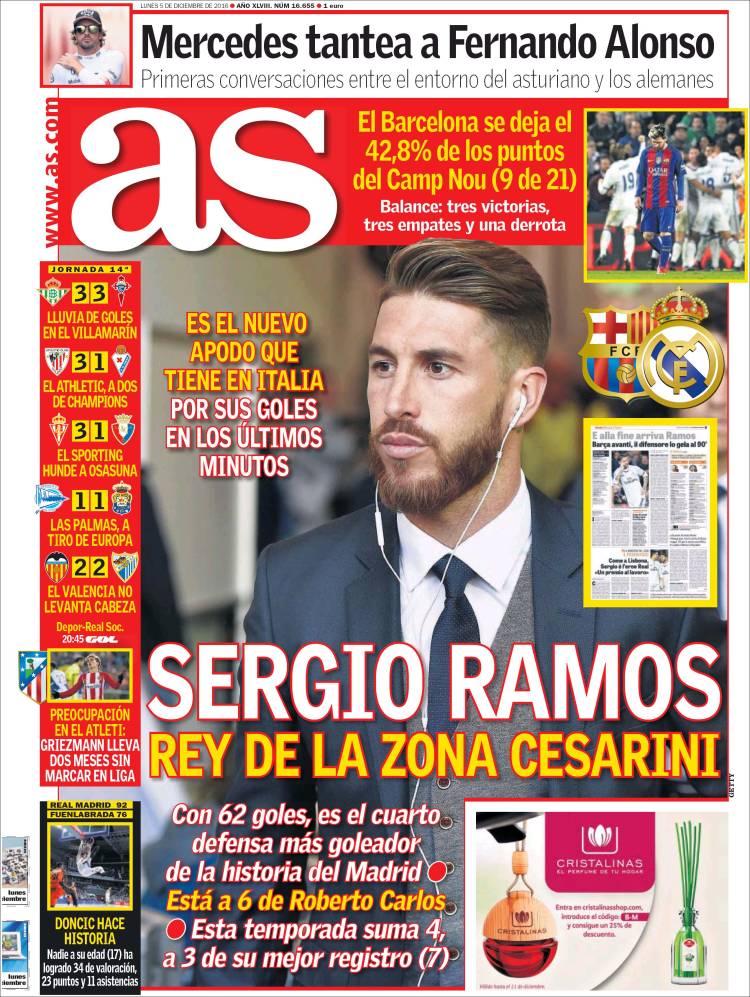 With 62 goals, he is now the 4th highest scoring Real Madrid defender

Barcelona have only won 42.8% of points available at Camp Nou this season

Griezmann has not scored in La Liga for two months 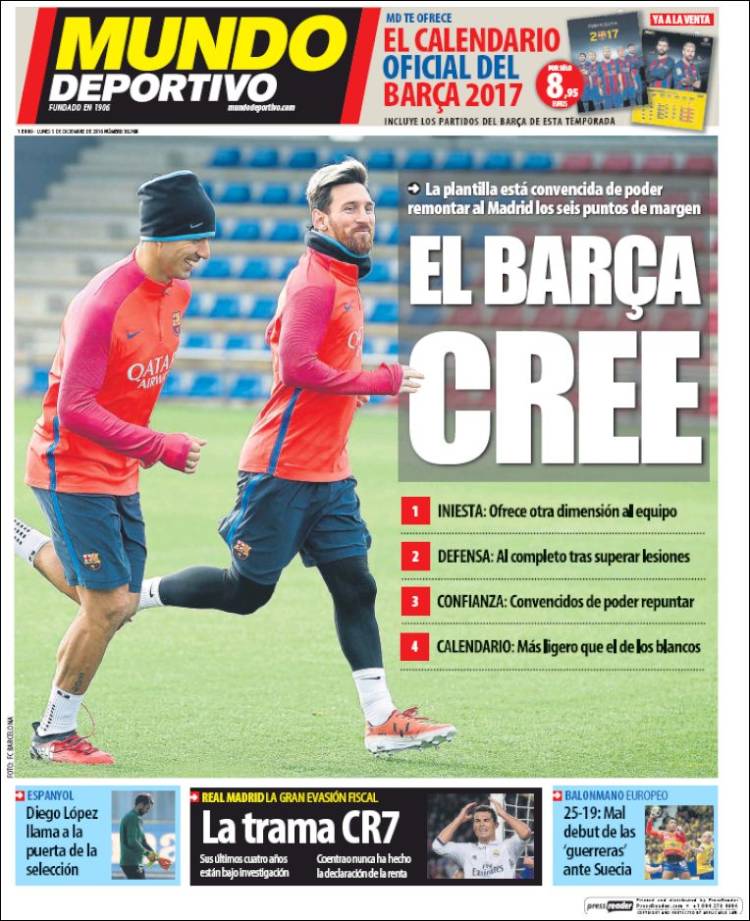 1 - Iniesta offers another dimension to the team

2 - Defence - complete with return from injuries

3 - Confidence - convinced they can make up the points difference

The plot of Ronaldo - investigation focuses on last four years, Coentrao has not been paying tax in Spain