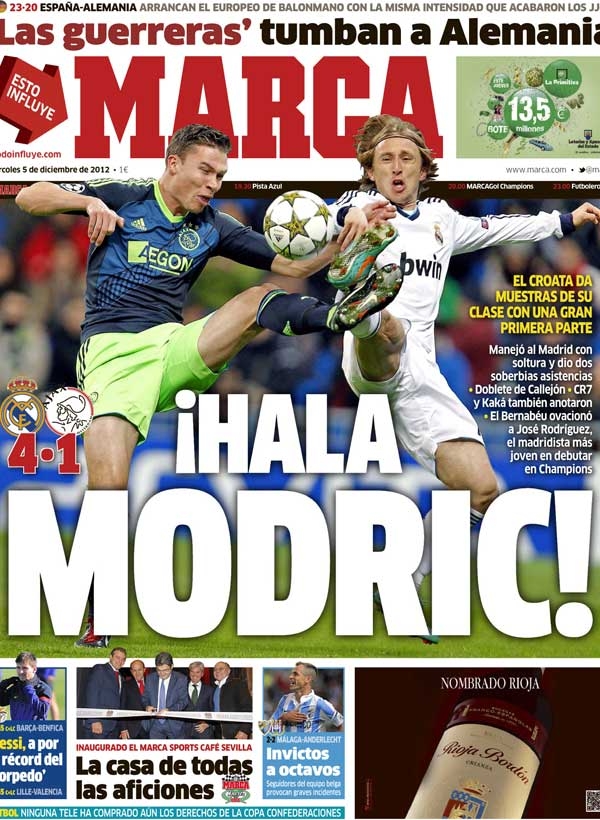 Hala Modria; The Croatian shows his class after a great game

He dictated play for Madrid and provided two assists; a double for Callejobb, CR7 and Kaka also notched a goal; The Bernabeu gave an ovation for Jose Rodriguez, the young Madridista who made his Champions League debut

Inauguration of the Marca sports bar in Sevilla; The home of all fans

Handball; Espana v Alemania: The warriors fall to the Germans 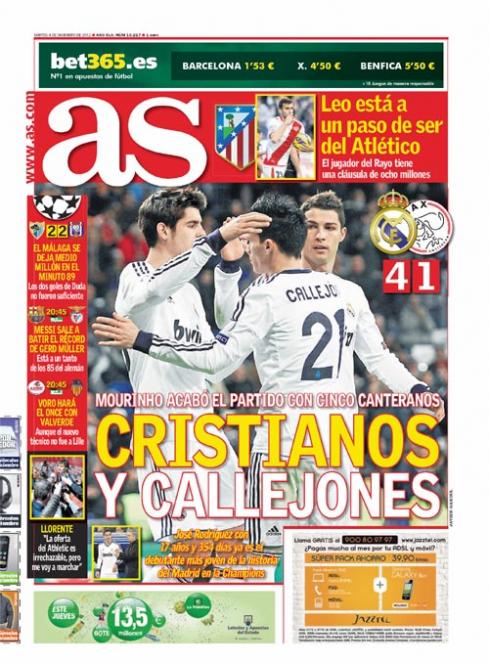 Atletico: Rayo’s Leo is just a step away from becoming an Atletico player; he has a clause in his contract for 8 million euros

Duda’s goals were not enough

Barcelona v Benfica: Messi to beat the Bomber’s record; is just one goal away from the German

Llorente: The offer from Athletic is irresistible, but I will leave still 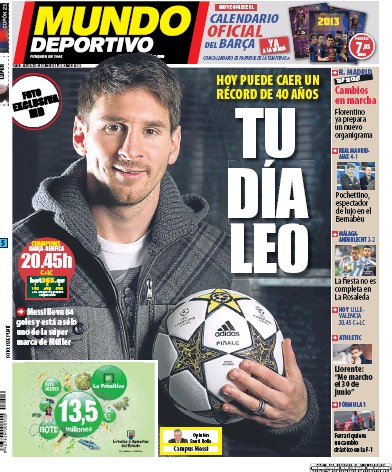 Changes on the way; Florentino already preparing for a new organisational structure

Real Madrid 4-1 Ajax: Pochettino watched on at the Bernabeu

Malaga 2-2 Anderlecht: The party was not complete at La Rosaleda

Athletic Bilbao; Llorente, “I will stay until June 30”