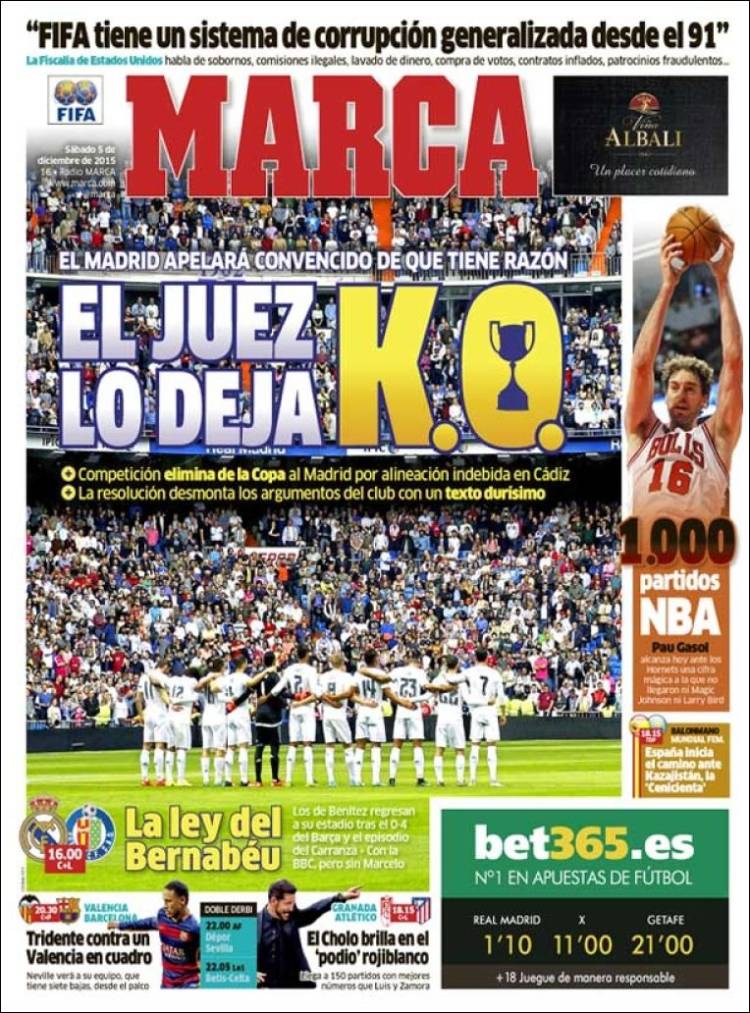 The judge kicks them out

Madrid will appeal, convinced they are in the right

The law of Bernabeu

Benitez’s men return to their stadium after the 0-4 against Barca and Carranzo episode – with the BBC, but no Marcelo

“FIFA has operated a system of widespread corruption since 91”

Trident against a Valencia side in the spotlight

Nevilla will watch his new team, who has seven injuries, from the stands

Reaches 150 games with better numbers than Aragones and Zamora 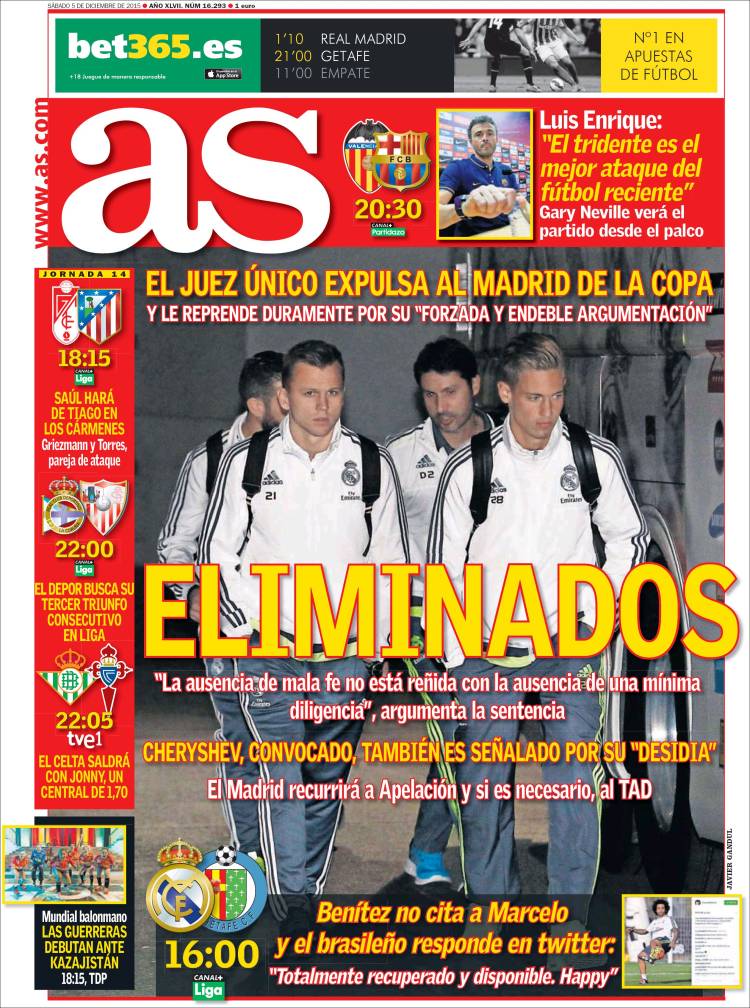 The only judge expels Madrid from the cup

He harshly reprimands them for their “forced and feeble argument”

Cheryshev, summoned, is also noted for his “apathy”

Madrid resort to the Appeals Committee and, if necessary, TAD

Benitez does not call up Marcelo

The Brazilian responds on Twitter: “Fully recovered and available. Happy.”

Luis Enrique: “The trident is the best attack in recent football history”

Gary Neville will see the match from the stands

Griezmann and Torres will be the strike partnership

Depor seek their third consecutive victory in the League

Celta will go with 1.70m Jonny at centre-back 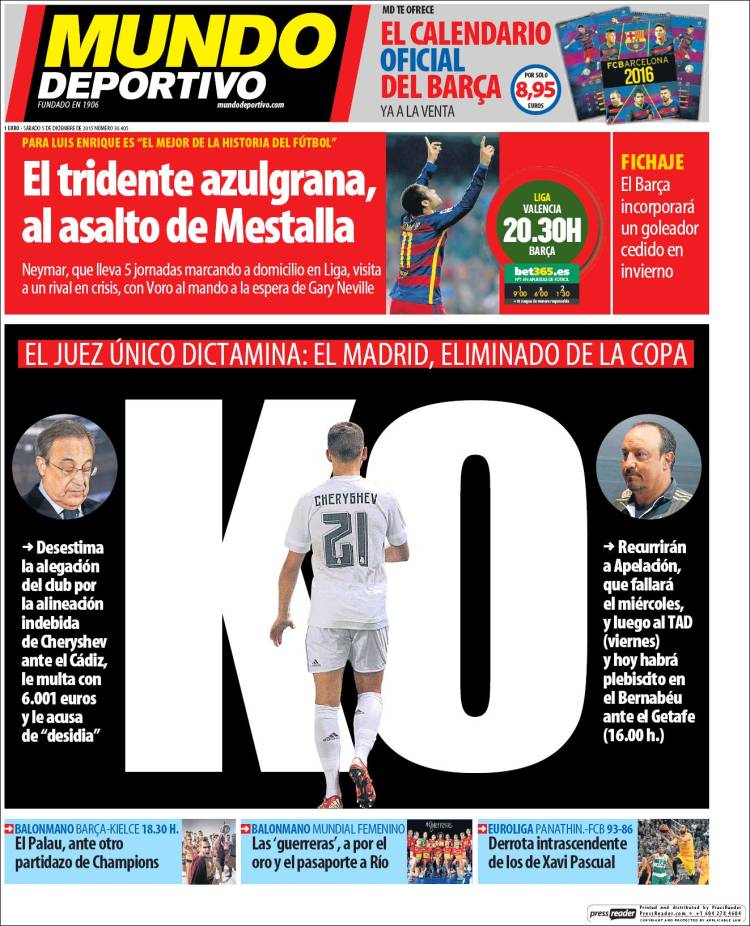 Dismisses Madrid’s claim for their improper use of Cheryshev against Cadiz, fines them €6,001 and accuses them of “negligence”

They will resort to the Appeals Committee on Wednesday and, if that fails, TAD on Friday, and there will be a referendum at the Bernabeu against Getafe

For Luis Enrique, they are “the best in the history of football”

Neymr, who has scored in his last five League games, visits a rival in crisis, with Voro in charge and Gary Neville on standby

Barca will sign a striker on loan in January