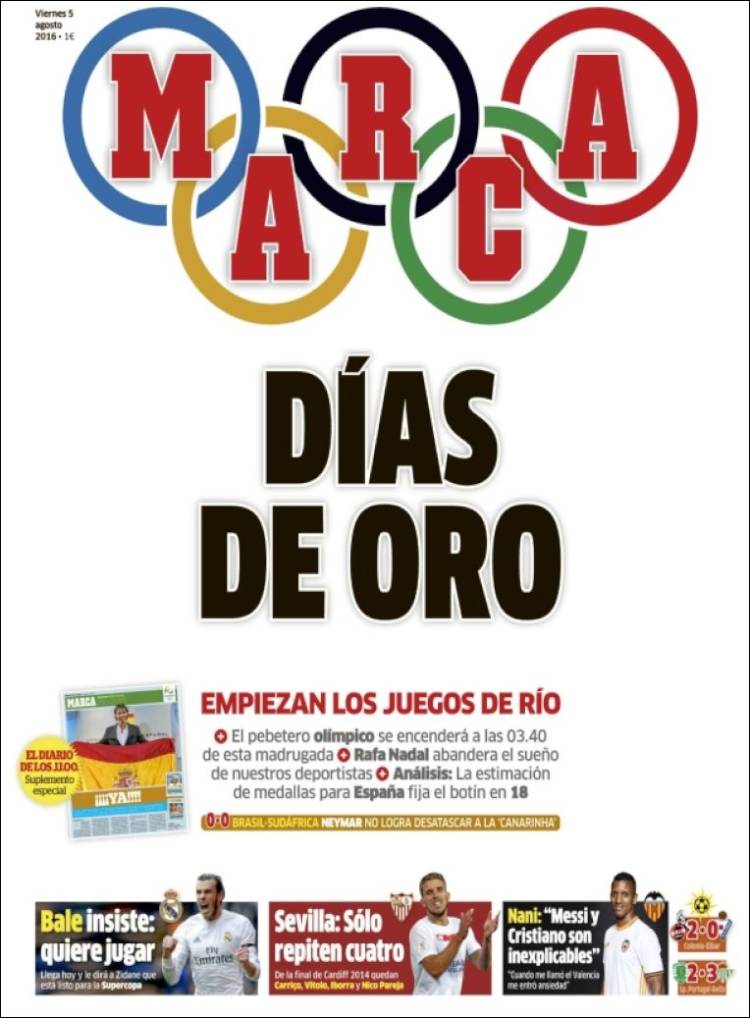 Neymar fails to release the Canarinha

Bale insists: he wants to play

From the 2014 final in Cardiff, only Carrico, Vitolo, Iborra and Nico Pareja are left

Nani: “Messi and Cristiano are inexplicables”

"When Valencia called me, I became anxious” 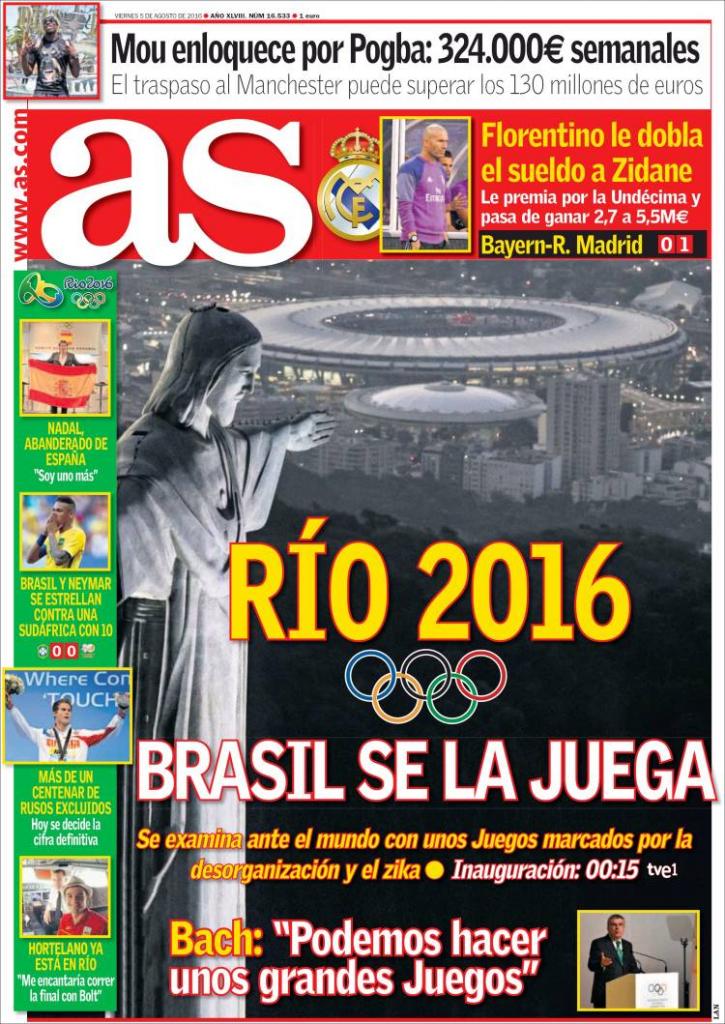 Brazil go for it

Zidane is rewarded for La Undecima and will earn €5.5m from €2.7m

His transfer to Manchester could exceed €130m 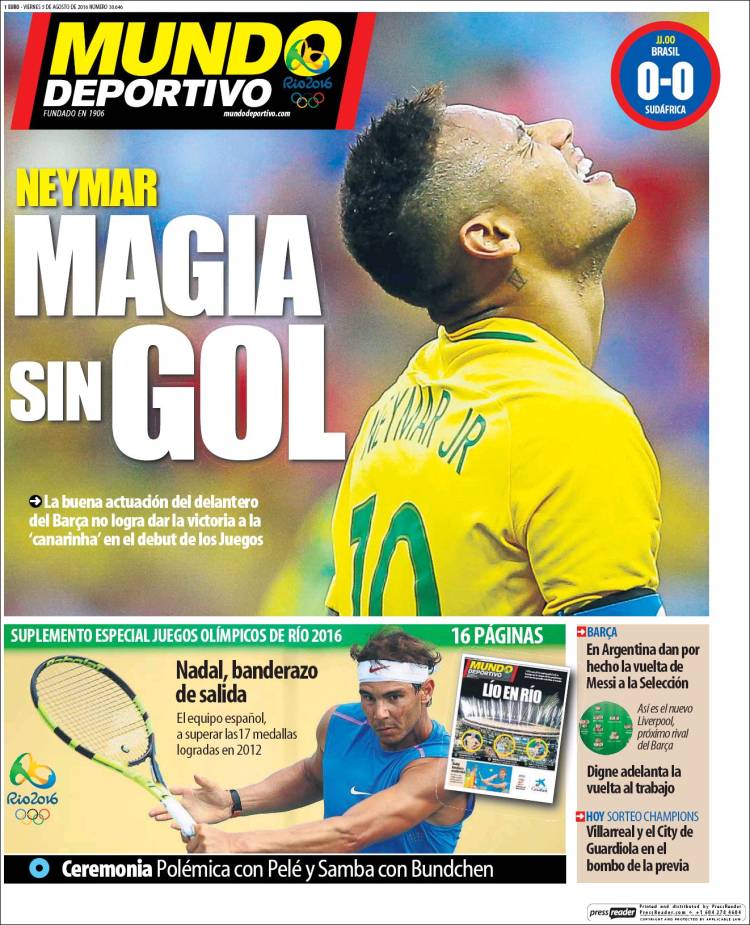 Magic without a goal

In Argentina, they assume the return of Messi to the national team

Digne’s return ahead of schedule

Villarreal and Guardiola’s City in the hat