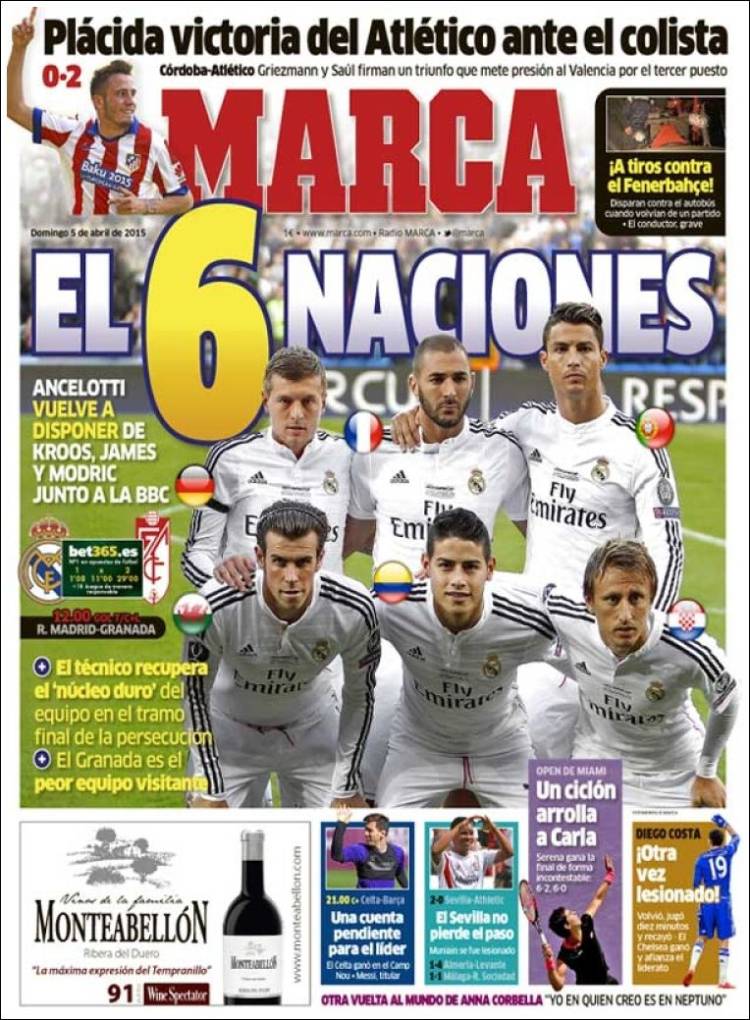 Ancelotti has Kroos, James and Modric available again as well as the BBC

Granada are the worse visiting team

Comfortable victory for Atletico against the bottom side

Shots against Fenerbahce! Shots fired at the bus when returning from a game. The driver serious

An outstanding account for the leaders. Celta won at the Camp Nou. Messi in the starting line-up

Sevilla not out of step

Diego Costa injured again! He came back, played 10 minutes, and suffered a relapse. Chelsea win and strengthen their leadership 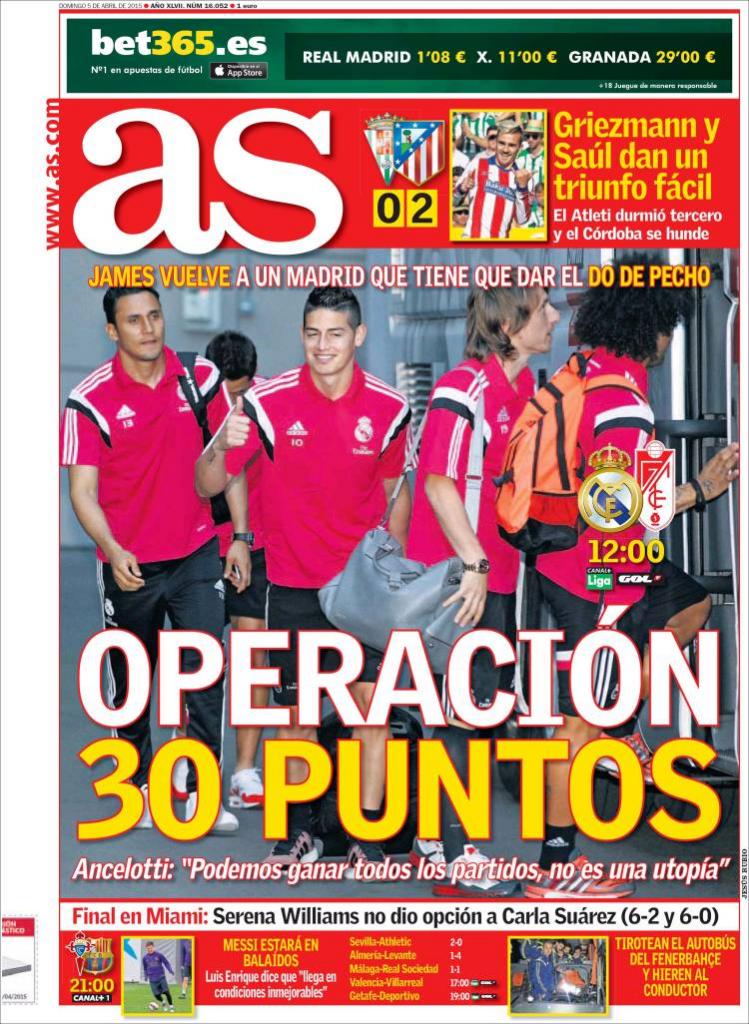 Ancelotti: “We can win all our games, it’s not a pipe dream”

Messi will be at Balaidos

Luis Enrique says that “he arrives there in unbeatable condition”

Fenerbahce bus fired upon and the driver wounded 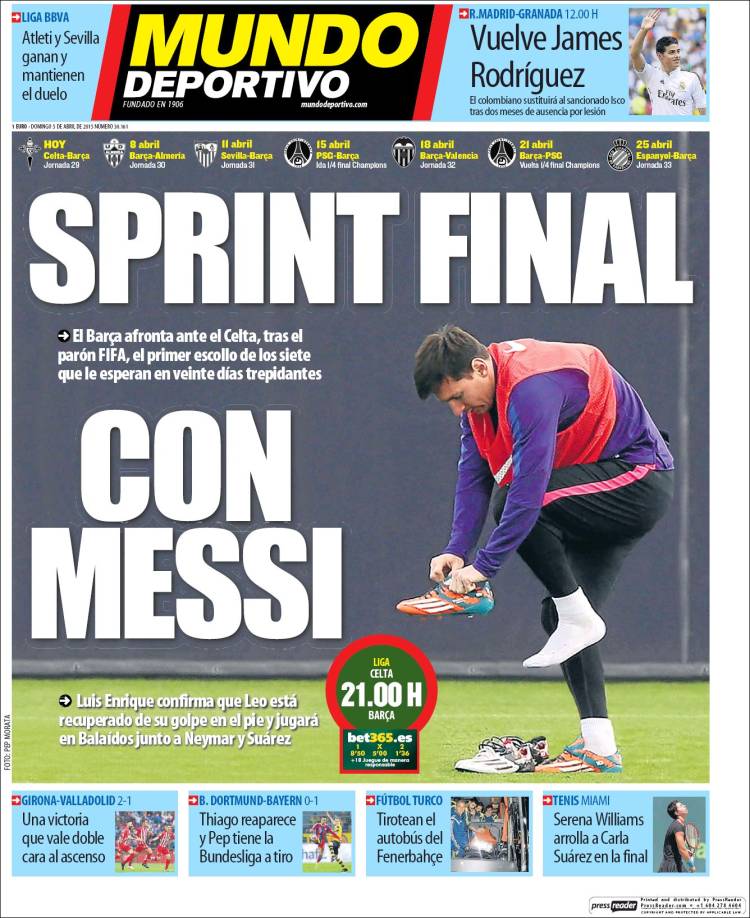 Barca face against Celta following the FIFA break, the first potential pitfall that awaits them in 20 hectic days

Atletico and Sevilla win to maintain the fight

James Rodriguez returns. The Colombian will replace the banned Isco after a two month absence through injury

Girona 2 Valladolid 1: A victory worth double in the battle for promotion

Borussia Dortmund 0 Bayern 1: Thiago reappears and Pep has the Bundesliga within range