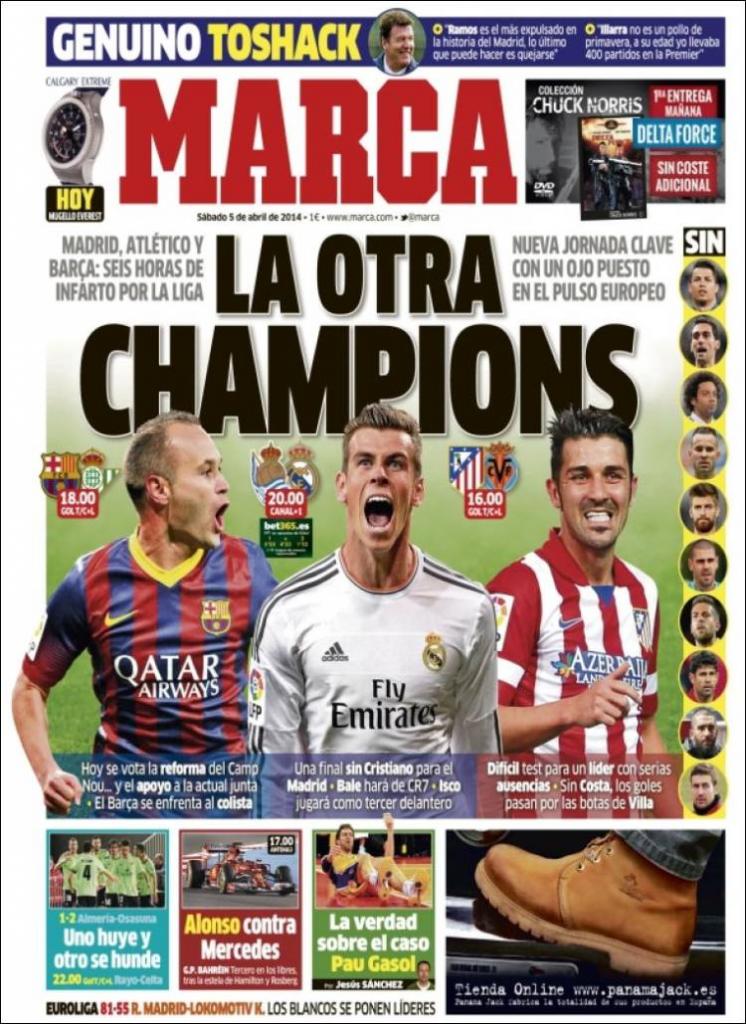 The other Champions League

A new key match day with eyes on Europe

Today is the vote to reform Camp Nou... and to see if they get the support of the council

It is a final for Madrid without Ronaldo

Bale will be the CR7

Isco will play as the third forward

No Costa, the goals will have to come from the boots of Villa

Genuine Toshack: "Ramos is the most sent-off player in Madrid history, the last thing he can do is complain"

"Illarra is not a springchicken, at his age I had played 400 games in the Premier division"

One hides and the other sinks

The truth about the Pau Gasol case 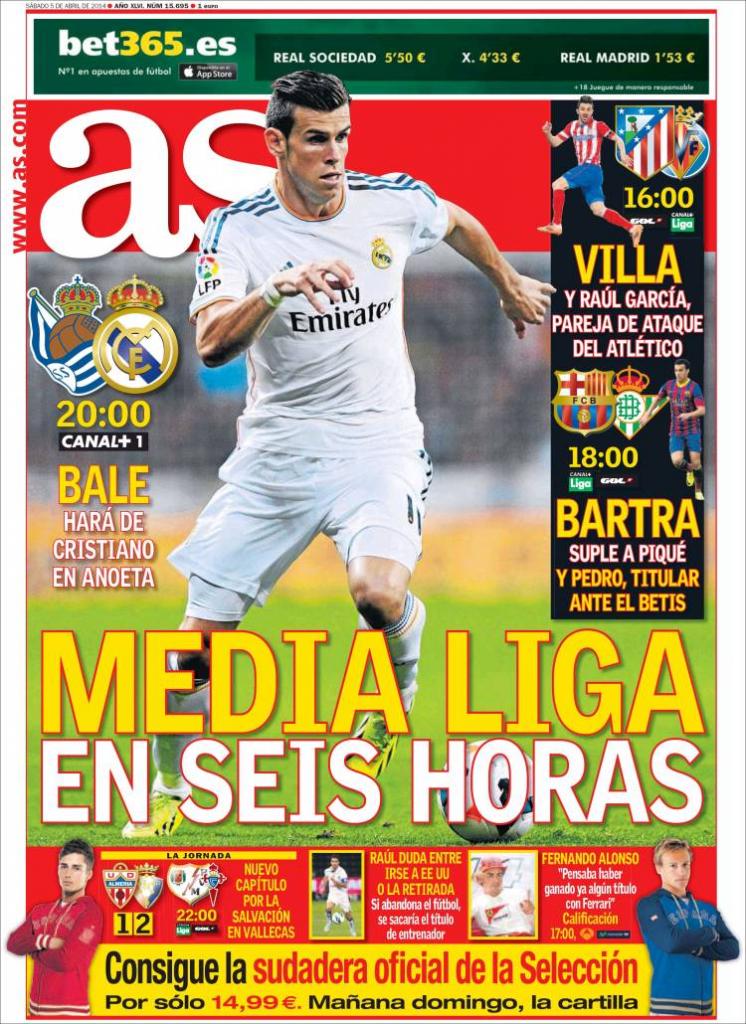 A six-hour fight for La Liga

Bale will be the Cristiano of the Anoeta

Bartra will cover for Pique, Pedro will start against Betis

Villa and Raul Garcia to partner up in attack

A new chapter in the fight for salvation in Vallecas

If he retires, he will become a coach

Fernando Alonso: "I thought I would have won a title already with Ferrari" 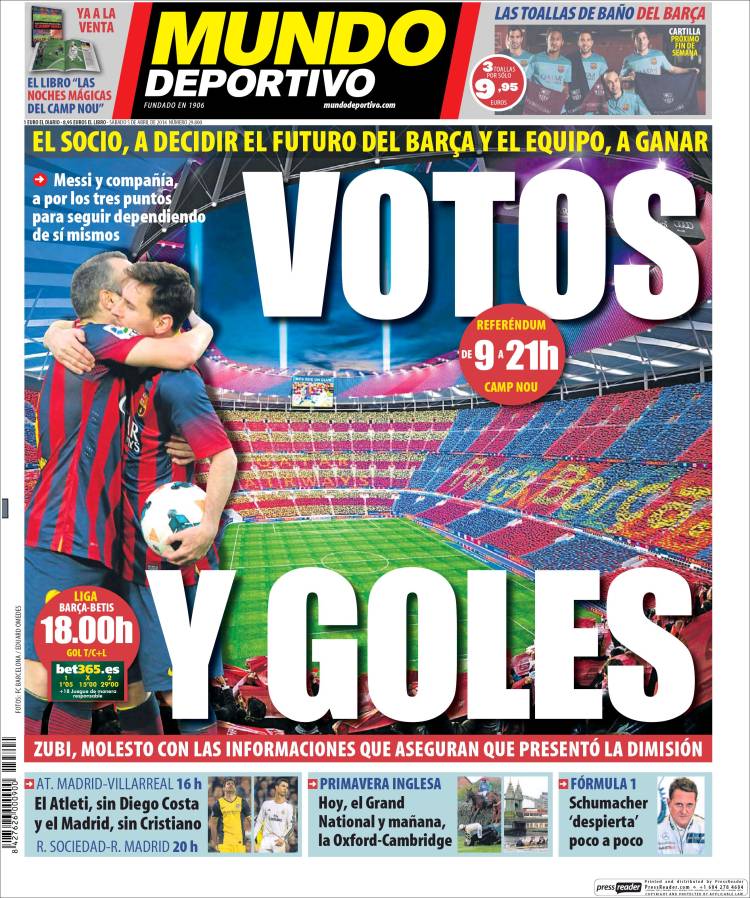 The club members to decide the future of the club, the team to win

Atleti, without Costa, and Real Madrid, without Ronaldo

Schumacher wakes up bit by bit