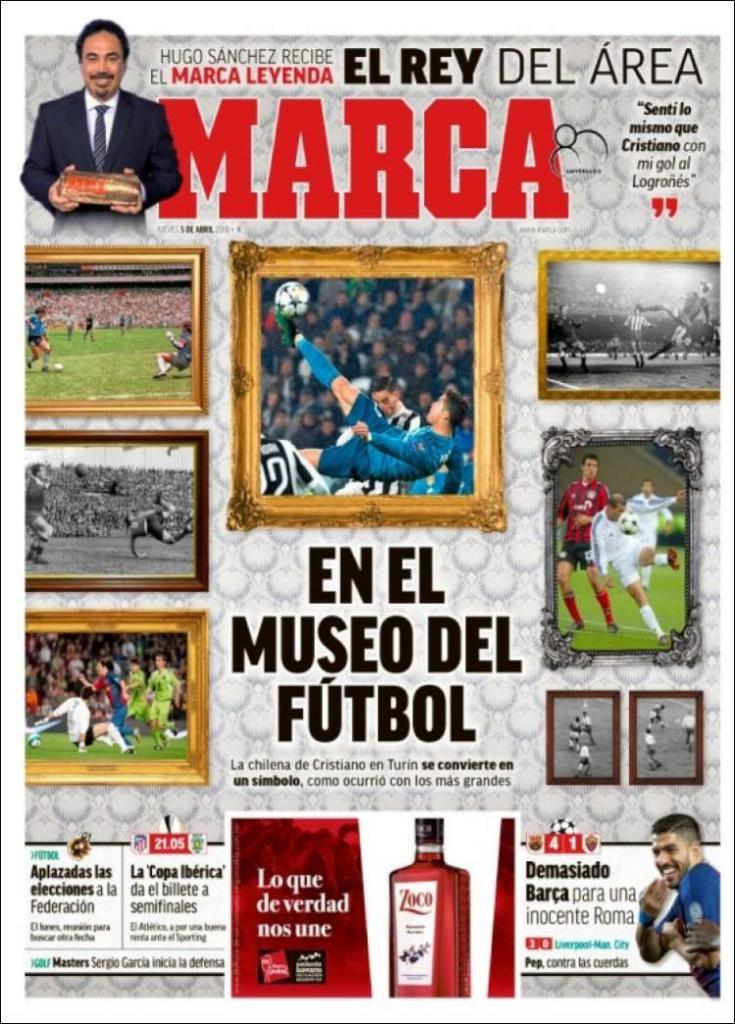 In the museum of football

Hugo Sanchez receives Marca' legend award: "I feel the same about Cristiano's goal as my own against Logrones"

Barca too good for innocent Roma 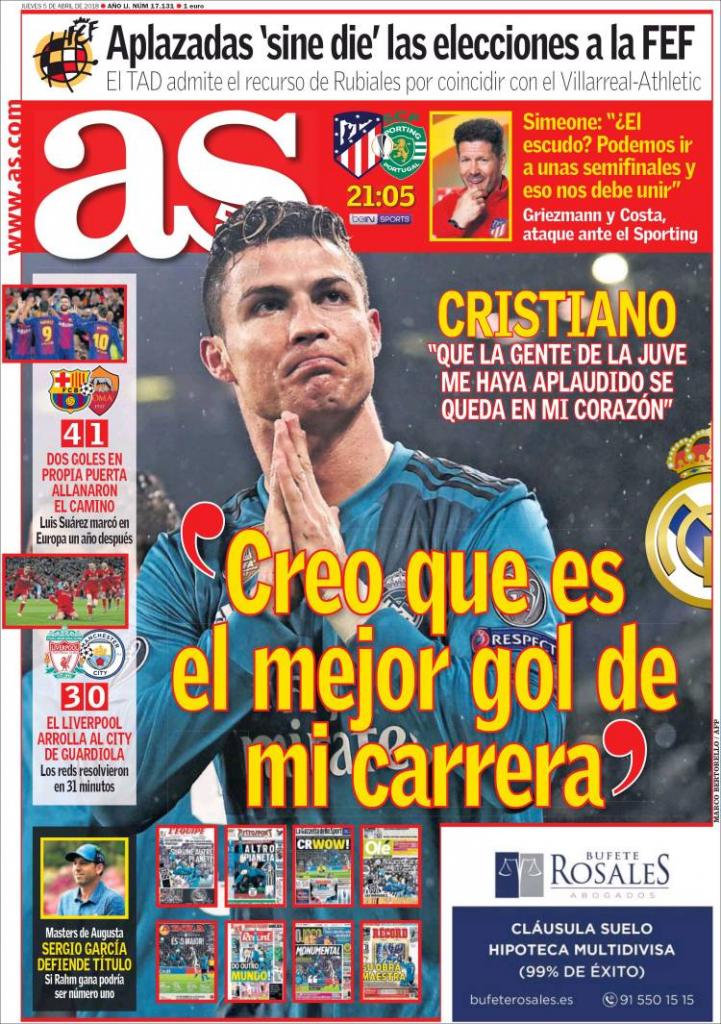 "I believe it's the best goal of my career"

Cristiano: "For the fans of Juve who applauded me, you are in my heart"

Simeone: "The cup? We should go to the semi-finals and this should unite us" - Griezmann and Costa to start in attack 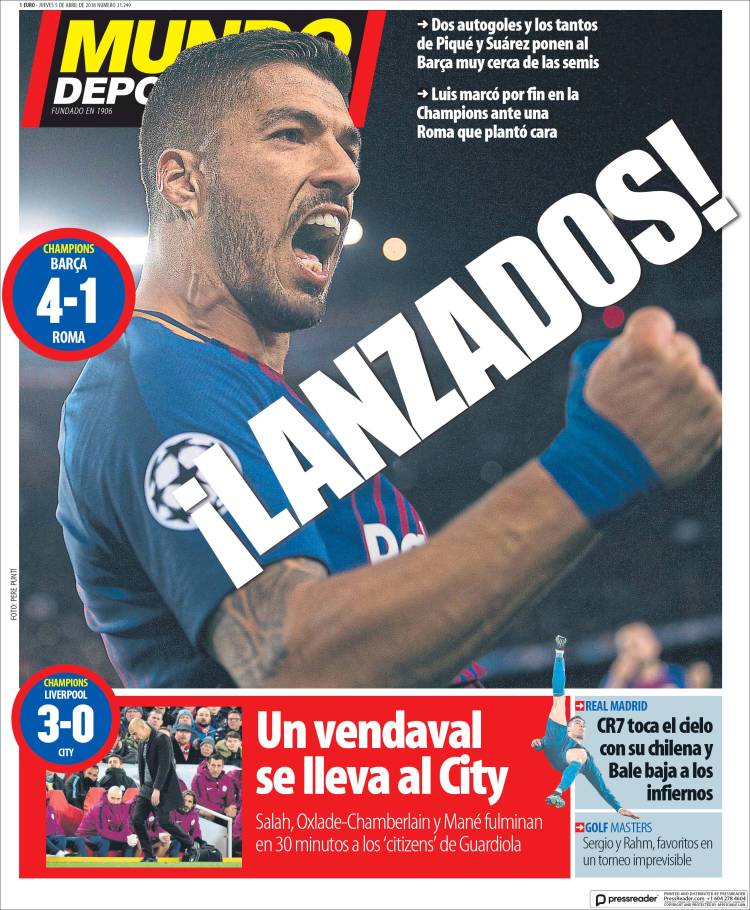 A gale takes City away

Ronaldo touches the sky with his chilena