Today's front page headlines, in English, from Marca, AS and Mundo Deportivo. 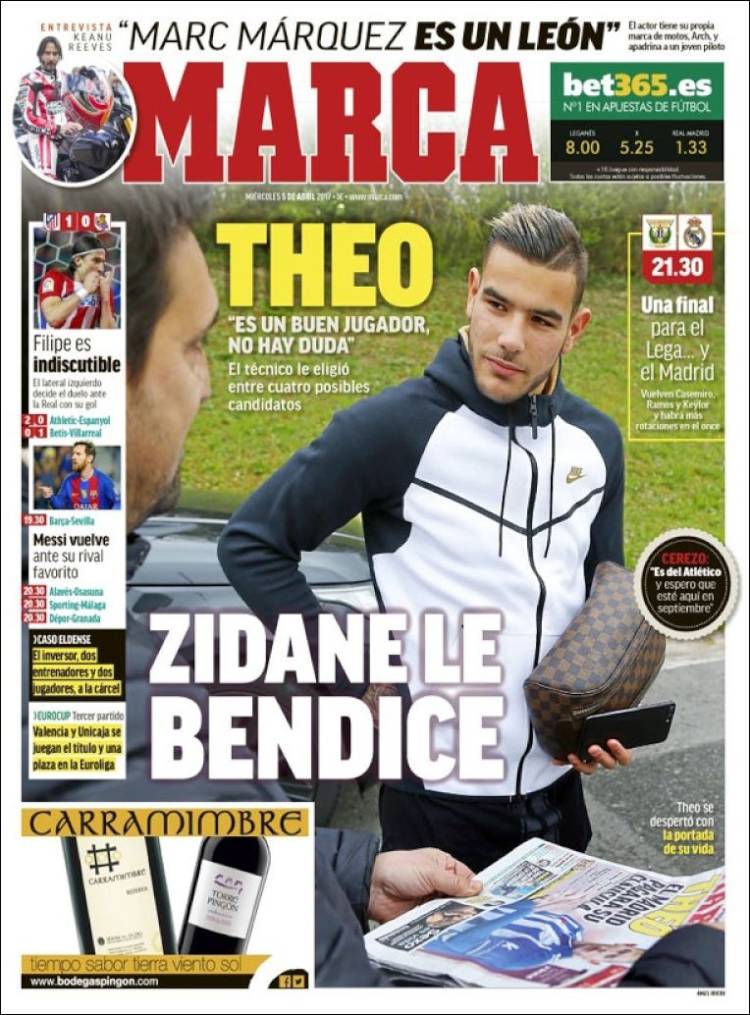 Manager chooses him from 4 left back candidates - 'he's a good player, there isn't a doubt'

Cerezo: It's Atletico's and I hope it's here in September

A final for Leganes...and Madrid - Casemiro, Ramos and Navas return to the starting XI

The investor, two coaches and two players arrested at Eldense 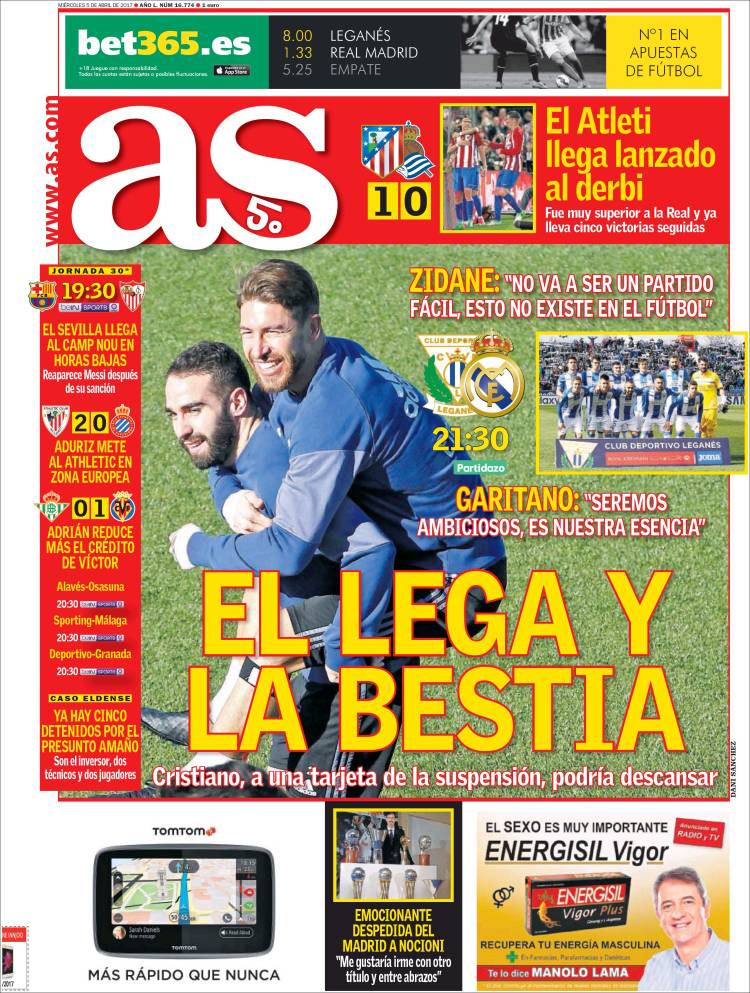 Leganes and the beast

Cristiano Ronaldo - a yellow card away from suspension for Madrid derby, could be rested

Zidane: This will not be an easy match, they don't exist in football

Garitano: We will be ambitious against Real Madrid 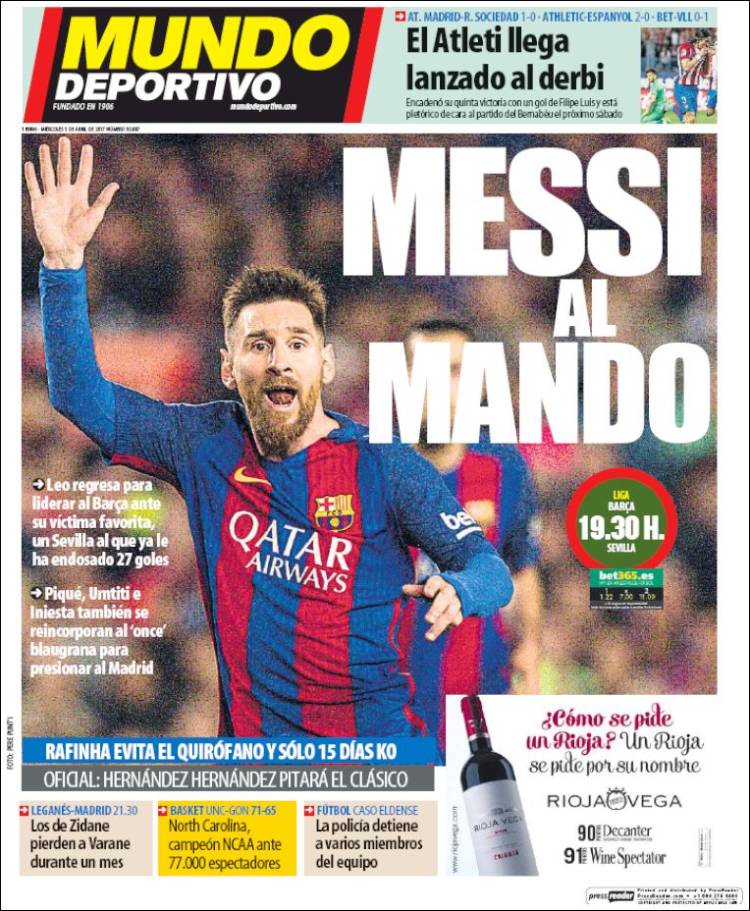 Pique, Umtiti and Iniesta also to be incorporated back into the starting XI to close gap to Madrid

Rafinha faces only 15 days out

Madrid lose Varane for a month