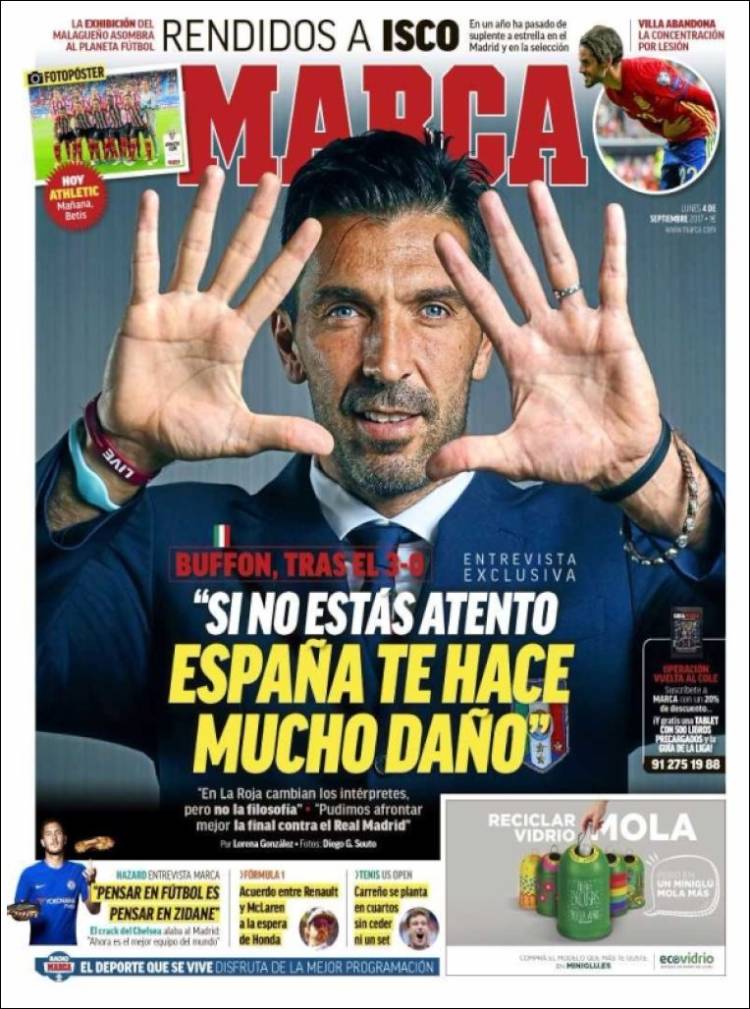 "If you aren't attentive against Spain, they'll hurt you a lot"

Buffon after 3-0 loss- 'Spain's players change but not the philosophy', 'We were able to cope better in the final against Madrid'

Rendition of Isco - star of Spain and Madrid

Villa leaves team due to injury

Hazard: To think of football is to think of Zidane 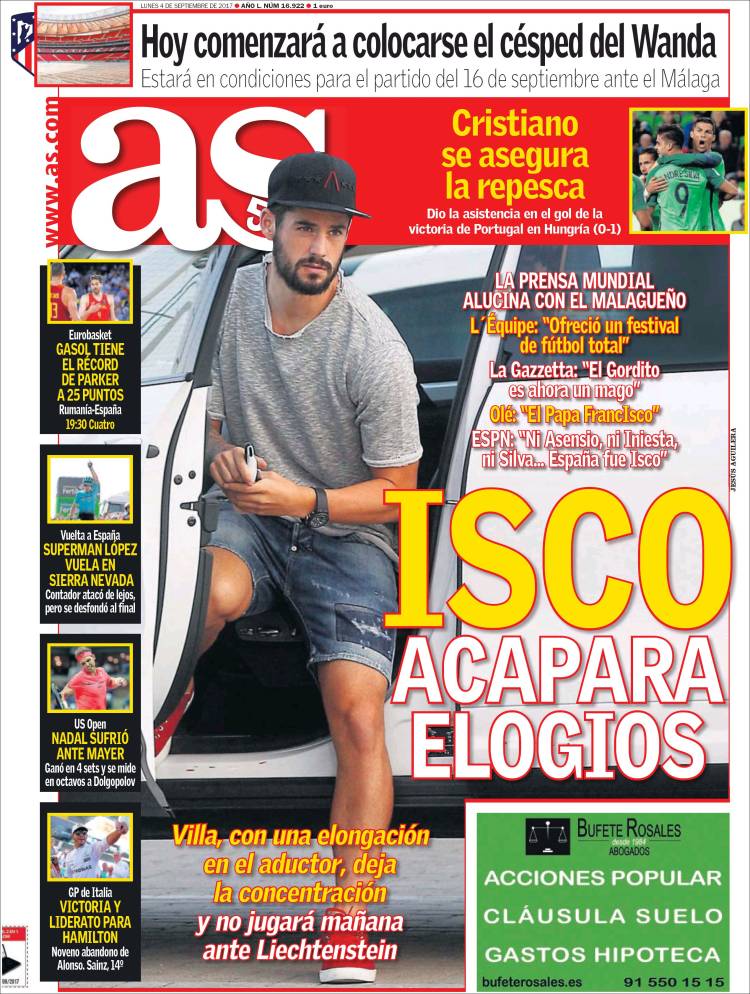 Villa won't play against Liechtenstein due to abductor injury 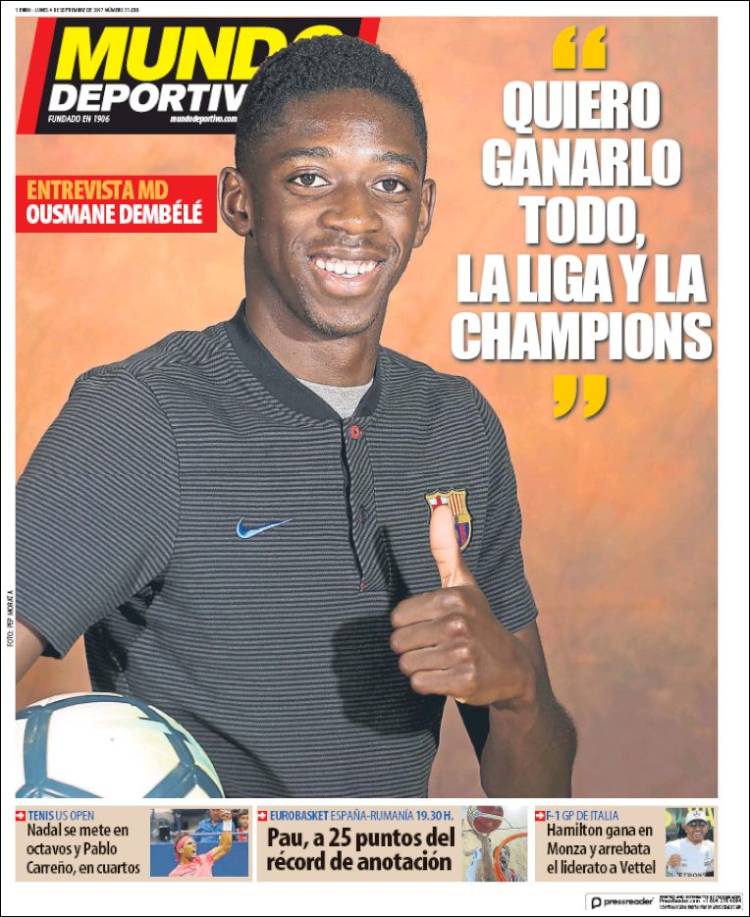 "I want to win everything - La Liga and the Champions League"