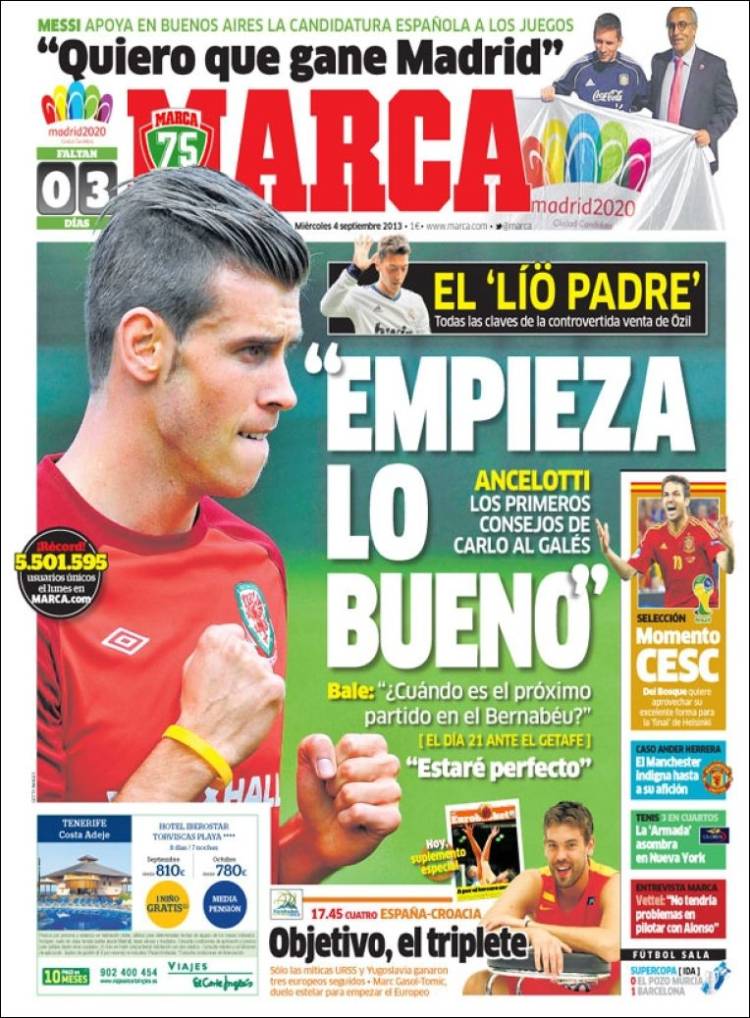 Ancelotti's first words of advice to the Welshman

"I will be perfect"

The mess of his father

All the reasons behind Ozil's sale

"I want Madrid to win," Messi

Manchester embarrassed in front of their fans

Tennis: 3 in the quarters

Vettel: "I would not have problems with Alonso"

Spain v Croatia: The objective is a triplete 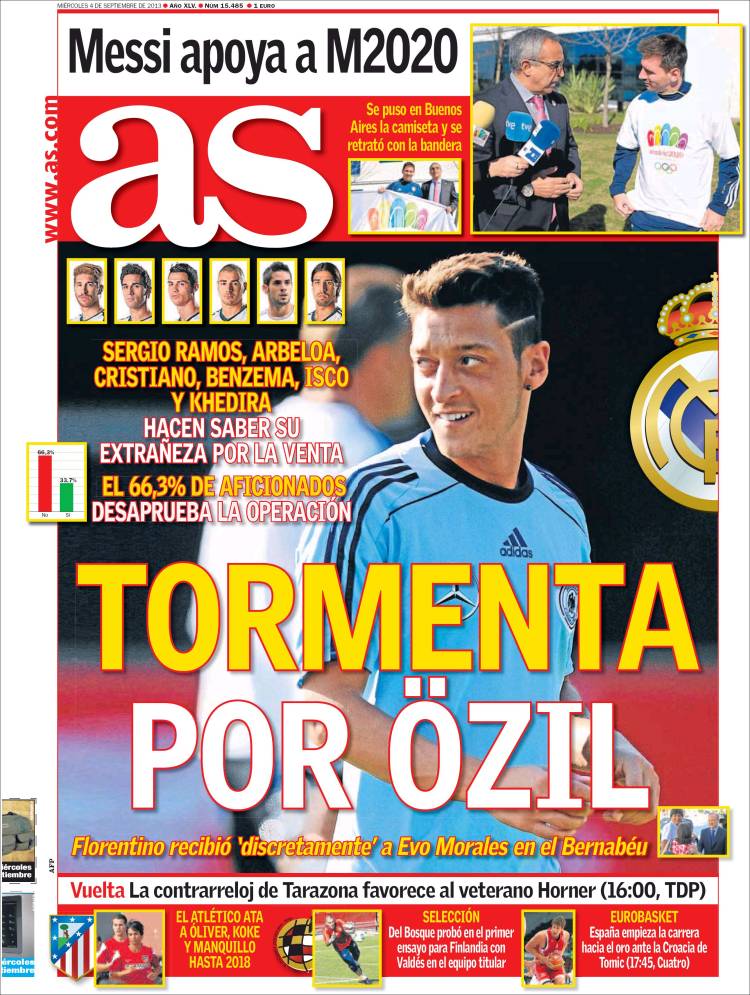 Sergio Ramos, Arbeloa, Cristiano, Benzema, Isco, Khedira make it known that their surprise over the sale of the German

66.3% of the fans disapprove of the sale

Atletico tie down Oliver, Koke and Manquillo until 2018

National team: Del Bosque tries in the first practice Valdes in goal in the lead up to the Finland game

Basketball: Spain start their bid for gold against Croatia 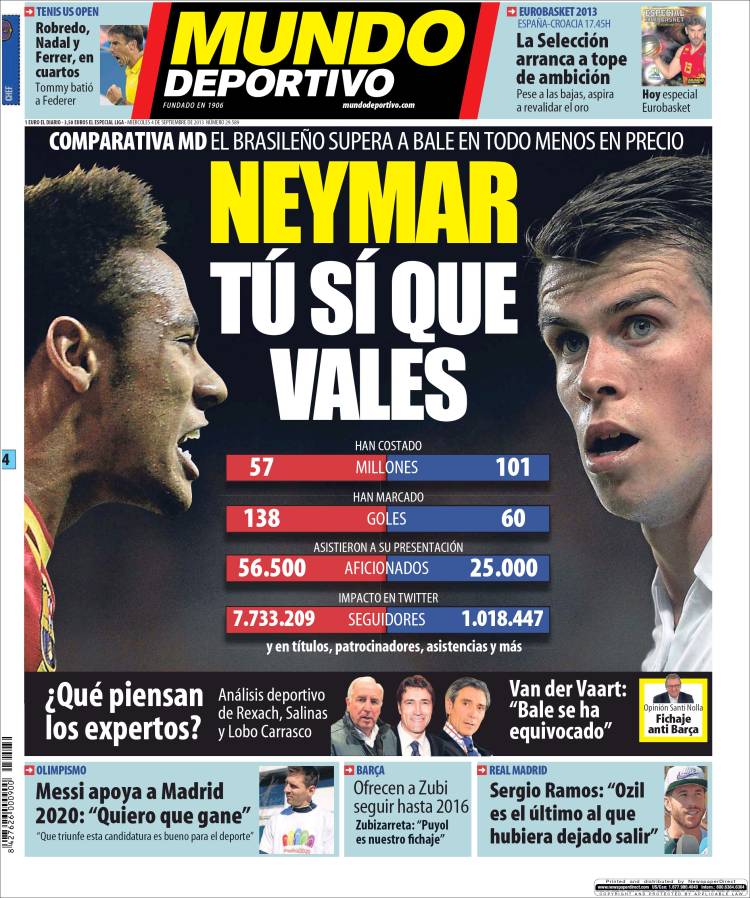 Neymar you are worth it

The Brazilian compares much better than Bale

and the Brazilian has more titles, sponsors, assists and more

What do the experts think?

Olympics: Messi supports Madrid's 2020 bid: "I want them to win"

"Winning the Olympics is great for sport"

Barca: They over Zubi a contract to 2016

Zubi: "Puyol is our new signing"

Real Madrid's Sergio Ramos: "Ozil is the last player that I would have allowed leave"

Tennis, US Open: Robredo, Nadal and Ferrer in the quarters