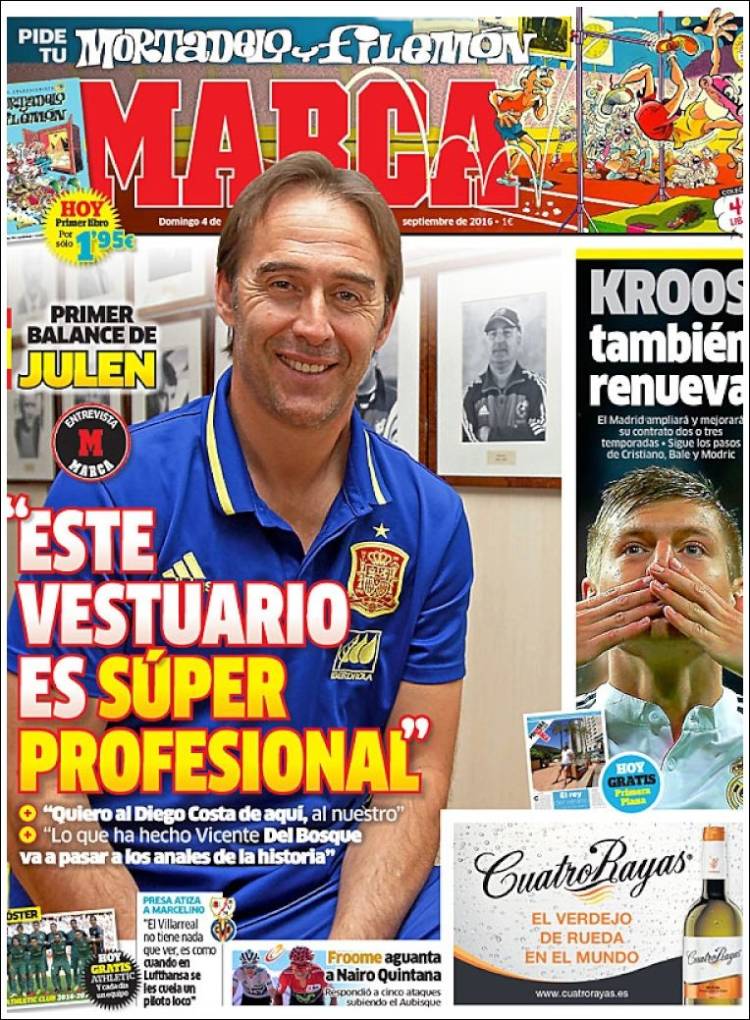 “This dressing room is super professional”

Madrid extend and improve his contract by two or three seasons

He follows in the footsteps of Cristiano, Bale and Modric 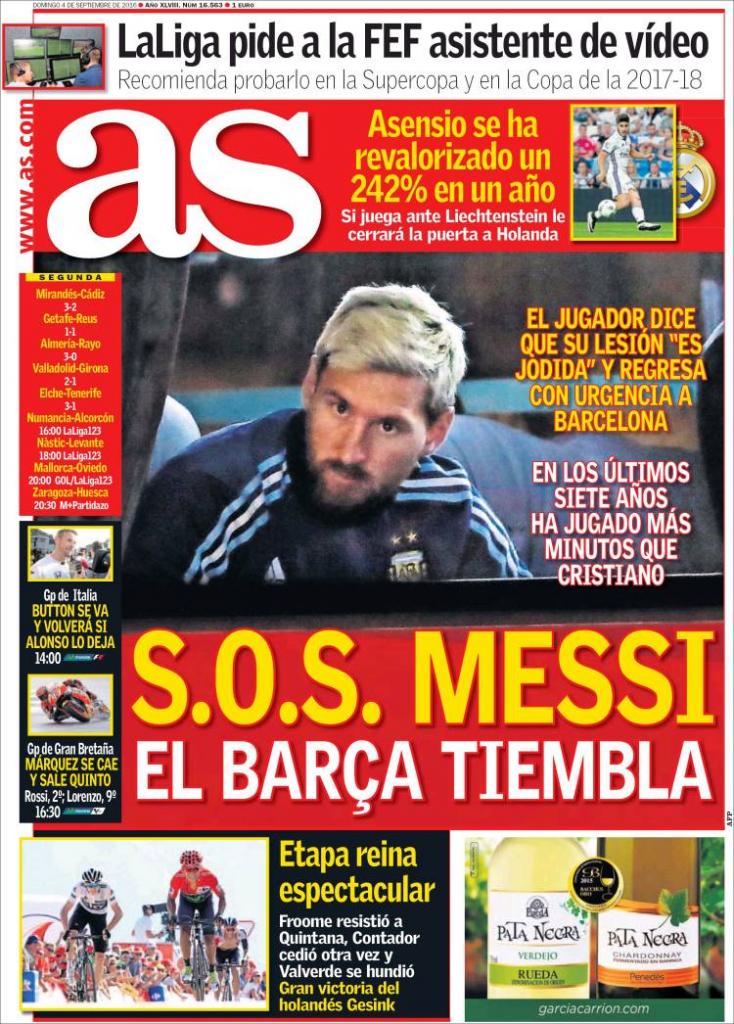 In the past seven years, he has played more minutes than Cristiano

Asensio has risen by 242 percent in one year

If he plays against Liechtenstein, he will close the door on Netherlands 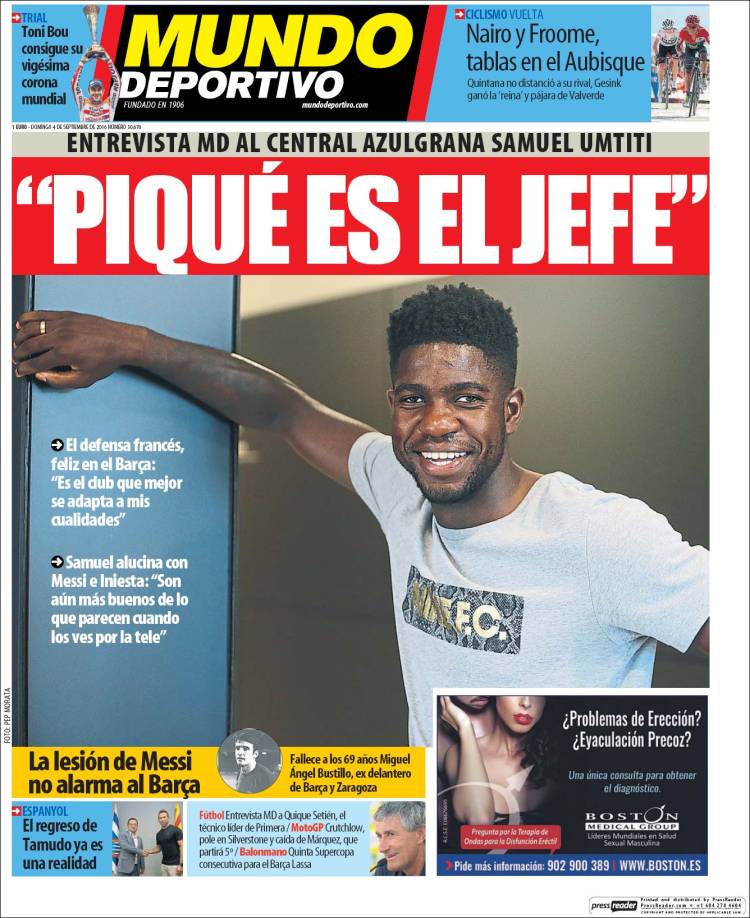 “Pique is the boss”

The French defender is happy at Barca: “They’re the club that best suit my qualities”

Samuel is amazed by Messi and Iniesta: "They’re even better than they seem on TV”

Messi’s injury does not alarm Barca

Death at 69 years of Miguel Angel Bustillo, the former Barca and Zaragoza striker