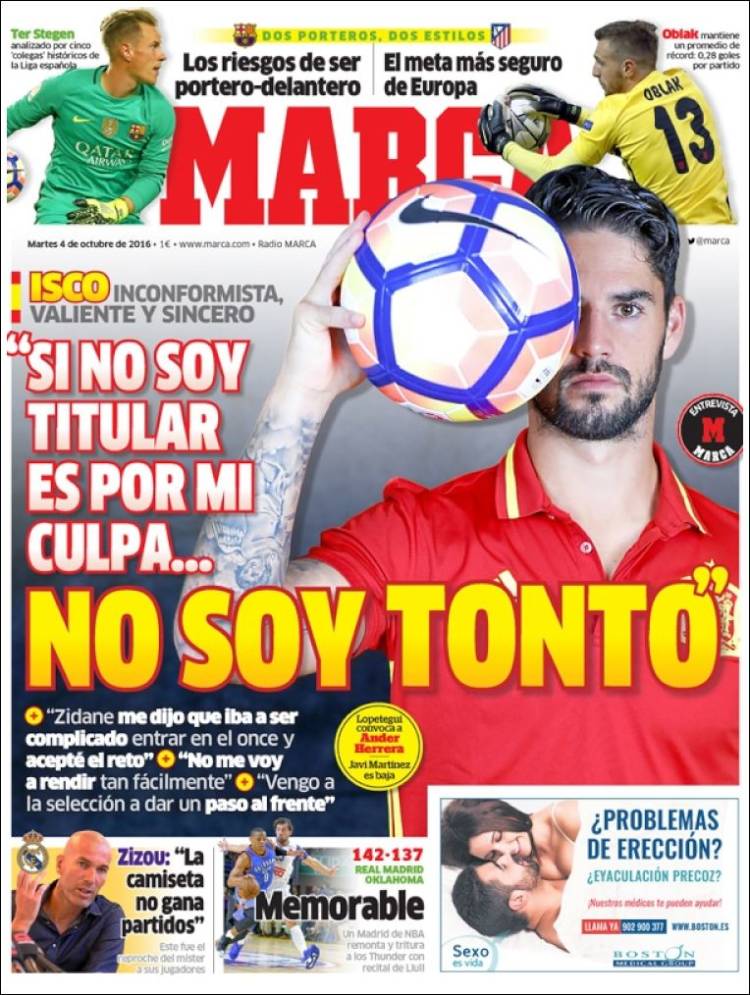 Isco: 'Zidane told me it'd be difficult to enter the starting XI this season and that I should accept the challenge', 'I've come to the Spanish national team to take a step forward'

Two goalkeepers, two styles - the risk of an attacking goalkeeper, the most secure goalkeeper in Europe - Ter Stegen and Oblak

Zidane: 'Wearing Real's shirt alone is not enough to win' 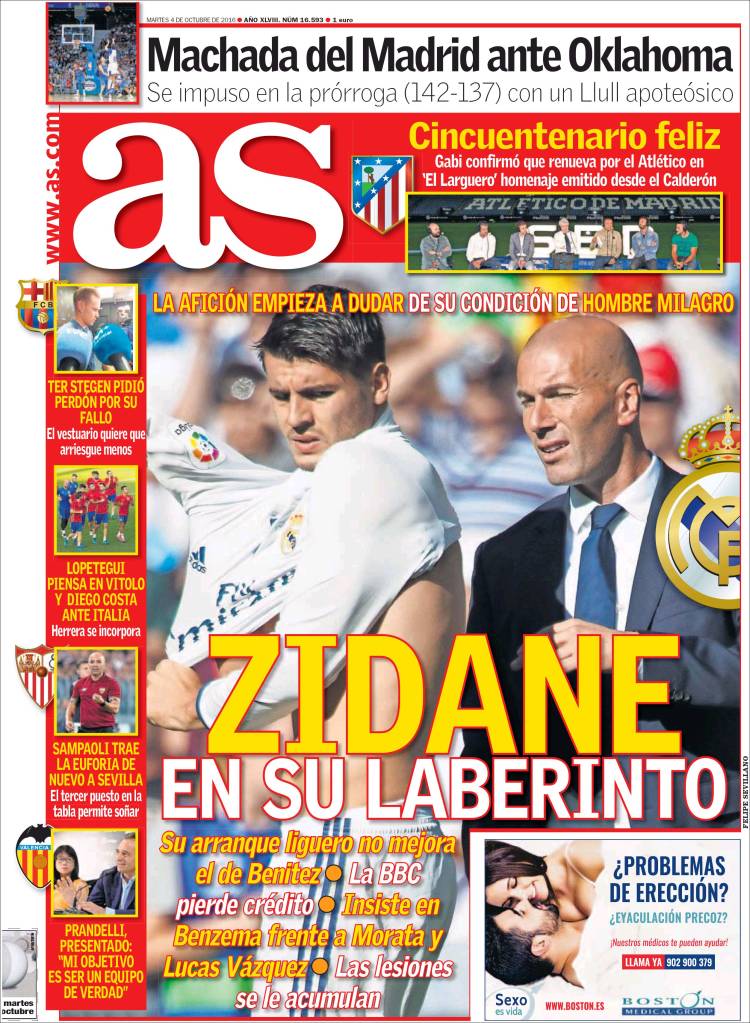 Zidane in his labyrinth

His league record is no better than Benitez's, the BBC loses credit, he insists on Benzema ahead of Morata and Vazquez, the injuries are mounting up

Sampaoli brings euphoria to the new Sevilla - third in the table

Prandelli: 'My objective is to bring a team spirit' 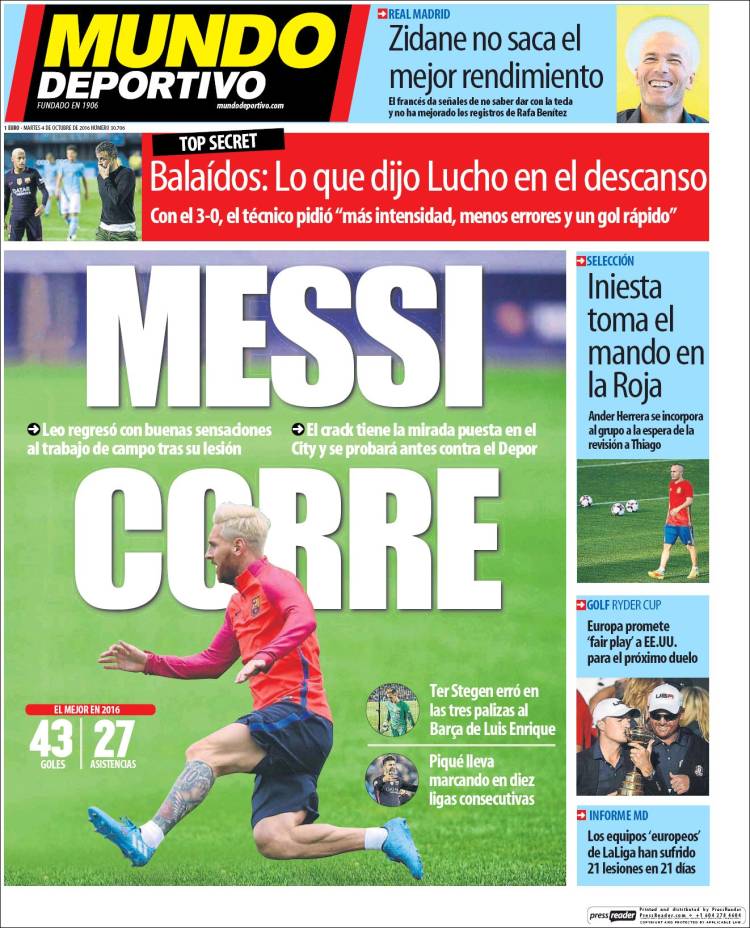 Leo is back with a good training session, he eyes being back before City and probably even before Depor - the best in 2016 with 43 goals and 27 assists

At half time in Balaidos, Enrique asked for 'more intensity, fewer errors and an early goal'