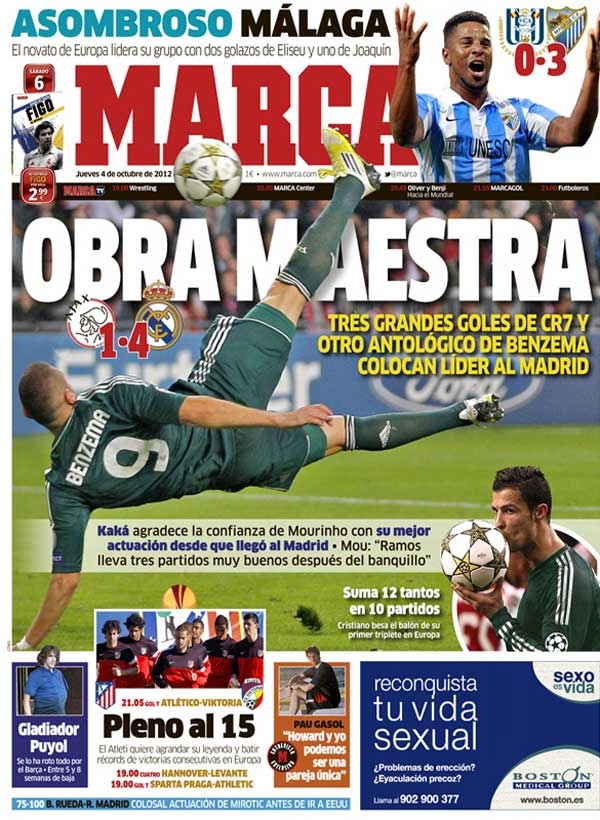 Three great goals by CR7 and another unforgettable one by Benzema put Madrid at the top of the group.

Kaka thanks the confidence of Mourinho with his best performance since he arrived in Madrid.

Amazing Malaga. The novice in Europe leads their group with two great goals by Eliseu and another from Joaquin. 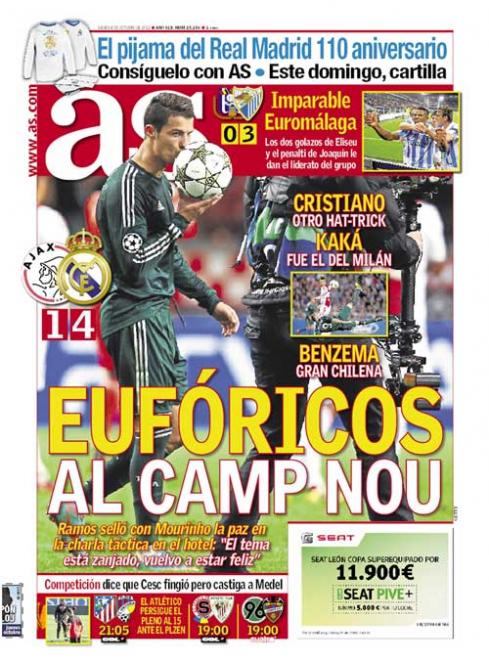 Euphoric to the Camp Nou

Kaka: Was the one from Milan

Ramos seals his peace with Mourinho in the tactical talk in the hotel. The issue is resolved, I’ve returned to being happy.

Unstoppable Euro-Malaga. Two great goals by Eliseu and Joaquin’s penalty give them leadership of the group. 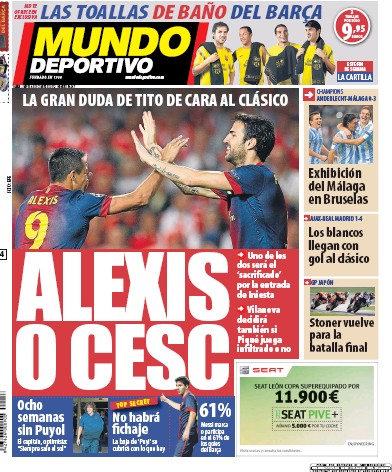 Alexis or Cesc? The biggest doubt for Tito ahead of the Clasico.

One of the two will be sacrificed for the inclusion of Iniesta.

Exhibition from Malaga in Brussels.

The whites arrive at the Clasico with goals.