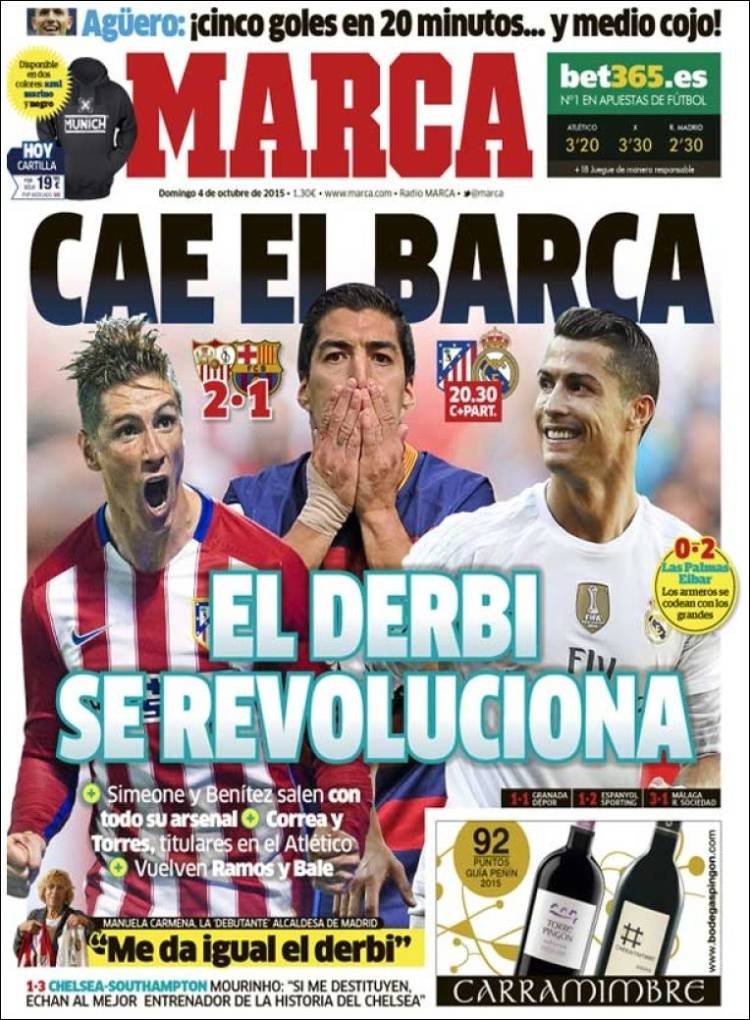 Benitez and Simeone go all out

Correa and Torres to start for Atletico

Aguero, five goals in 20 minutes... after a poor start!

Mourinho: “If they sack me, they sack the best manager in Chelsea’s history” 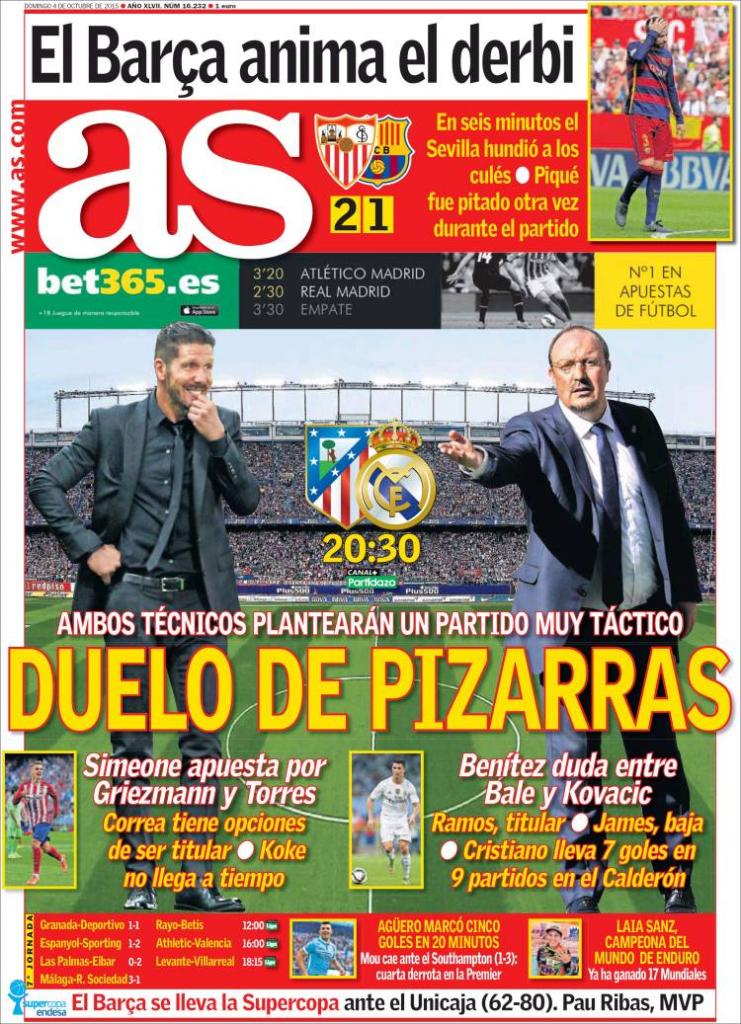 Duel of the whiteboards

Simeone sticks with Griezmann and Torres

Correa has a chance of starting

Koke not back in time

Benitez split between Bale and Kovacic

Ramos in, James out

Ronaldo has scored seven goals in nine games at the Calderon

Mou trips up against Southampton

Fourth defeat in the Premier League

Barca encouraged by the derby

Pique was booed again during the match 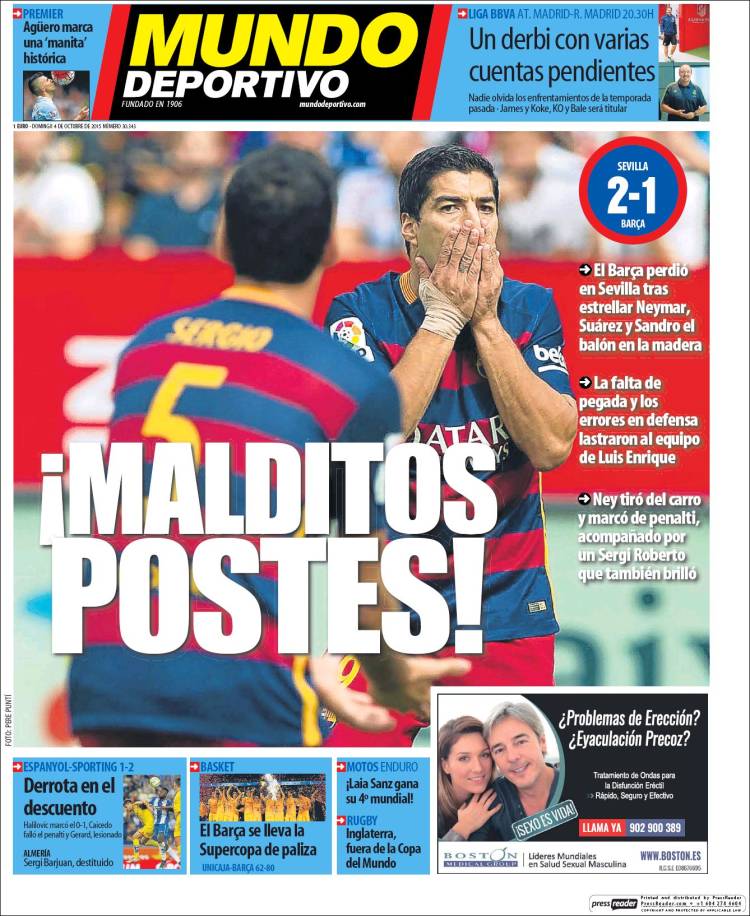 Barca lose to Sevilla after Neymar, Suarez and Sandro all hit the woodwork

Ney hit the post from a free kick and scored a penalty, accompanied by Sergi Roberto, who also shone

A derby with several outstanding bills

James and Koke out, Bale will start

Halilovic scores for 0-1, Caicedo misses a penalty and Gerard suffers an injury