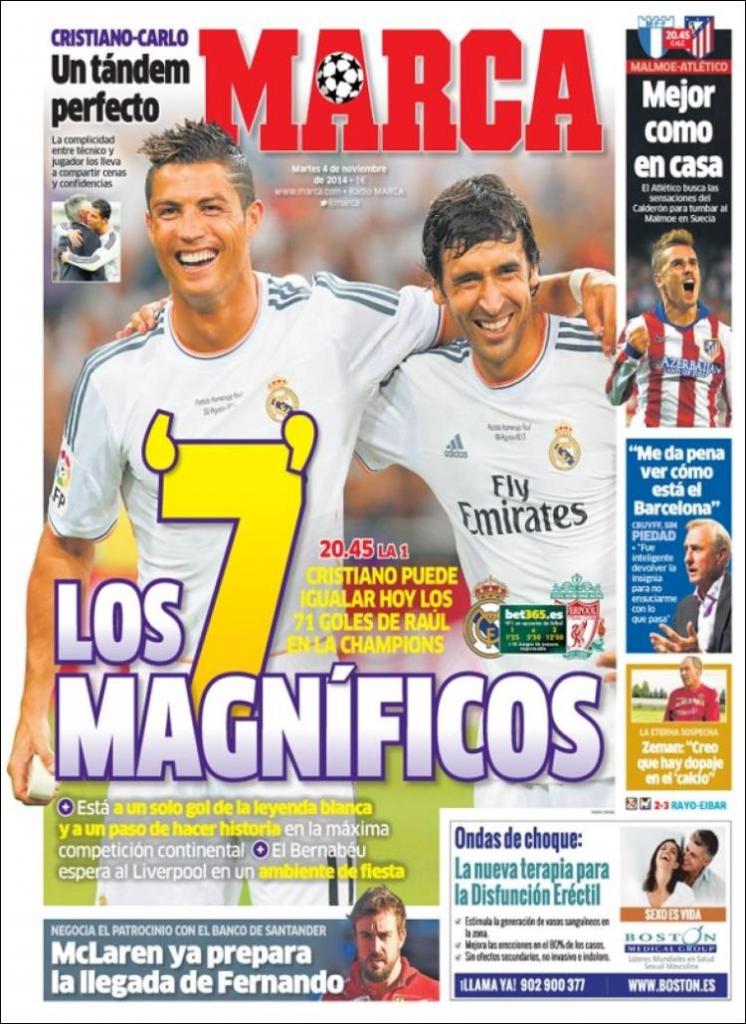 The Bernabeu awaits Liverpool in a party atmosphere

Better at home: Atletico look for the feelings from the Calderon to overcome Malmo in Sweden

“It pains me to see Barca in this state”

Cruyff without faith: “It was smart to give back my club badge so I’m not sullied by everything that’s going on”

Eternal suspicion. Zeman: “I believe there is doping in ‘calcio’” 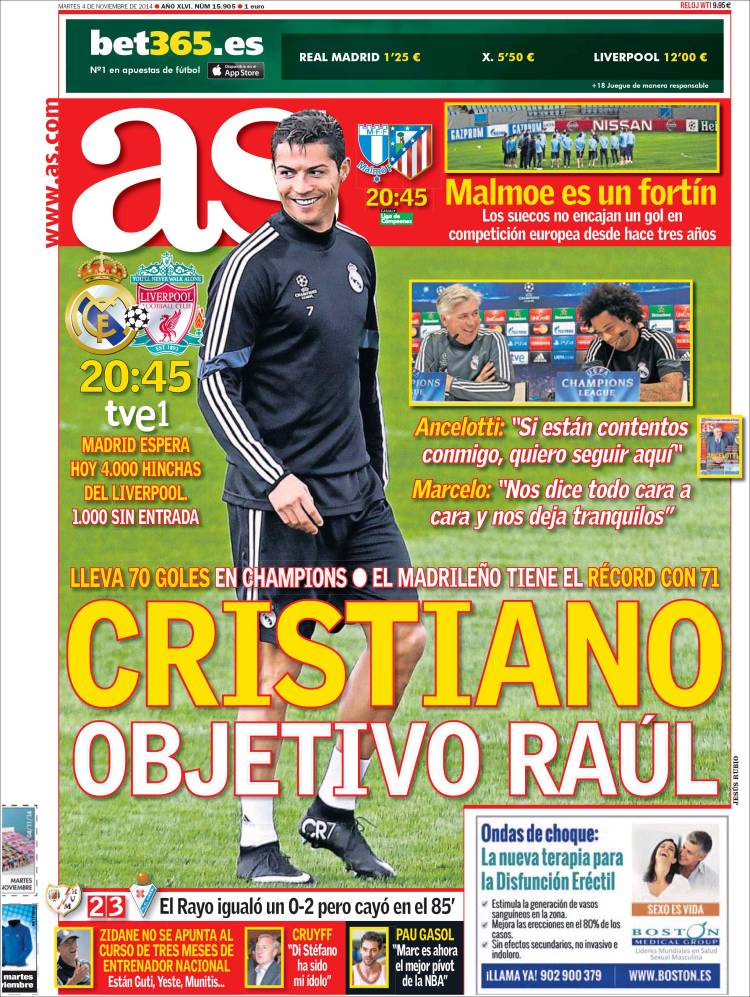 He has 70 Champions League goals: the Madrileno has the record with 71

Madrid are today expecting 4,000 Liverpool fans, 1,000 of them without tickets

Ancelotti: “If they are happy with me I want to carry on here”

Marcelo: “He tells us everything face-to-face and makes us relaxed”

Malmo is a fortress: the Swedes have not conceded a goal in European competition there for three years

Guti, Yeste, Munitis are there...

Cruyff: “Di Stefano was my idol” 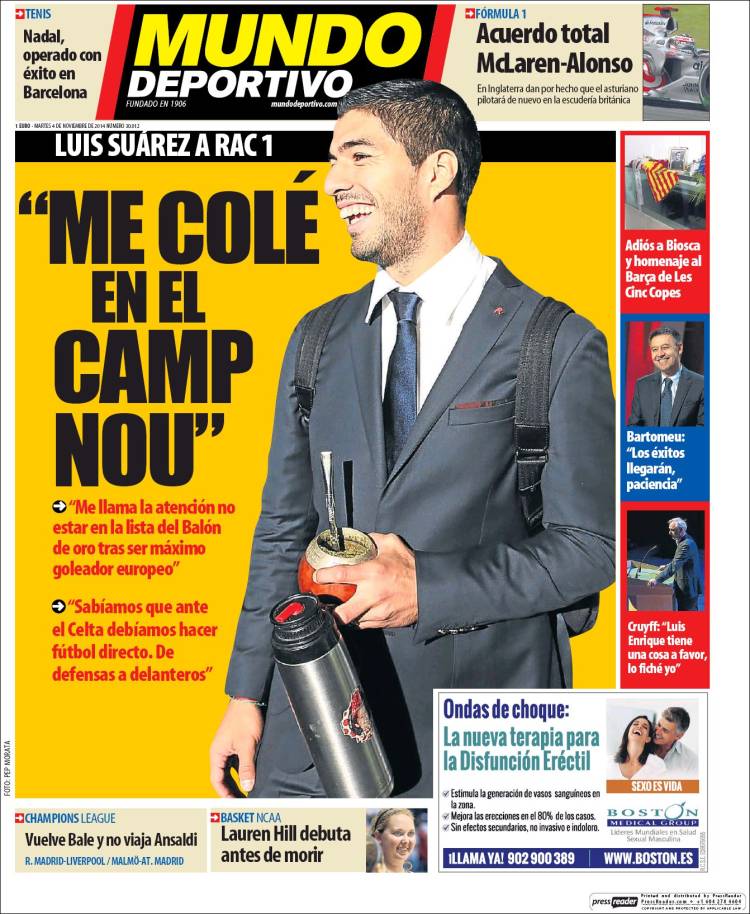 “I slipped into the Camp Nou”

Cruyff: “Luis Enrique has one thing in his favour. I signed him”