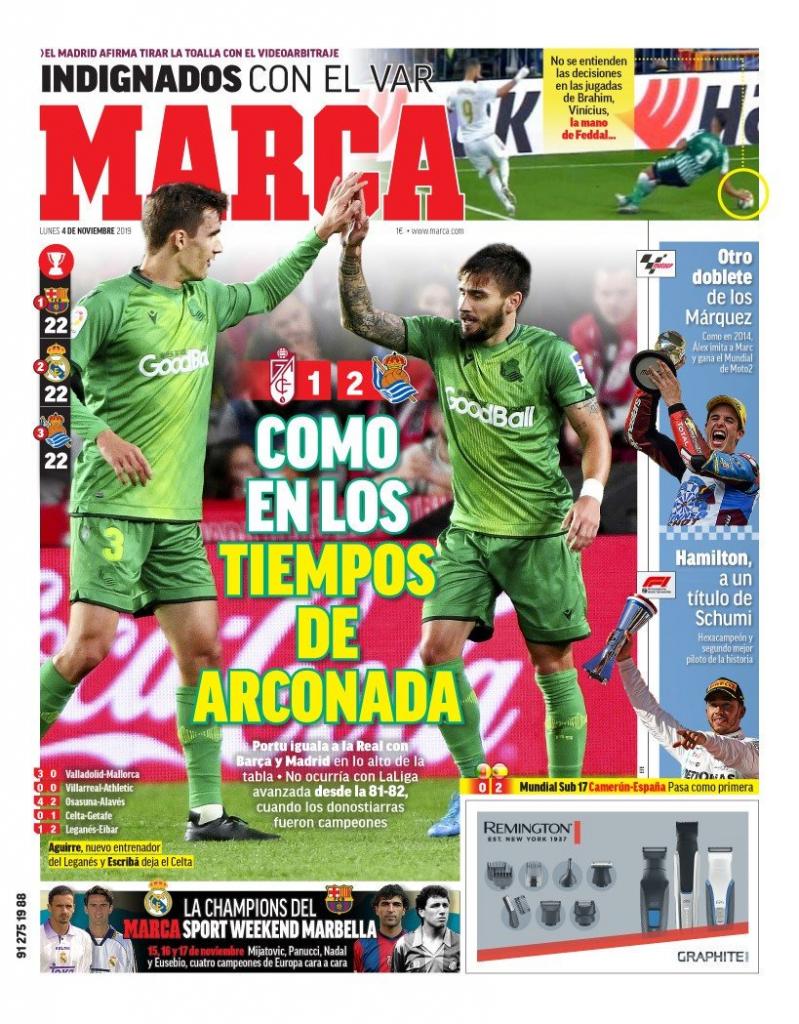 Portu puts Real Sociedad on top with Barcelona and Real Madrid, first time so advanced into the season since 1981-82 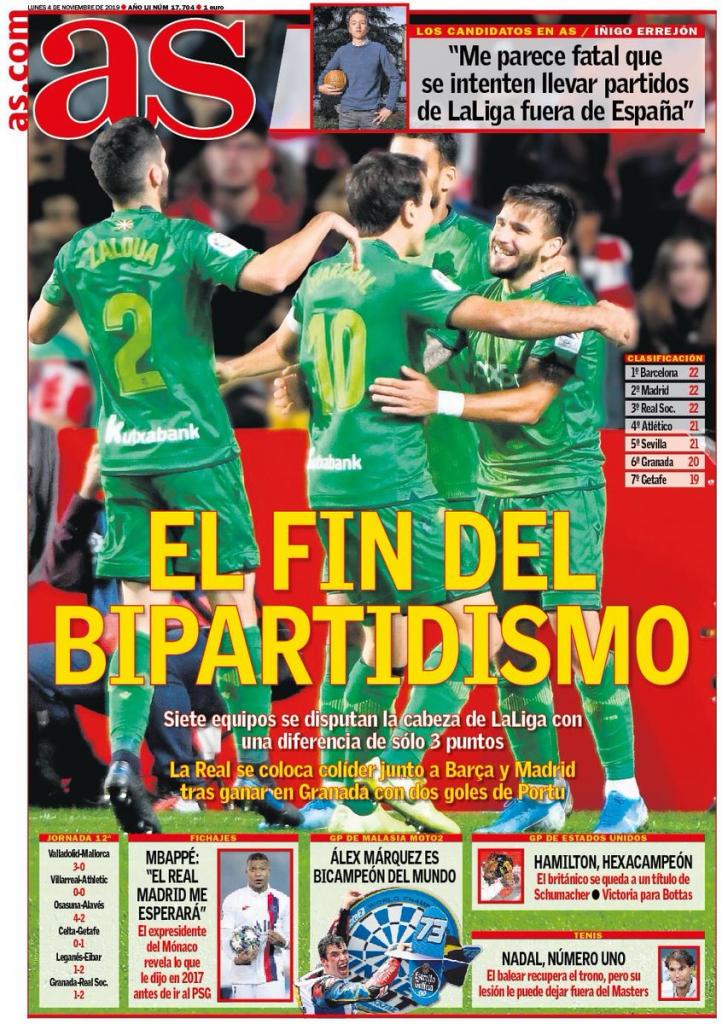 The end of bipartisanship

Mbappe: "Real Madrid will wait for me" 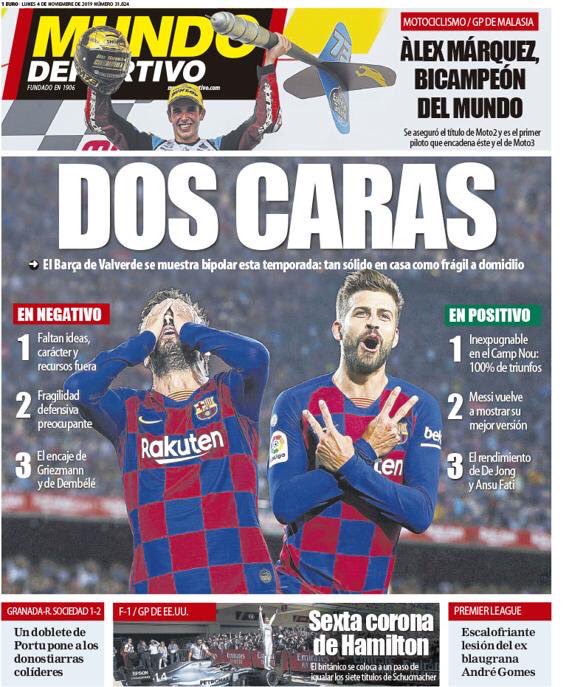 Barcelona are bipolar this season - lacking in ideas, defensively fragile, issues on Griezmann and Dembele BUT 100% record at Camp Nou, much better since Messi back and De Jong/Fati impact