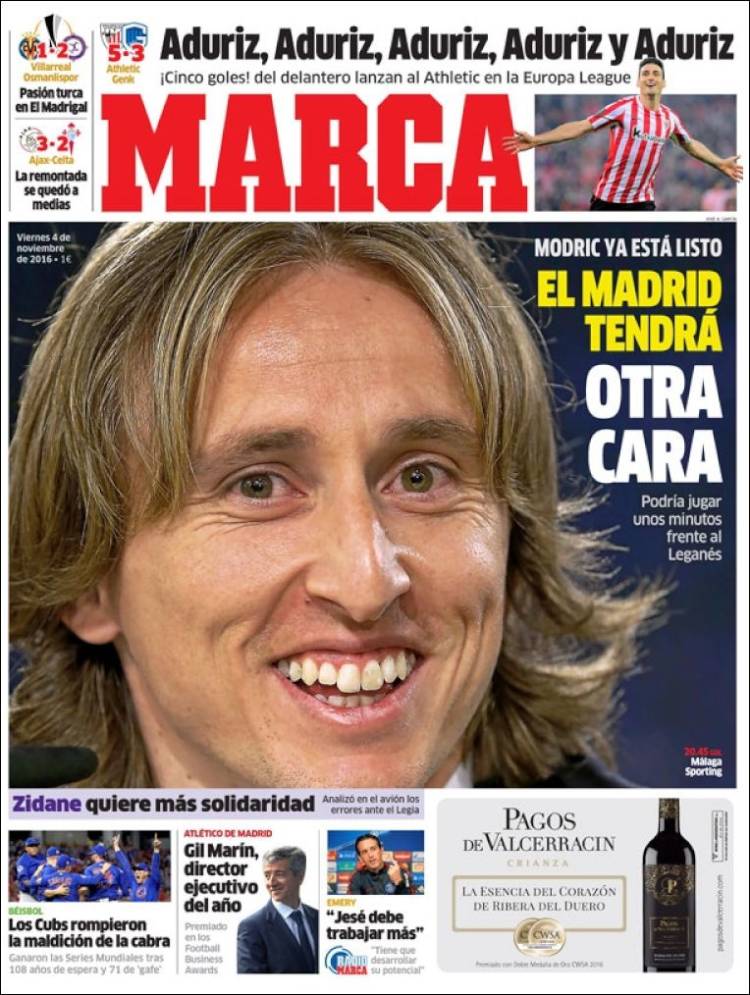 Madrid will have Modric

Celta's comeback in Amsterdam was too late 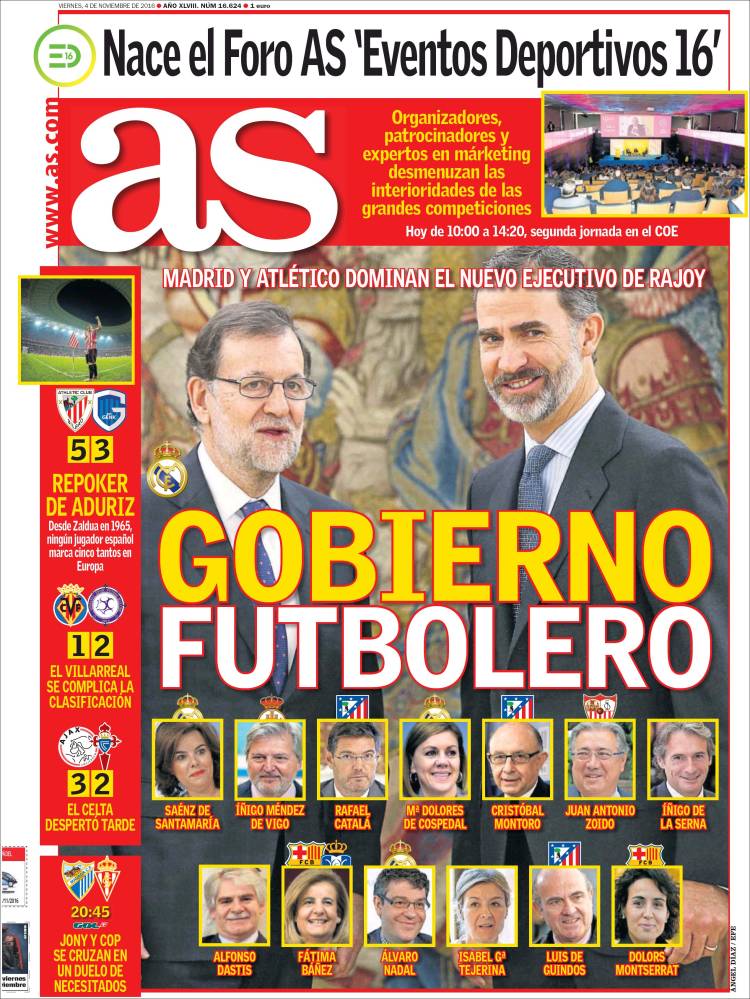 Madrid and Atletico fans dominate the new government of Rajoy

Aduriz scores 5 - since Zaldua in 1965, no Spanish player has scored 5 goals in one European game

Villarreal lose complicates their position in the group

Celta woke up too late 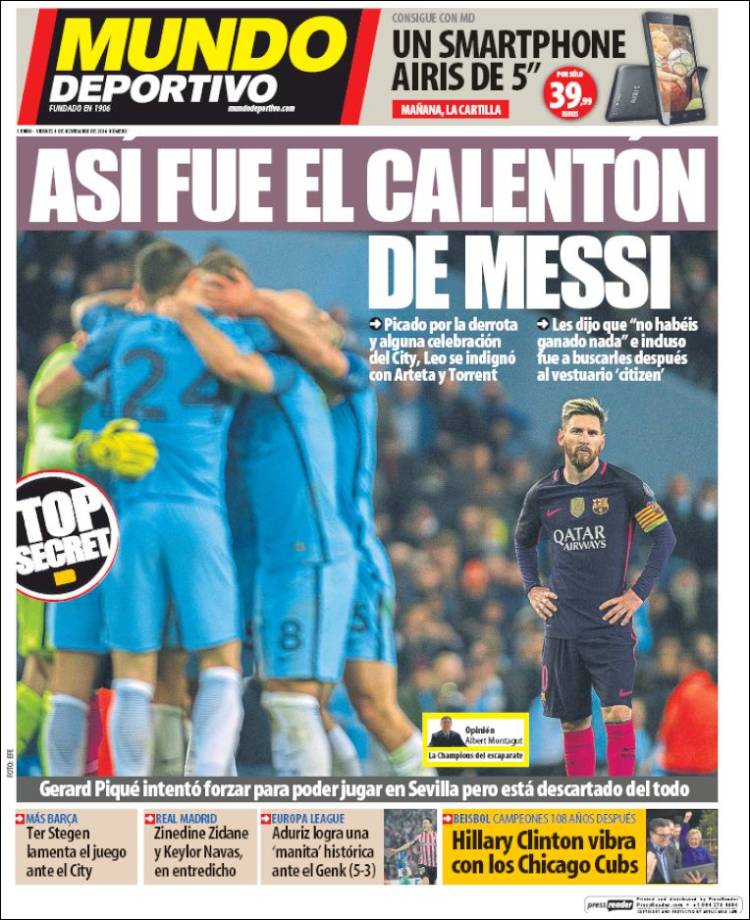 So this was the temper of Messi

Stung by the defeat and the celebrations of City, Leo was angry with Arteta and Torrent