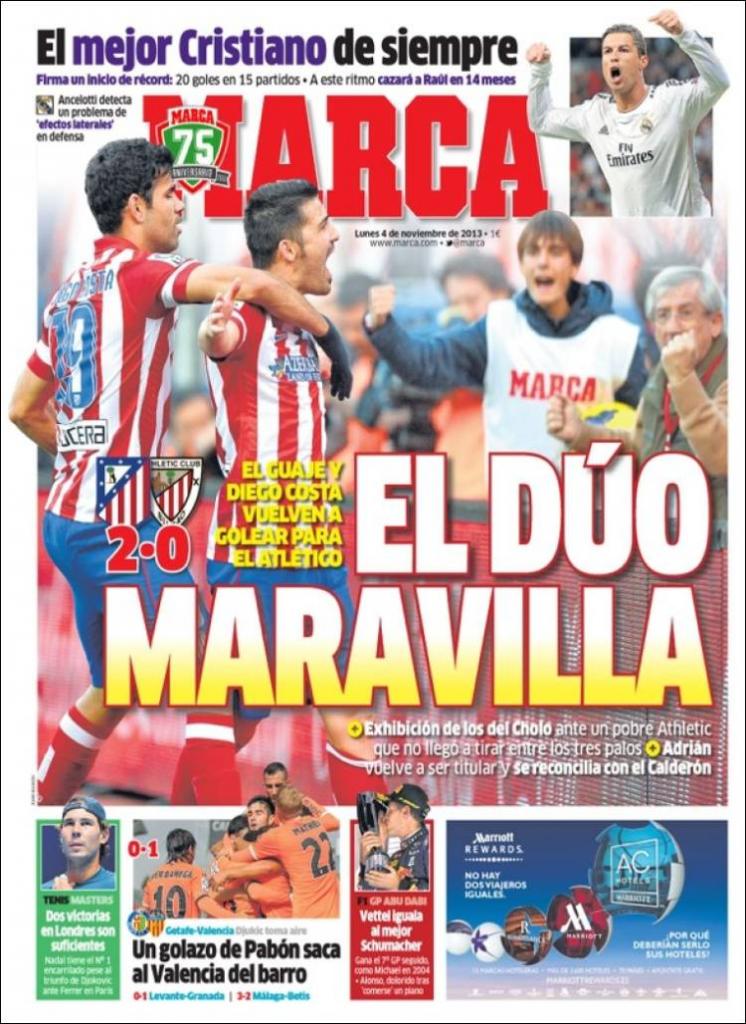 Adrian returns to the starting lineup and reconciles with the Calderon

The best Cristiano ever

His start to the season has been a record; 20 goals in 15 games

A this rate, he will hunt down Raul's record in 14 months

A wondergoal from Pabon takes Valencia out of the woods

He wins his seventh consecutive GP like Michael did in 2004 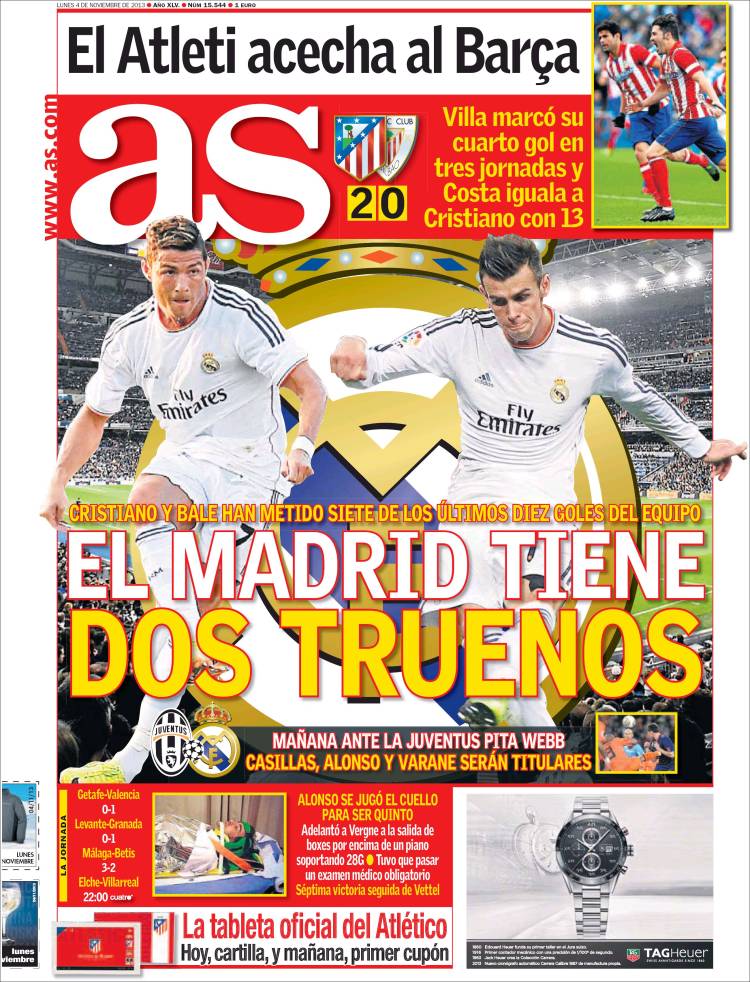 Tomorrow they face Juventus and Webb is to referee

Casillas, Alonso and Varane will start 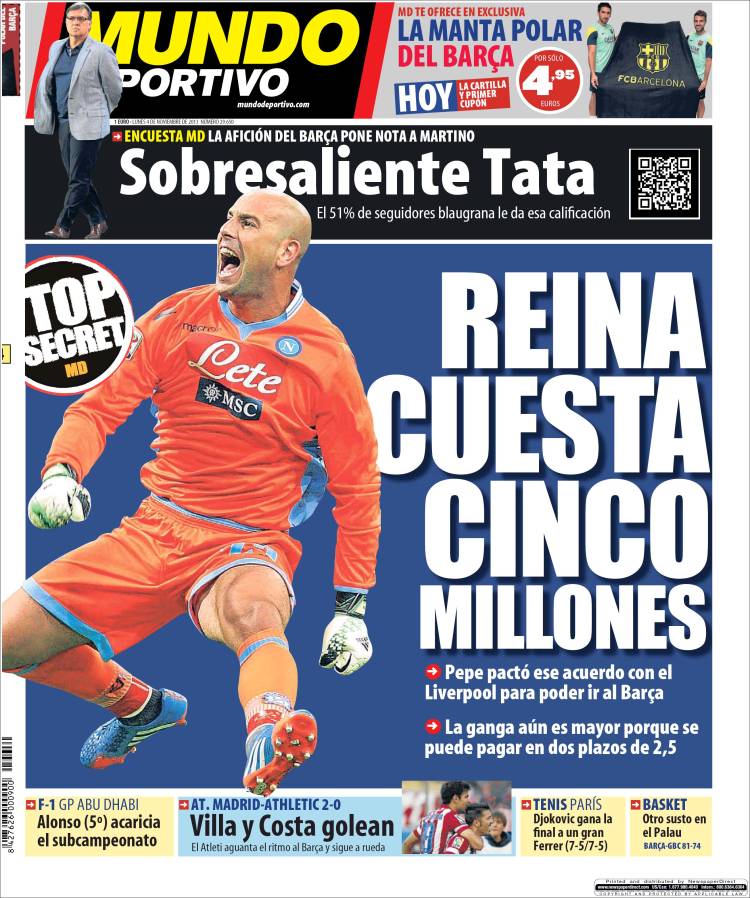 51 per cent of Barca fans approve of him so far

Villa and Costa score for Atleti

Tennis: Djokovic wins the final against Ferrer in Paris

Basketball: Another scare in Palau