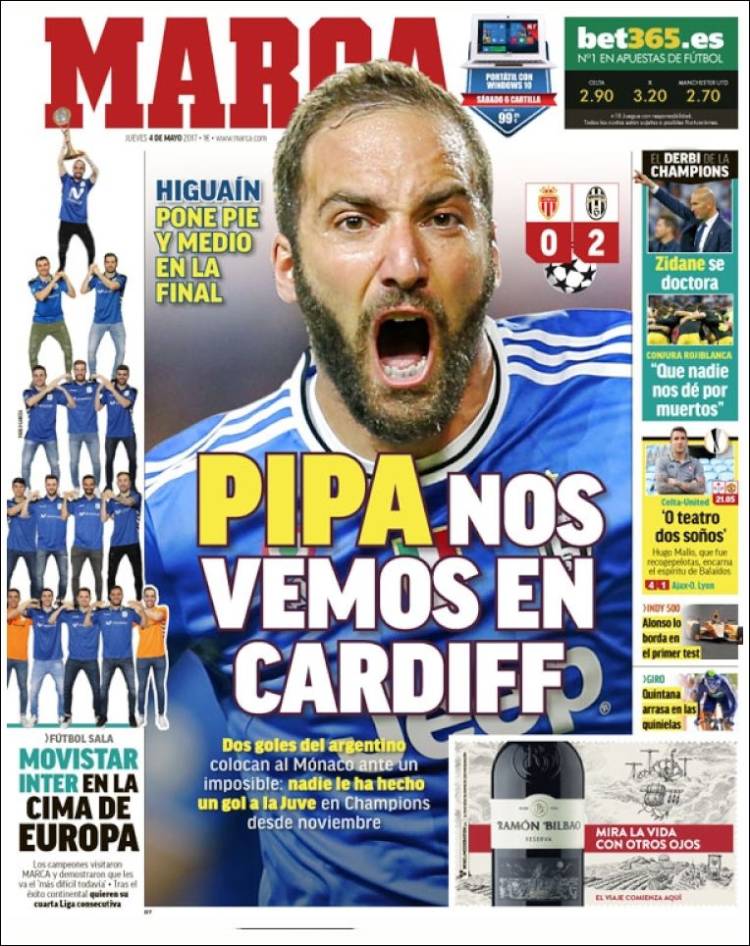 See you in Cardiff Pipa

Higuain puts Juve a foot-and-a-half into the final

Two goals from the Argentine puts Juve in control, they haven't conceded a Champions League goal since November

Zidane becomes the doctor of the Madrid derby in the CL

Atletico: 'No one will kill us' 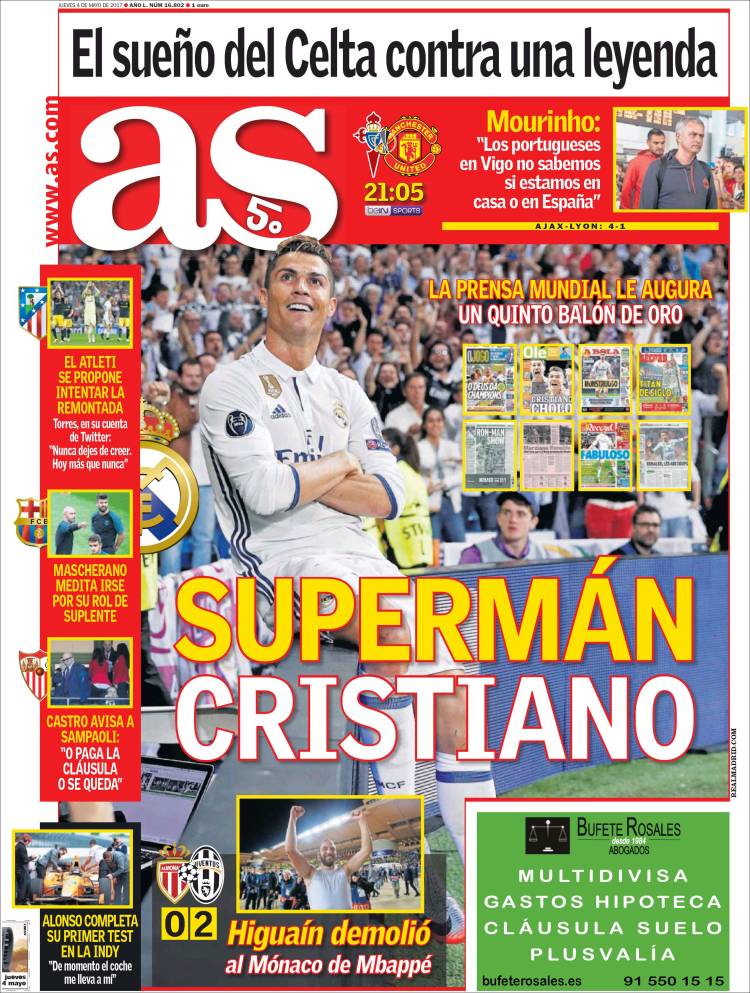 The press heralds possibility of a 5th Balon d'Or

The dream of Celta against a legend

Mourinho: "For Portuguese people in Vigo, we don't know if we are at home or in Spain"

Atleti intent on a comeback - Torres on twitter: Never stop believing. Today more than ever.

Castro to Sampaoli: "Pay the clause or you stay" 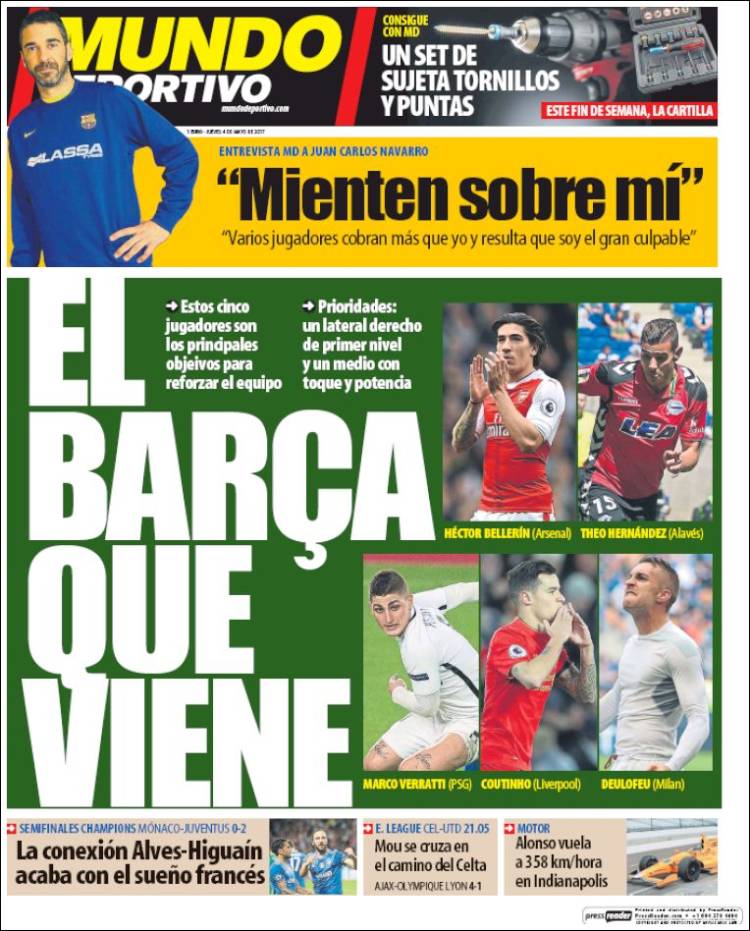 These 5 players are the principle targets

Priorities: a first rate right-back and a forward with control and power

The dream Alves-Higuain connection in France