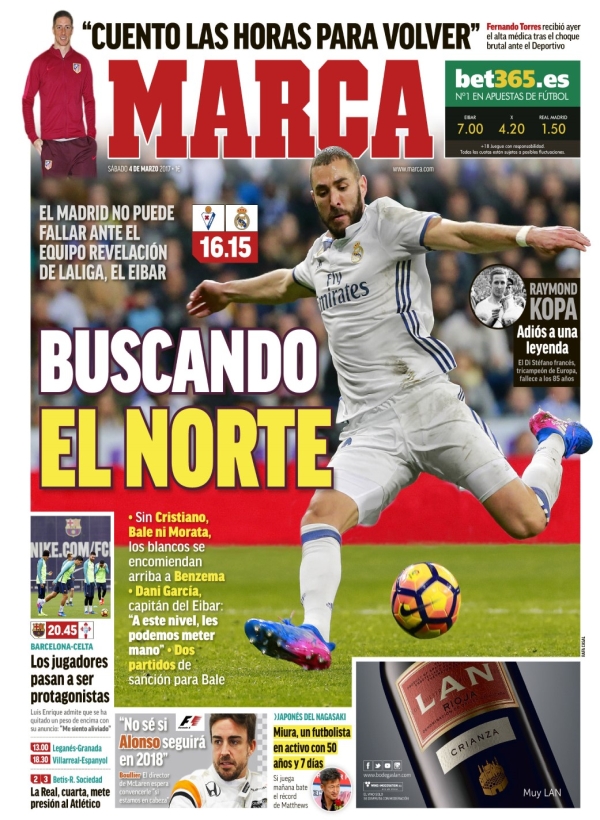 Without Cristiano, Bale and Morata, Los Blancos are entrusting Benzema up top

Dani Garcia, Eibar’s captain: "At this level, we can affect things”

Farewell to a legend

“I’m counting the hours to my return”

Luis Enrique admits his announcement has taken a load off: “I feel relieved” 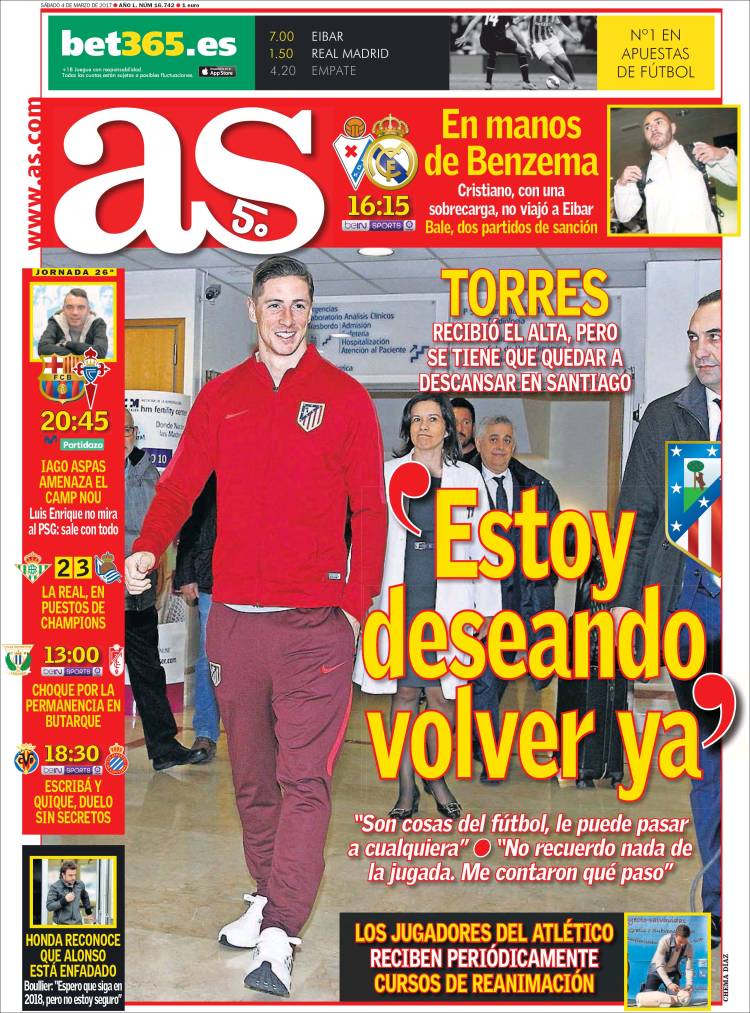 “I already can’t wait to get back”

Torres was discharged but has to stay in Santiago to rest

“It’s football, it can happen to anyone”

“I don’t remember anything about the phase of play. They told me what happened”

Cristiano, with muscle fatigue, did not travel to Eibar

Luis Enrique is not looking at PSG, he will go with everything

Clash for survival at Butarque

Escriba and Quique, an encounter without secrets 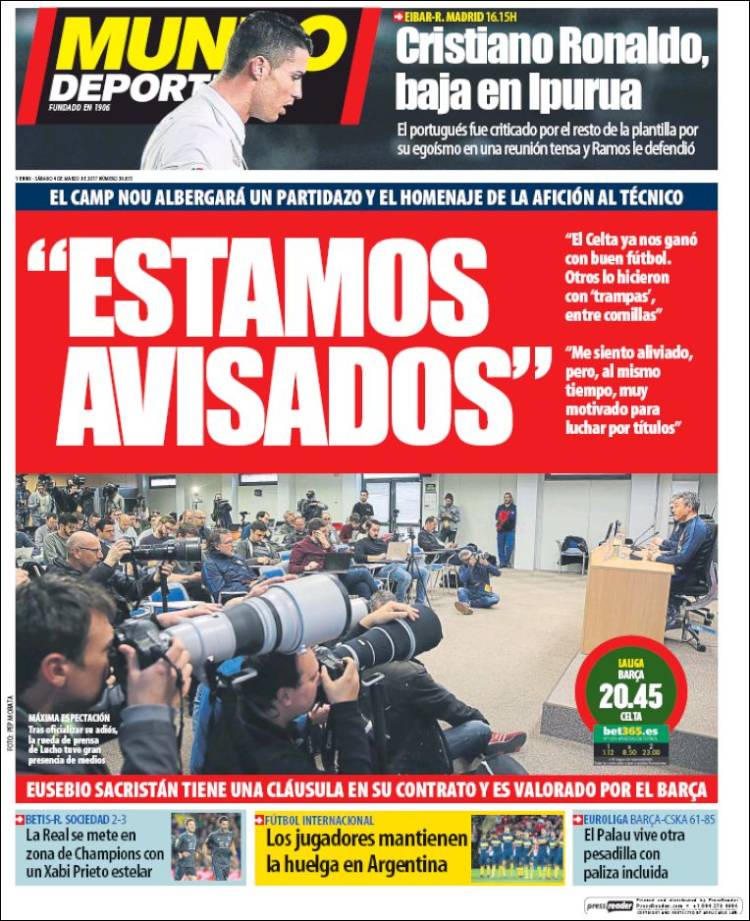 “Celta have already beaten us with good football, others did it with ‘traps’ in quotation marks”

“I feel relieved but, at the same time, very motivated to fight for trophies”

Cristiano Ronaldo, not present at Ipurua

The players maintain their strike action in Argentina