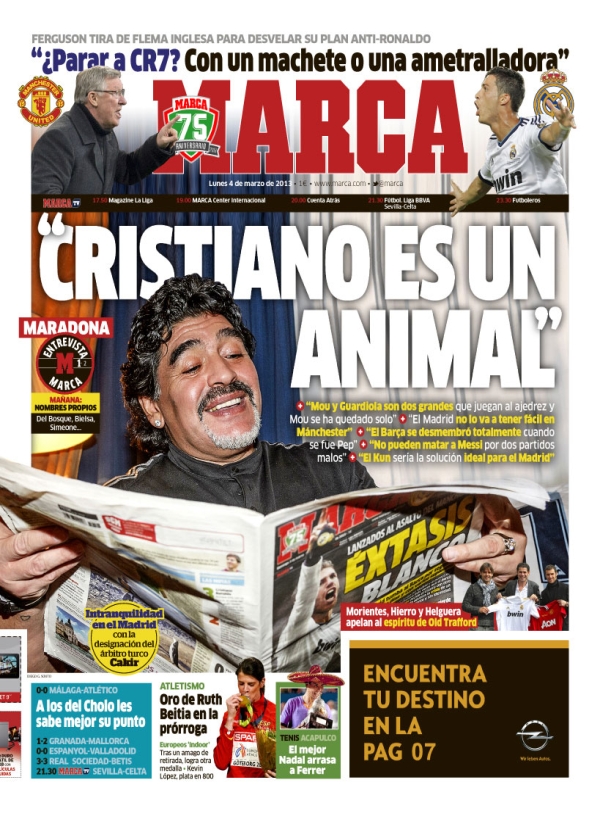 Maradona: “Cristiano is an animal”, "Mou and Guardiola are both great, they both play chess and Mou has been left alone", "Madrid will not have it easy against Manchester", "Barca dismembered totally when Pep left", "They cannot kill Messi for playing two games poorly", "El Kun would be the ideal solution for Madrid"

Ferguson reveals his plan to stop Ronaldo: "How to stop CR7? With a machete and machine gun"

Malaga 0-0 Atletico Madrid: Los Cholo's men know a point is better than nothing 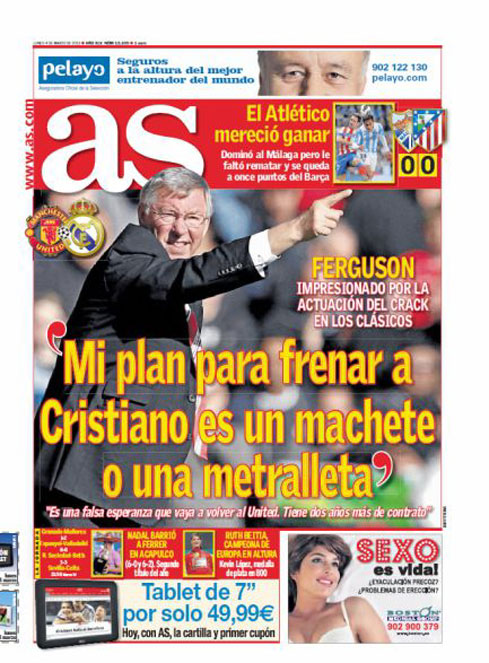 "My plan to stop Ronaldo is with a machete and a machine gun", Ferguson

"It is false hope that he will return to United. He has two more years on his contract", Ferguson 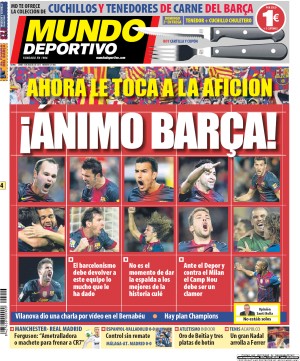 Vilanova sent a video chatting to the team in the Bernabeu

There is a plan for the Champions

Manchester v Real Madrid, Ferguson: "With a machine gun and a machete we will stop CR7"

Espanyol 0-0 Valladolid: Control but no strikes