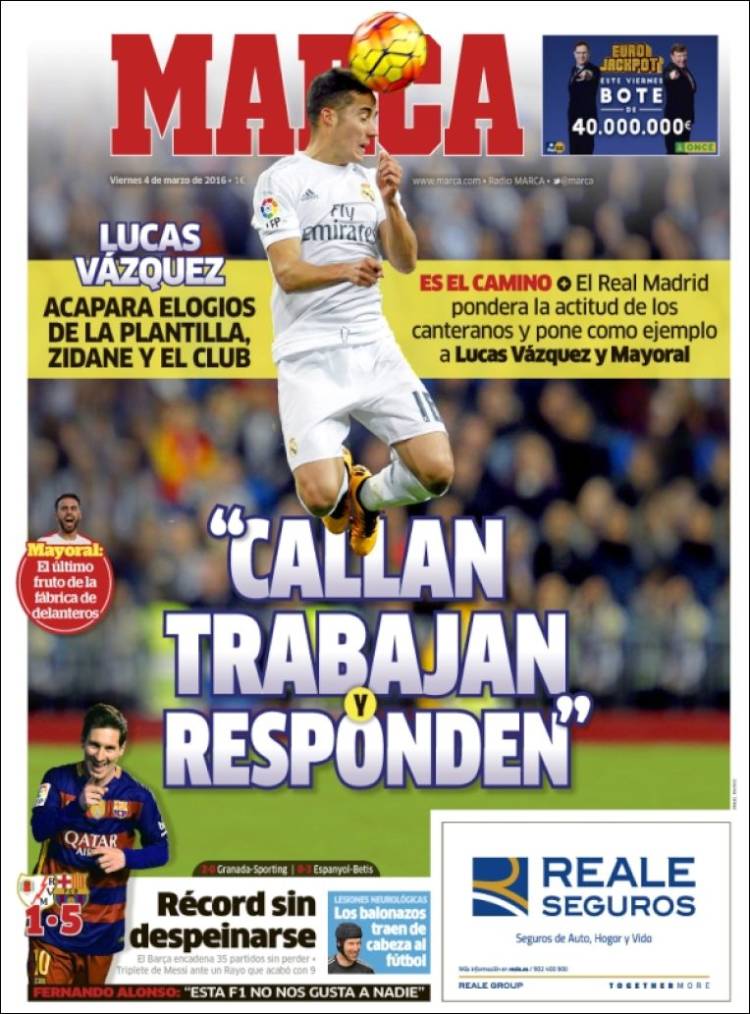 “They keep quiet, work hard and give answers”

Lucas Vazquez captures the praise of the squad, club and Zidane

He is the way forward

Mayoral: The final result of a homegrown forward

Record without breaking a sweat

Messi hat-trick against a nine-man Rayo 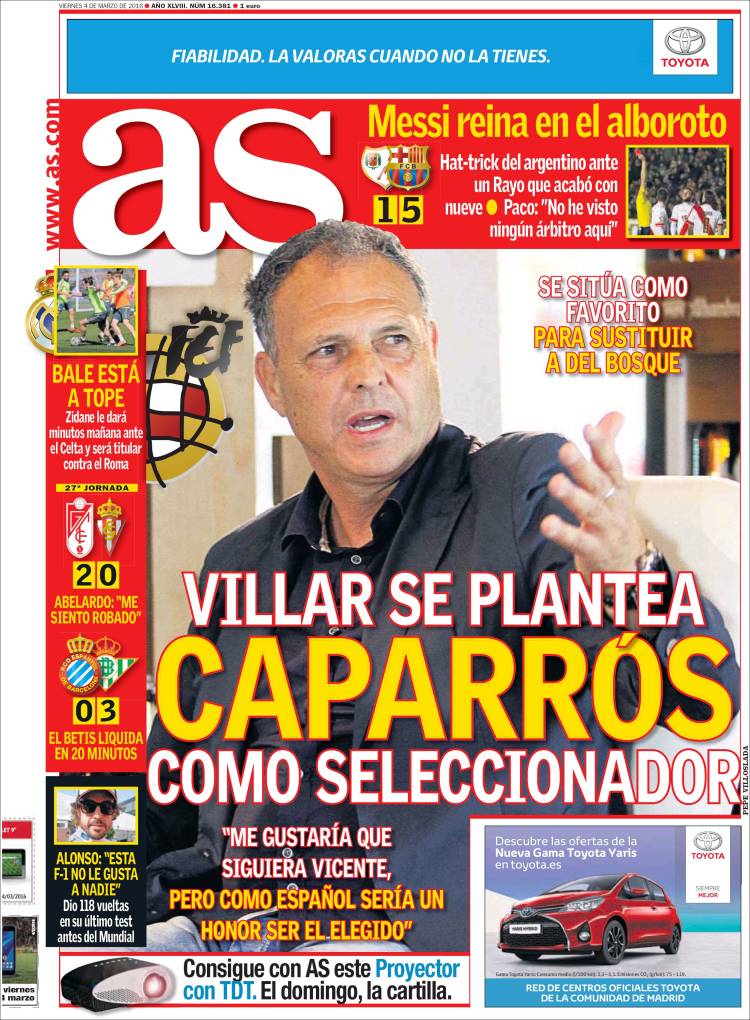 He is positioned as the favourite to replace Del Bosque

“I would like Vicente to continue, but as a Spaniard, I’d be honoured to be chosen”

Messi reigns on the rampage

The Argentine scores a hat-trick against nine-man Rayo

Paco: “I didn’t see a referee”

Bale in his best shape

Betis settle their game in 20 minutes 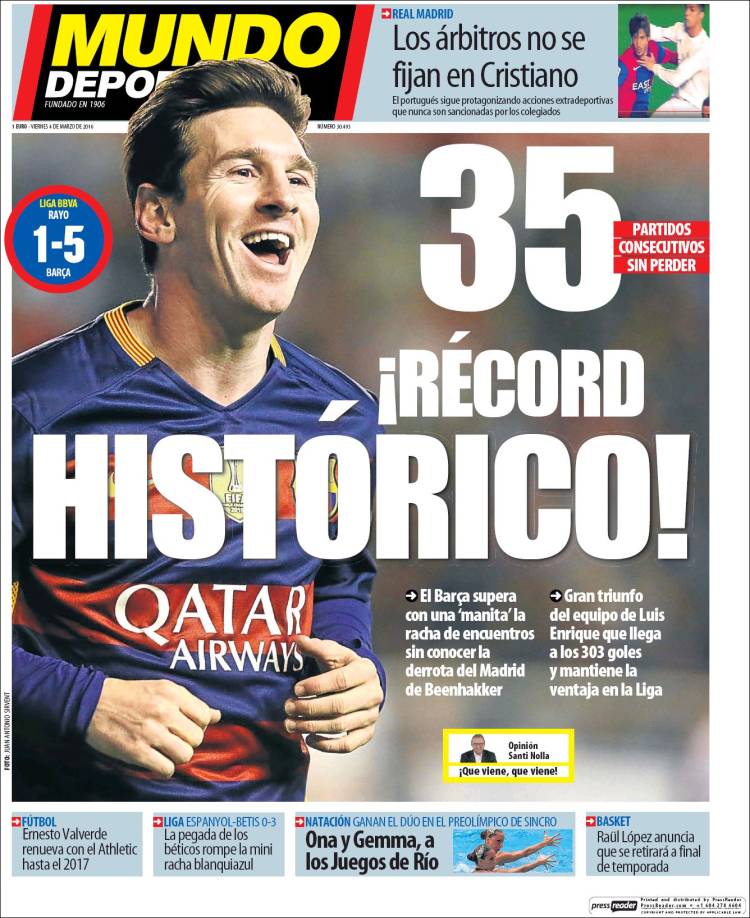 Great win from Luis Enrique’s side, who reach 303 goals and maintain their lead in La Liga

Officials do not look at Christian

The Portuguese continues to be the protagonist with off-the-ball actions, which are never punished by officials

Ernesto Valverde renews with Athletic until 2017