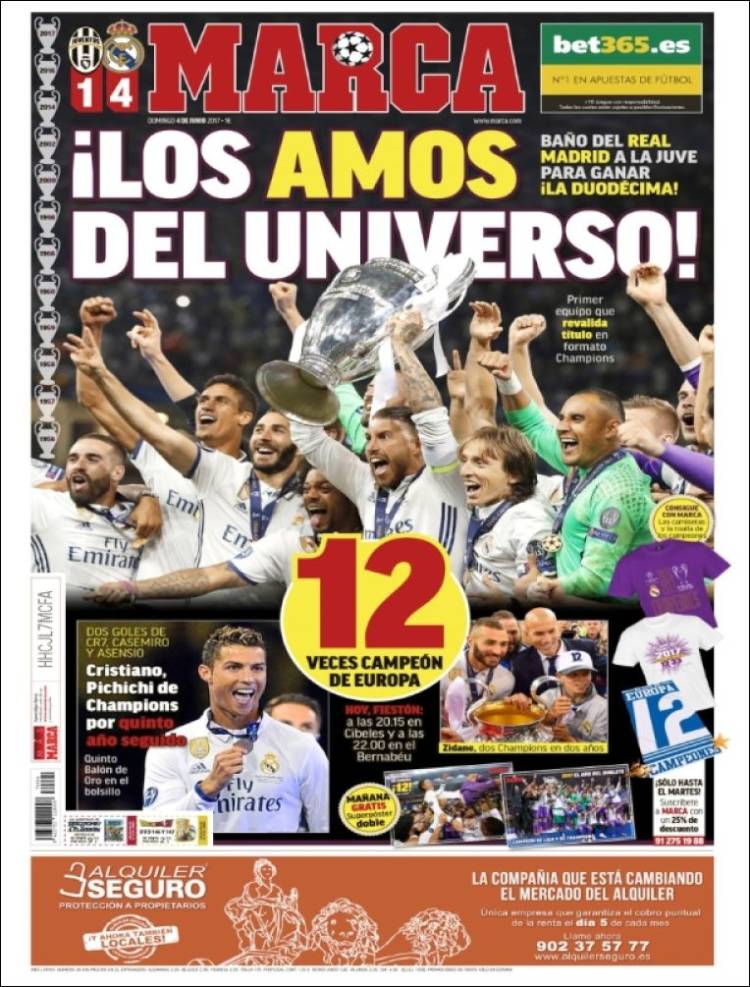 Masters of the Universe!

Champions of Europe for the 12th time

Wash-out from Real Madrid against Juve to win La Duodecima!

First team to retain the trophy in the Champions League format

Fifth Ballon d’Or in his pocket 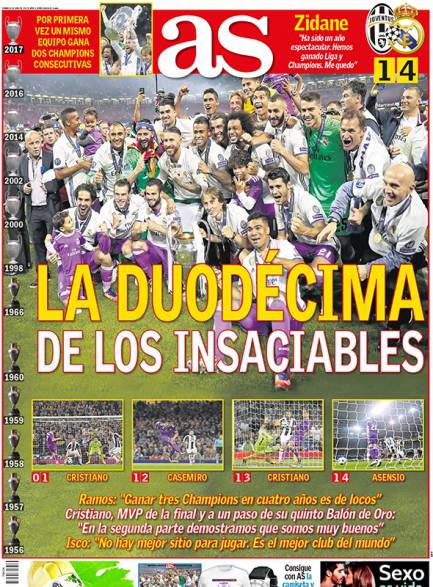 Cristiano, man-of-the-match in the Final and one step away from his fifth Ballon d’Or: “In the second half, we showed we were very good”

Isco: “There’s no better place to play, this is the best club in the world” 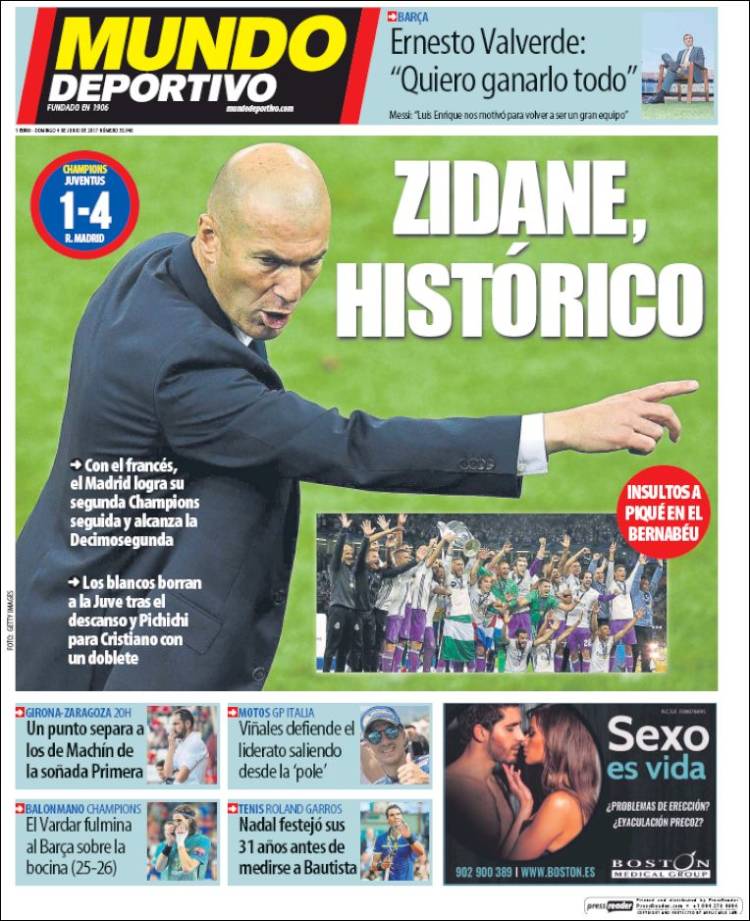 Under the Frenchman, Madrid achieve their second consecutive Champions League and win their 12th

Insults to Pique at the Bernabeu

Ernesto Valverde: “I want to win everything”

A point separates Machin’s men from their Primera deam