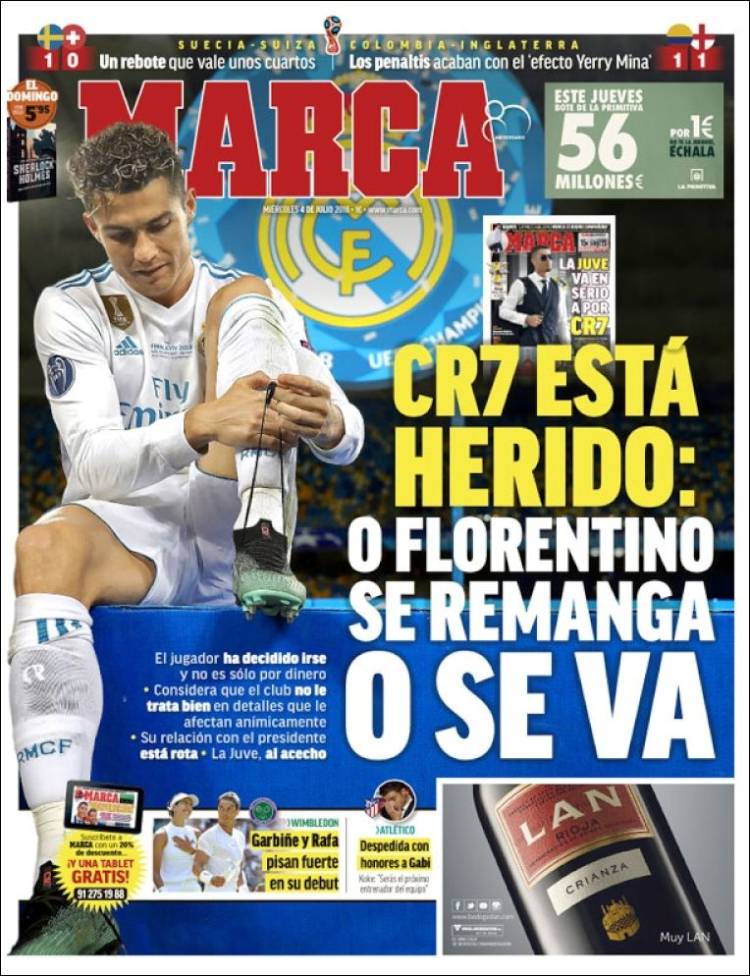 Ronaldo is hurt: either Florentino rolls up or he goes

The player has decided to leave and it's not just for money, does not believe the club treat him well, relationship with the president is broken, Juve on the prowl

A bounce that's worth the quarters, penalty finish after Yerry Mina effect 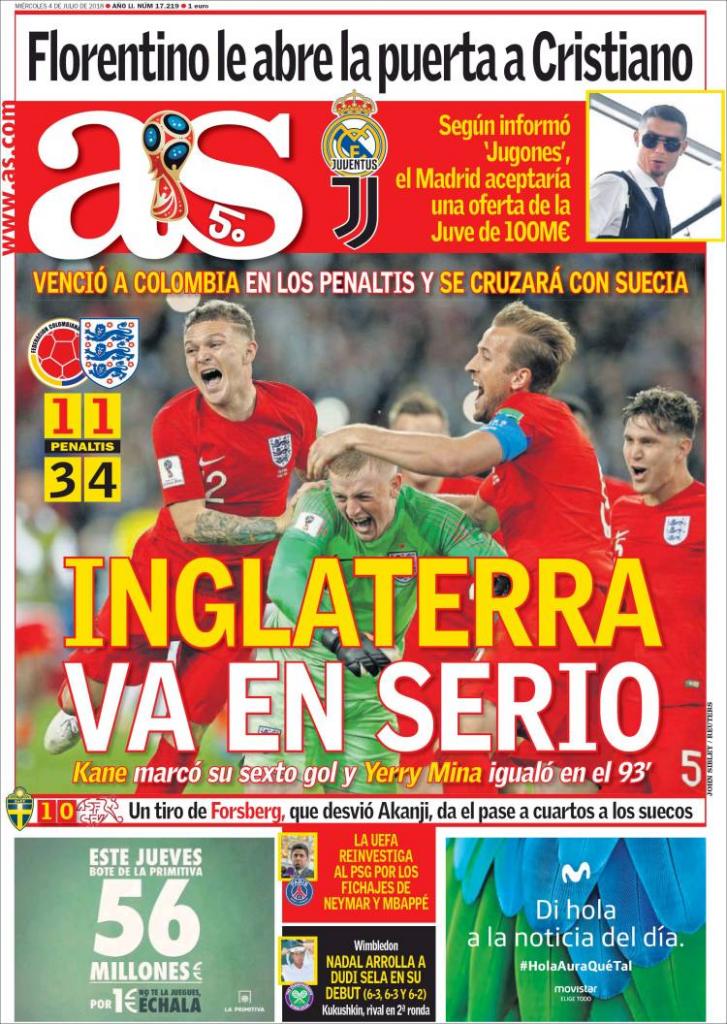 Colombia out on penalties, Sweden next 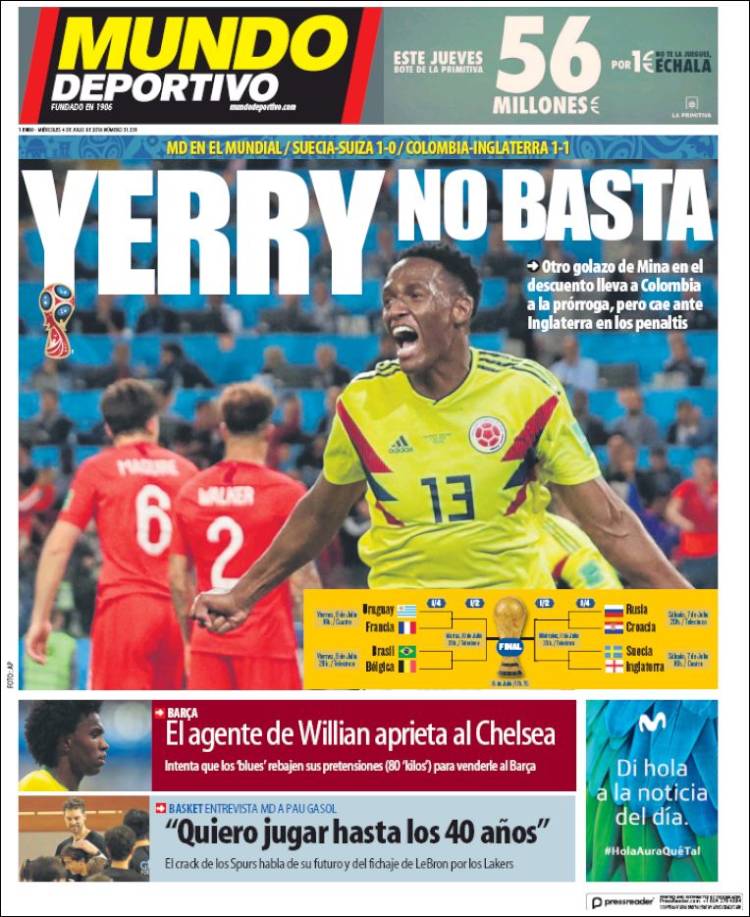 Mina's header prolongs Colombia hope but they lose on penalties