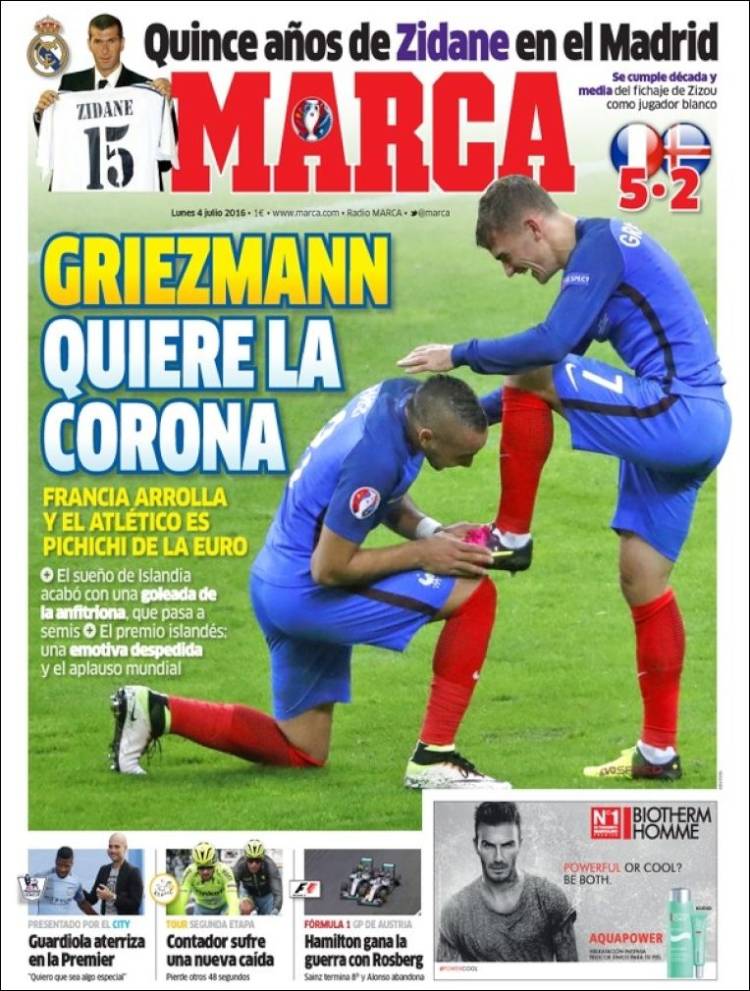 France dominate and the Atletico man is the Euros’ top goalscorer

Iceland’s dream ends with a rout by the hosts, who reach the semis

The Icelandic prize: an emotional farewell and worldwide applause

Fifteen years of Zidane at Madrid

Guardiola lands in the Premier League

“I want it to be something special” 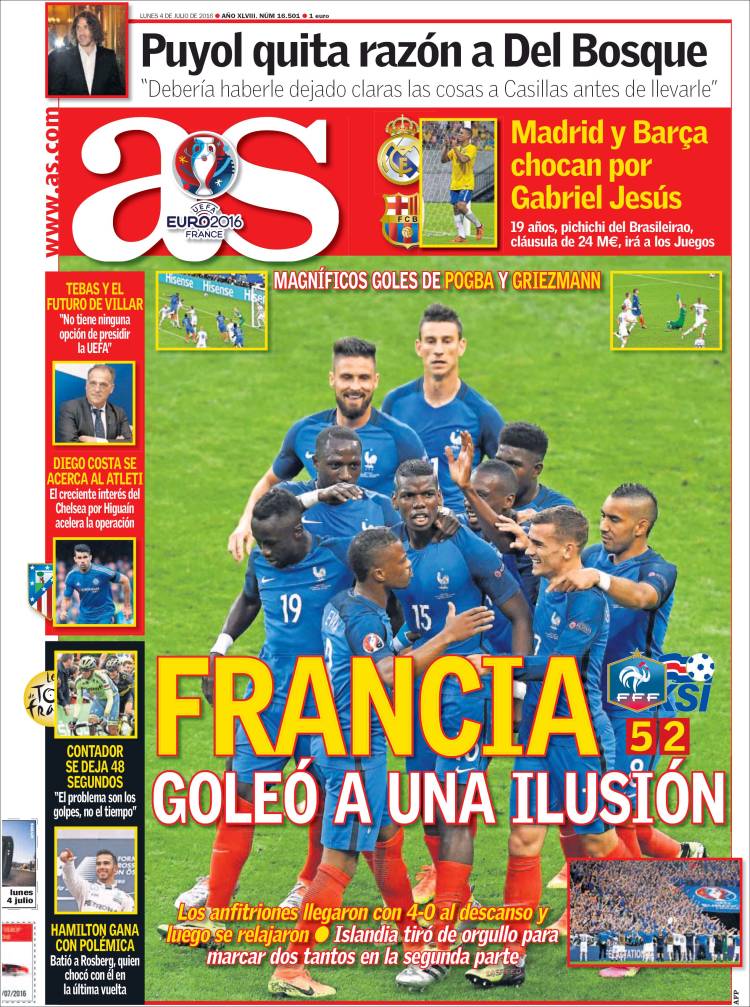 Magnificent goals from Pogba and Griezmann

Iceland drew pride to score two goals in the second half

Nineteen years old, top goalscorer of the Brasileirao, €24m release clause and will go to the Olympics

“He should have made things clear to Casillas before taking him”

Tebas and the future of Villar

“He doesn’t have the option of chairing UEFA” 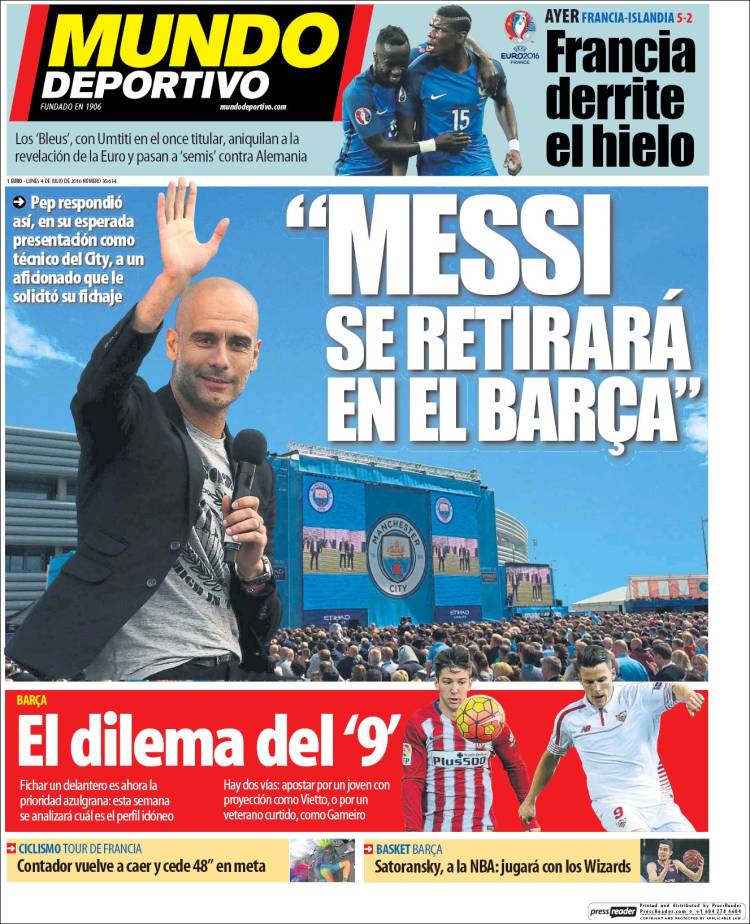 “Messi will retire at Barca”

Pep responded that way, in his long-awaited presentation as City manager, to a fan who asked about his arrival

Les Bleus, with Umtiti in their starting line-up, annihilate the revelation of the Euros and reach the semis, where they will face Germany

Signing an attacker is now Barca’s priority: they will discuss what their ideal profile is this week

There are two ways: going for a youngster with potential like Vietto or a seasoned veteran like Gameiro