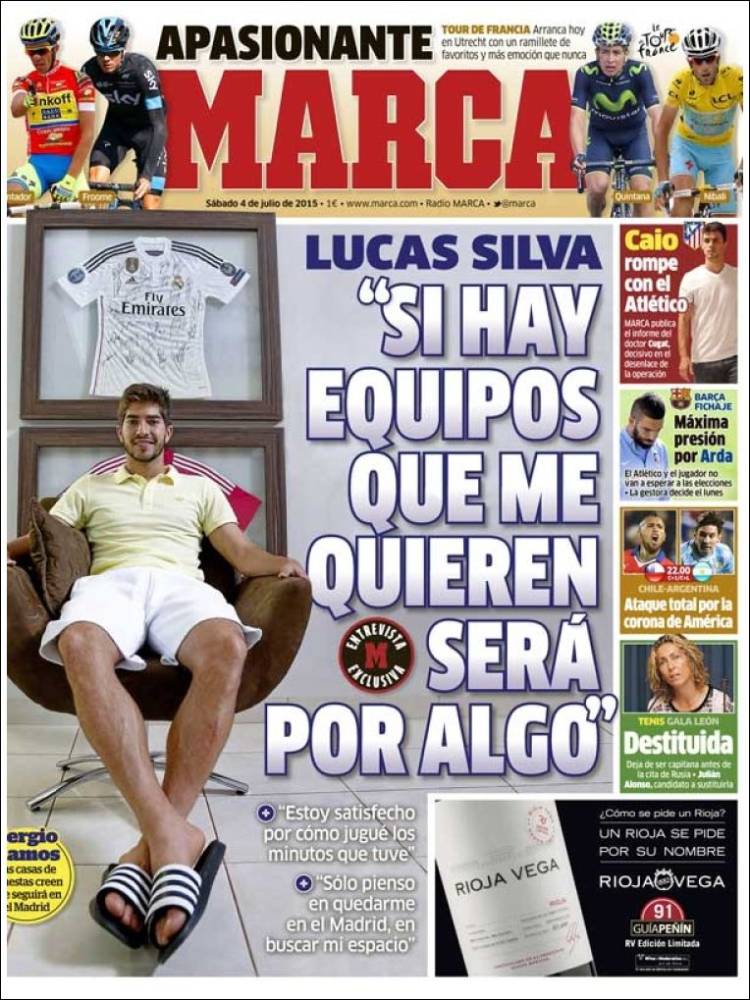 Lucas Silva: “If there are teams that want me, it must be for a reason”

Caio to Atletico breaks down

Marca publishes the report of Dr. Cugat, decisive in the outcome of the transfer

Atletico and the player will not wait for the elections

The executive board will make a decision on Monday 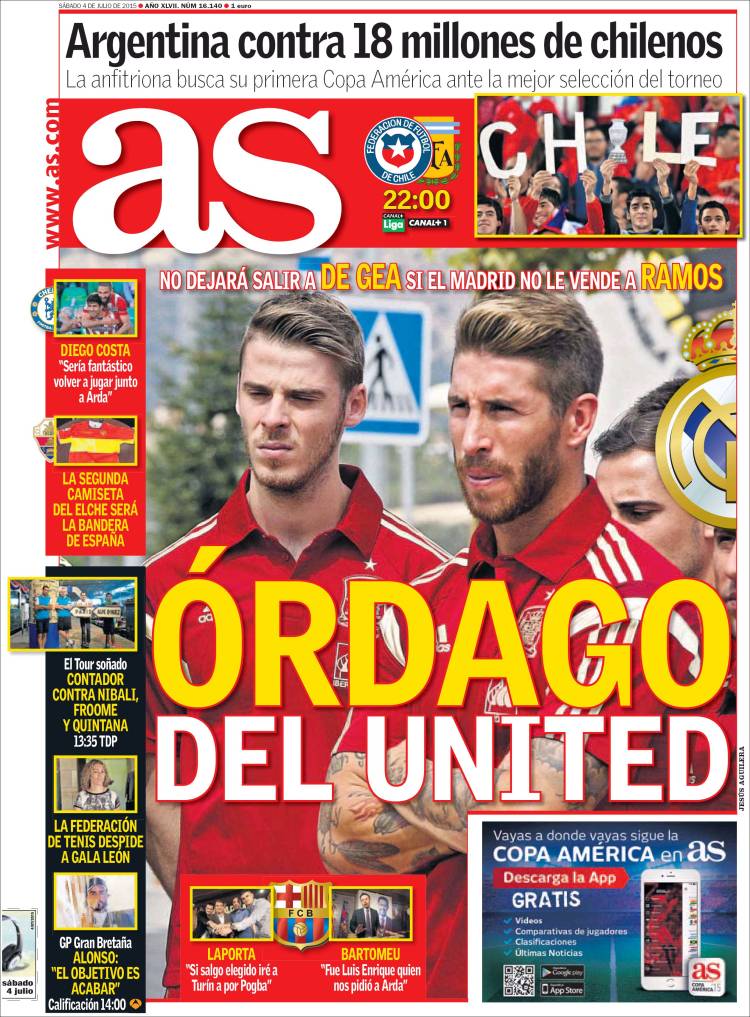 All or nothing with United

Laporta: “If I get elected, I’ll go to Turin for Pogba”

Bartomeu: “It was Luis Enrique who wanted Arda”

Diego Costa: “It would be fantastic to play with Arda again”

Elche’s away shirt will bear the Spanish flag 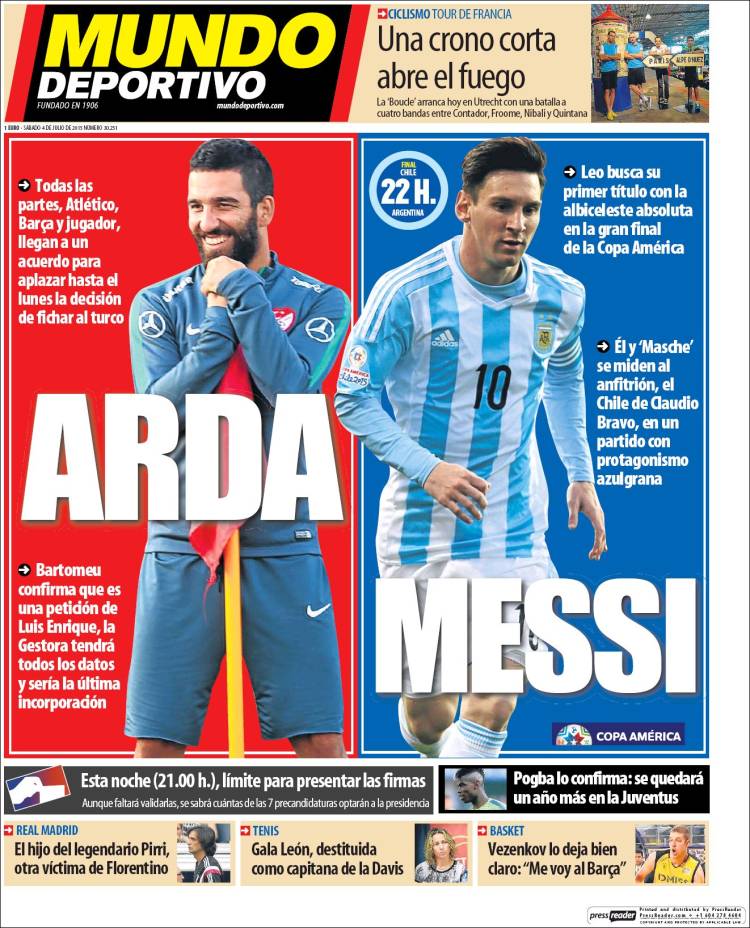 Atletico, Barca and the player have reached an agreement to postpone the decision to sign the Turkey international until Monday

Bartomeu confirmed him to be a request of Luis Enrique, the executive board have all the information about the deal and he would be their latest signing

He and Mascherano pit themselves against the hosts, Bravo’s Chile, in a match starring Barca protagonists

Barca presidency - tonight is the deadline to present the signatures

Son of the legendary Pirri – another victim of Florentino