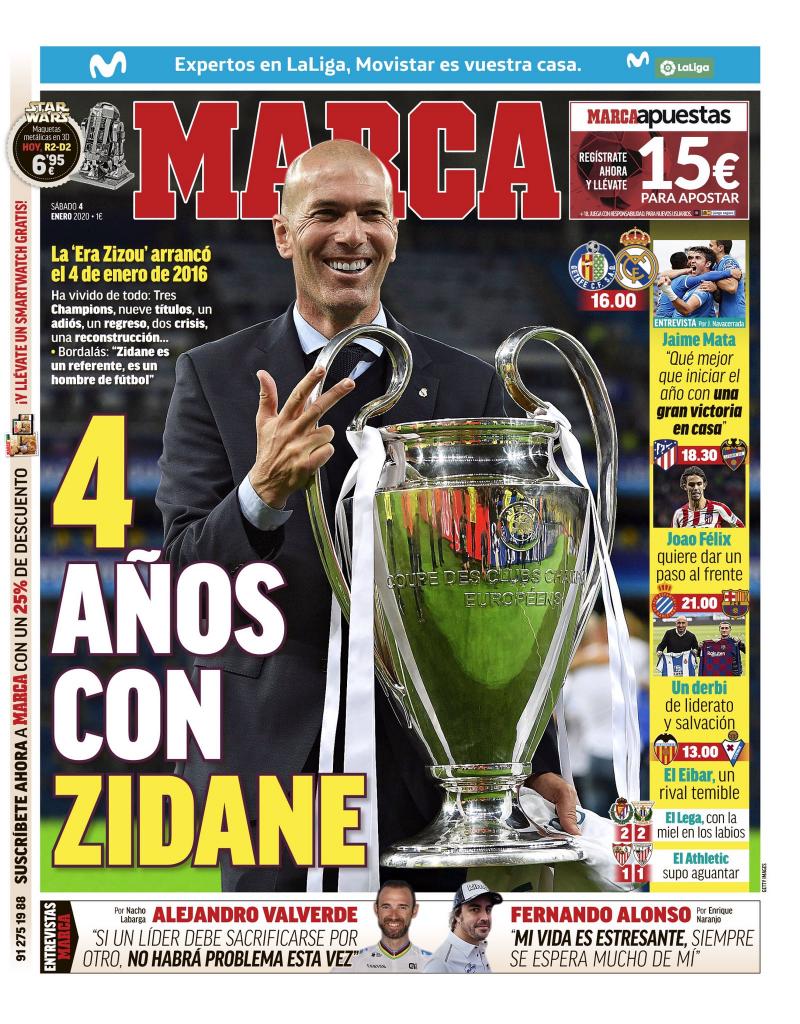 REAL MADRID: Four Years With Zidane - Zidane reaches his four year anniversary at Real Madrid, across two spells, with three Champions League titles and a turnaround completed at the club since he came back in 2019. 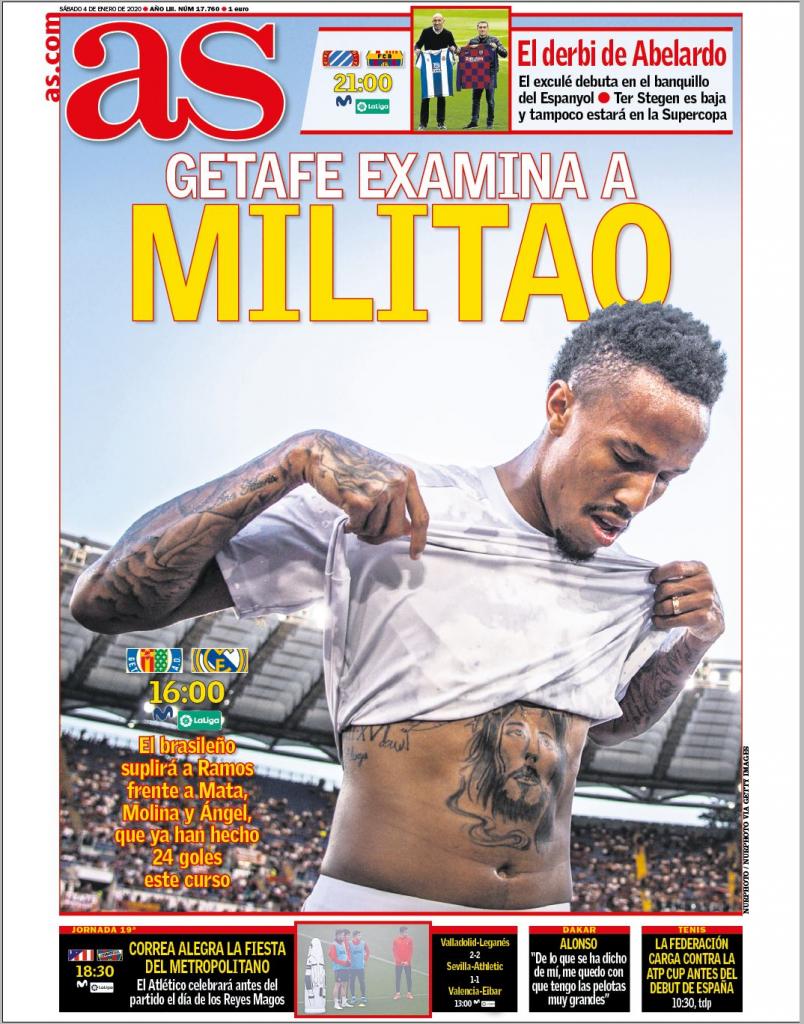 REAL MADRID: Eder Militao set for Getafe test - The Brazilian will partner Sergio Ramos in the capital city derby, up against Jaime Mata, Jorge Molina and Angel, who have already scored 24 goals so far this season.

BARCELONA: The Derby of Abelardo - The former Barcelona player takes charge of his first game as Espanyol boss against La Blaugrana, with Marc Ter Stegen set to miss this game and the Spanish Supercopa. 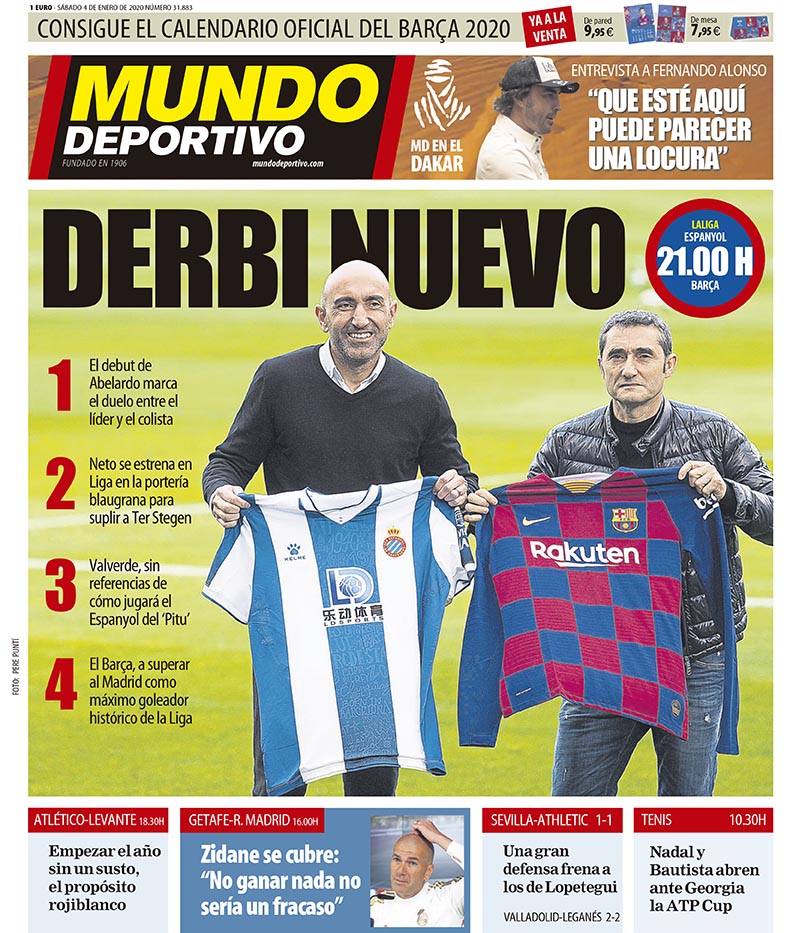 BARCELONA: 'The New Derby' - Abelardo's first game as Espanyol boss is against his former side, as they push for a La Liga title defence in 2020.

BARCELONA: Neto is set to stand in for the injured Marc Ter Stegen, with Ernesto Valverde facing a unknown test against their Catalan neighbours, and they look to end the season as the highest scorers in a season in the history of La Liga.

REAL MADRID: Zidane - 'Not beating Getafe would not be a failure to start 2020'.