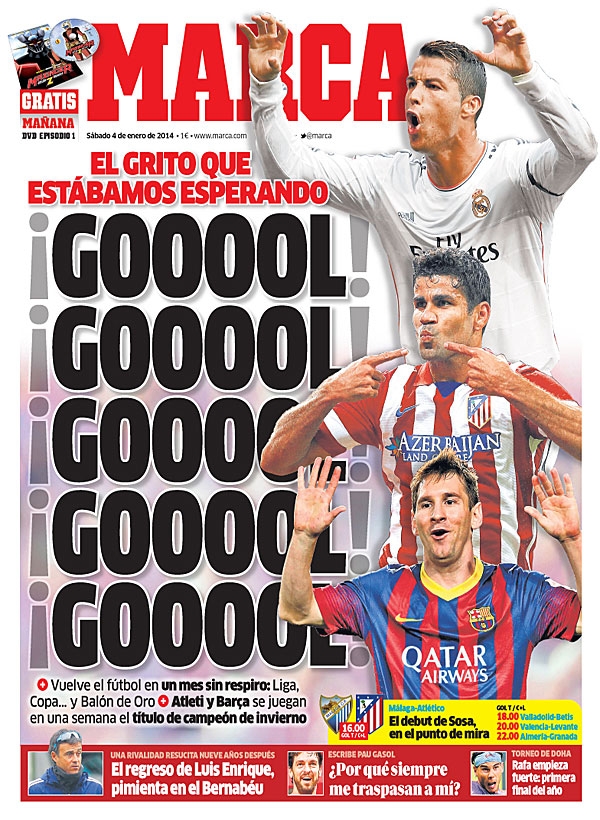 The chant we had been waiting for
GOOOOL!
Football returns with a month with out break: Liga, Copa and the Balon d"or
Sosa about to debut for Atleti
The return of Luis Enrique to the Bernabeu
Rafa starts strong: the first final of the year 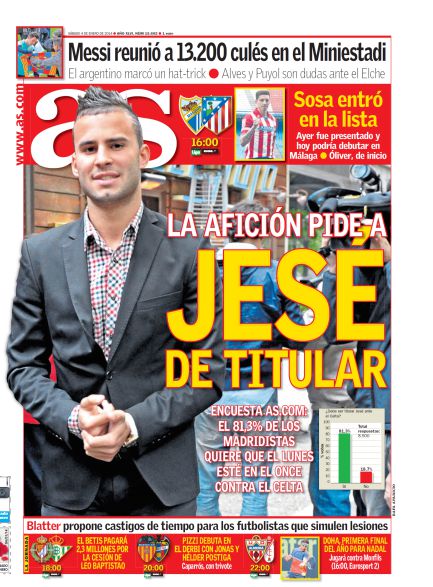 The fans want Jese to start
AS survey showed 86% of fans want to see him start on Monday
Messi meets with 13200 cules at Miniestadi
The Argentine scored a hat-trick
Alves and Puyol doubts for Elche
Sosa in the squad
Yesterday he was presented and today he could debut
Olivier to start
Blatter proposes penalties for footballers who simulate injury
Betis to pay 2.3m for Baptistao
Pizzi debuts in the derby with Jonas and Helder Postiga
Doha, the first final of the year for Nadal 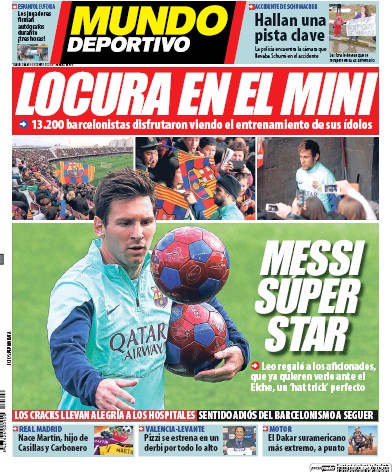 Crazyiness at the Miniestadi
Messi the super star
Leo gifts the fans who wanted to see him with a hat-trick
Real Madrid: Martin is born, the son of Casillas and Carbonero
Pizzi readies for the derby