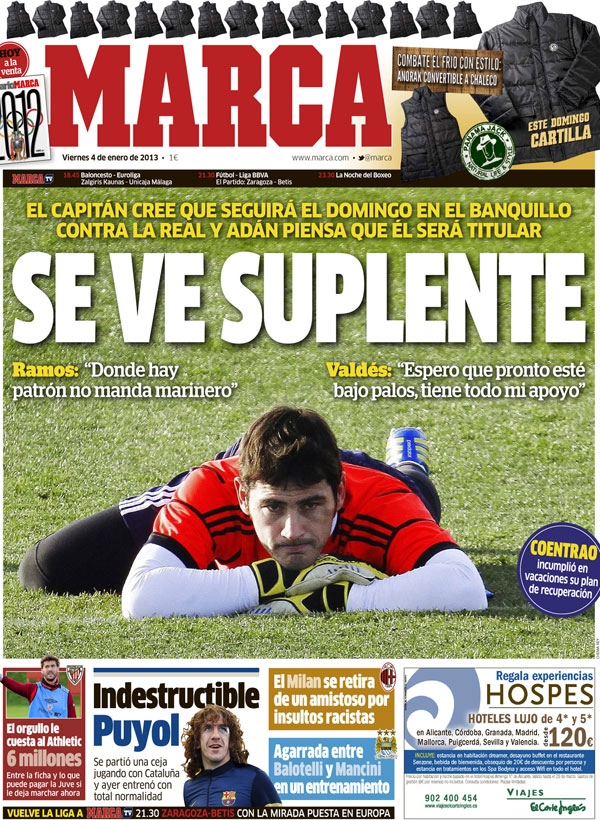 It turns out that he is a substitute

Ramos: “When there is a  boss, its what he says goes”

Valdes: “I hope that soon this will be over, he has all my support”

Coentrao breaches his recovery plan whilst on holidays

The pride of Athletic will cost 6 million: Between his contract and what Juve have to pay if he goes now

Indestructible Puyol: He teared his eyebrow playing for Cataluna and yesterday trained without any problems

Altercation between Mancini and Balotelli at training 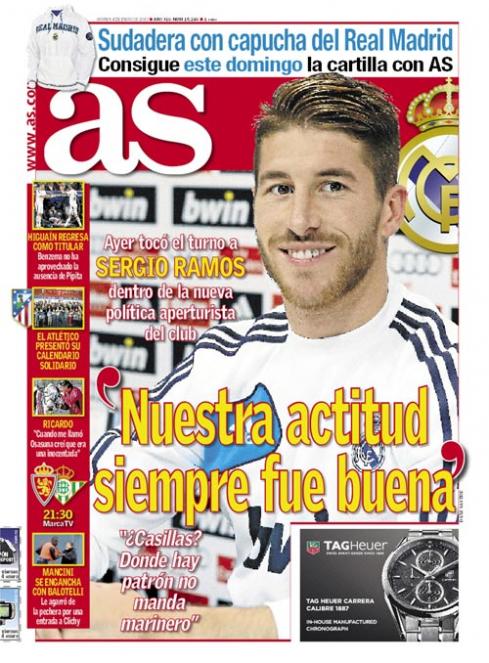 Ramos: “Our attitude has always been good”

Ramos: “Casillas? When there’s boss, it’s what he says goes”

Higuain returns to the team: Benzema has not taken advantage of the absence of Pipita

Atletico presents its calendar of solidarity

Mancini engages in a confrontation with Balotelli: Mancini pulls Mario aside by his shirt after a tackle on Clichy 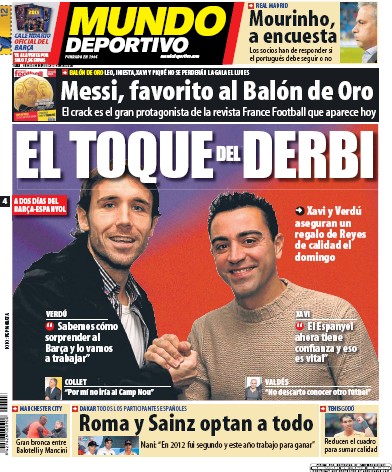 Messi, favourite for the Ballon d’Or

Leo, Iniesta, Xavi and Pique will not lose at the gala on Monday

The touch of the derby

Xavi: “Espanyol now have confidence and this is vital”

Valdes: “I don’t rule out knowing another brand of football”

Verdu: “We know how to surprise Barca and we will work for it”

Collet: “I would not go to the Camp Nou”

Manchester City: A great bust-up between Balotelli and Mancini

Tennis, Godo: The reduce the court to add more quality