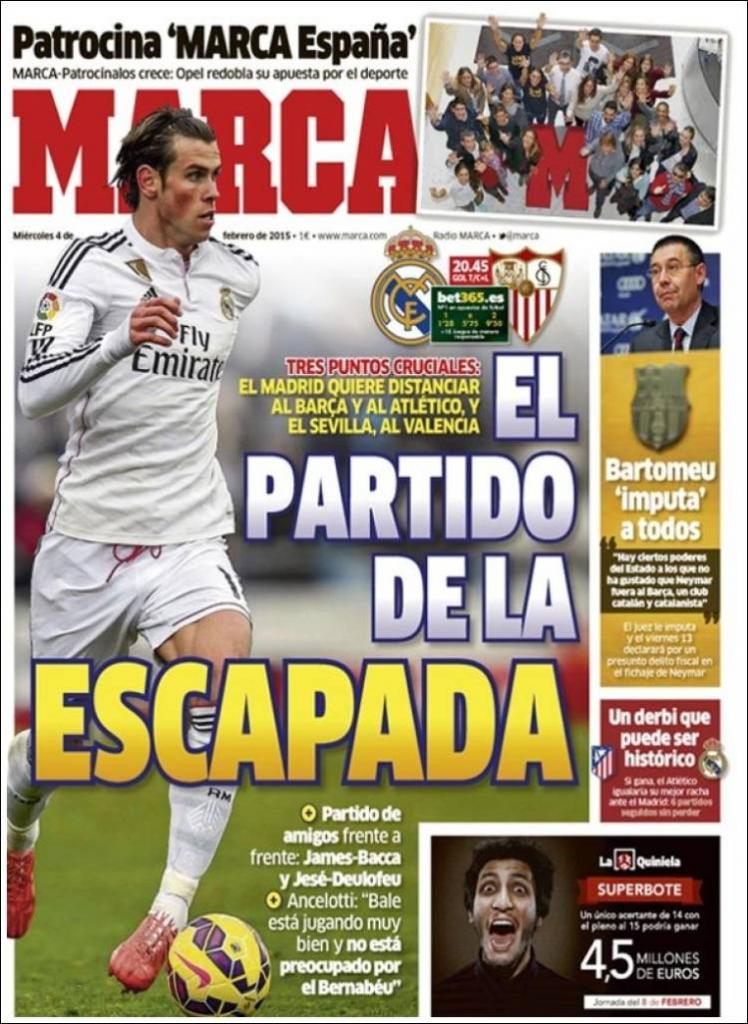 A game between friends coming face-to-face; James-Bacca and Jese-Deulofeu; Ancelotti: “Bale is playing very well and is not worried by the Bernabeu”

Bartomeu ‘prosecutes’ everybody: “There are certain powers within the state that don’t like it that Neymar went to Barca, a Catalan and ‘Catalanista’ club”

A derby that could be historic; if they win Atletico will equal their best run against Madrid, six consecutive games without losing 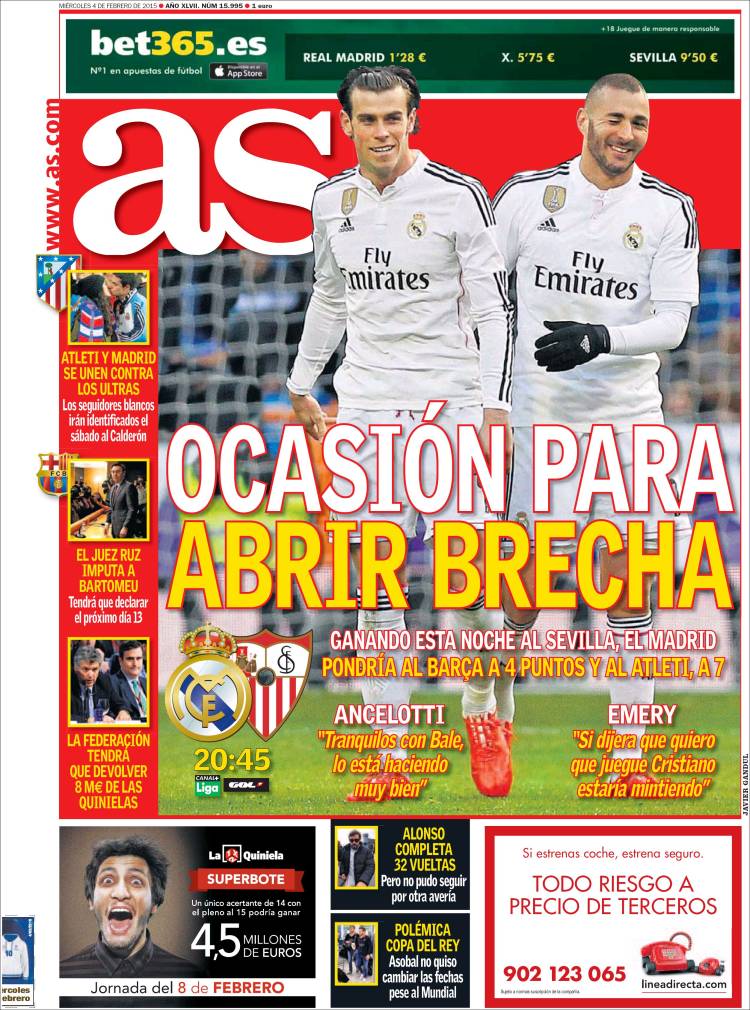 A chance to open a gap

Beating Sevilla tonight, Madrid would be four points ahead of Barca and seven in front of Atleti

Ancelotti: “Relax about Bale, he is doing very well”

Emery: “If I said that I wanted Cristiano to play I’d be lying”

Atleti and Madrid unite against the ultras; Los Blancos’ fans will go to the Calderon with identification on Saturday

Judge Ruz prosecutes Bartomeu; he will have to testify on the 13th

The Federation must return €8m from the pools companies 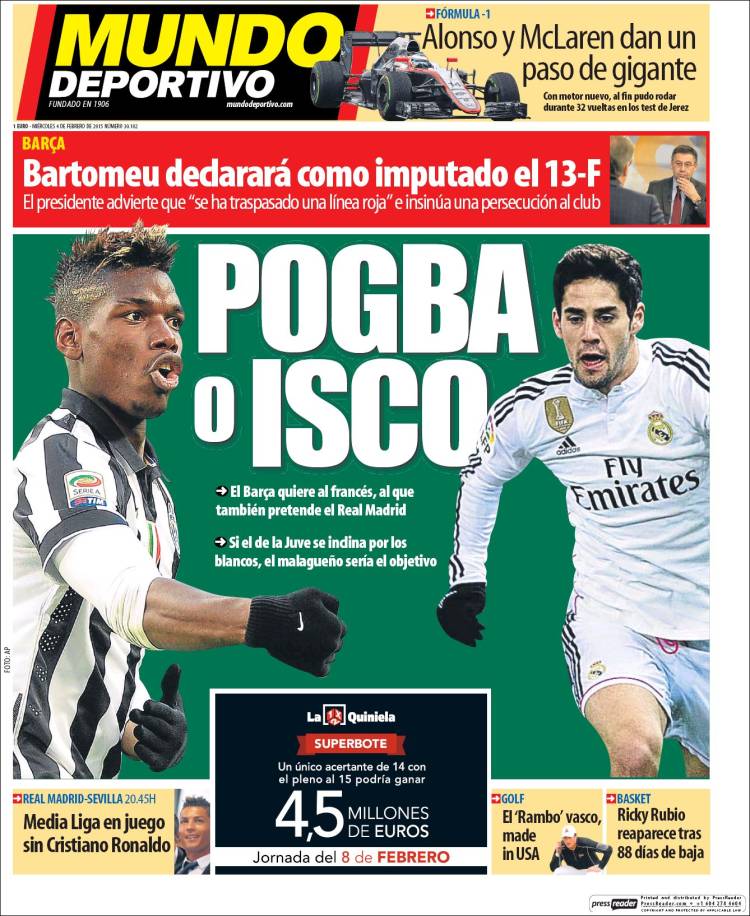 Barca want the Frenchman, who is also interesting Real Madrid

If Los Blancos insist on the Juve man, the Malaga-born player will be their target

Bartomeu will testify as the accused on February 13; the President warns that “they have crossed a red line” and insinuates the club is being persecuted

Average League to play for without Cristiano Ronaldo