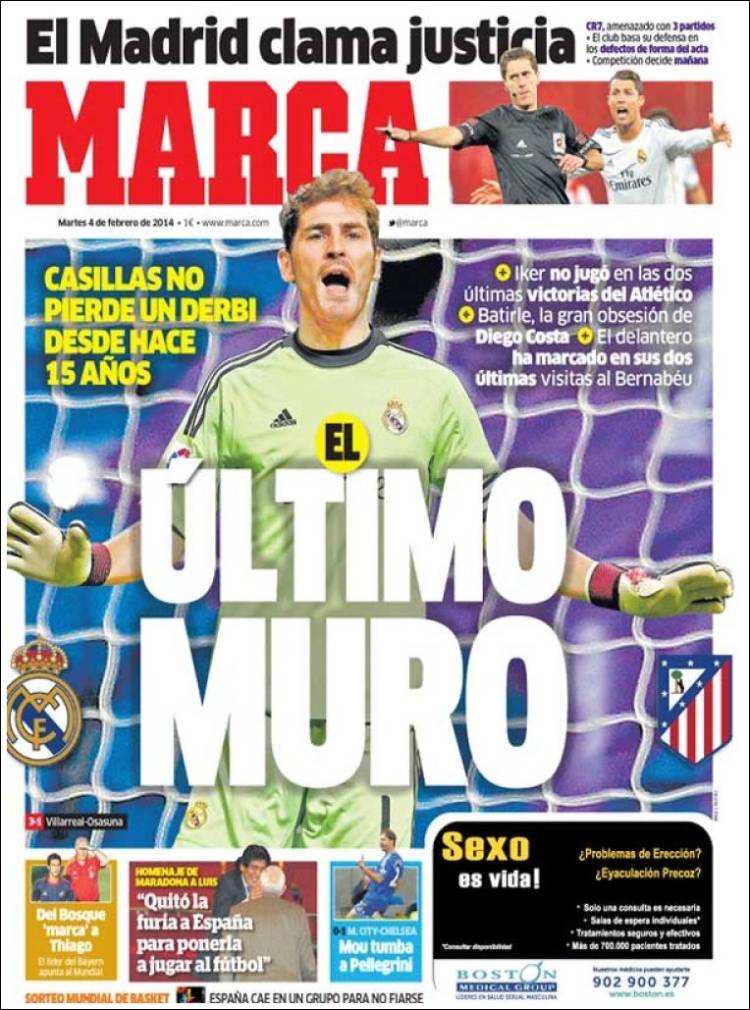 Casillas has not lost a derby for  years

Iker did not play in the last two victories for Atletico

To beat him is Diego Costa's obsession

CR7 threatened with a three-game ban

The club are basing their defence in video evidence

The competition committee is to decide tomorrow

Del Bosque is looking at Thiago

The Bayern player is on his way to the World Cup

Homage to Luis Aragones from Maradona 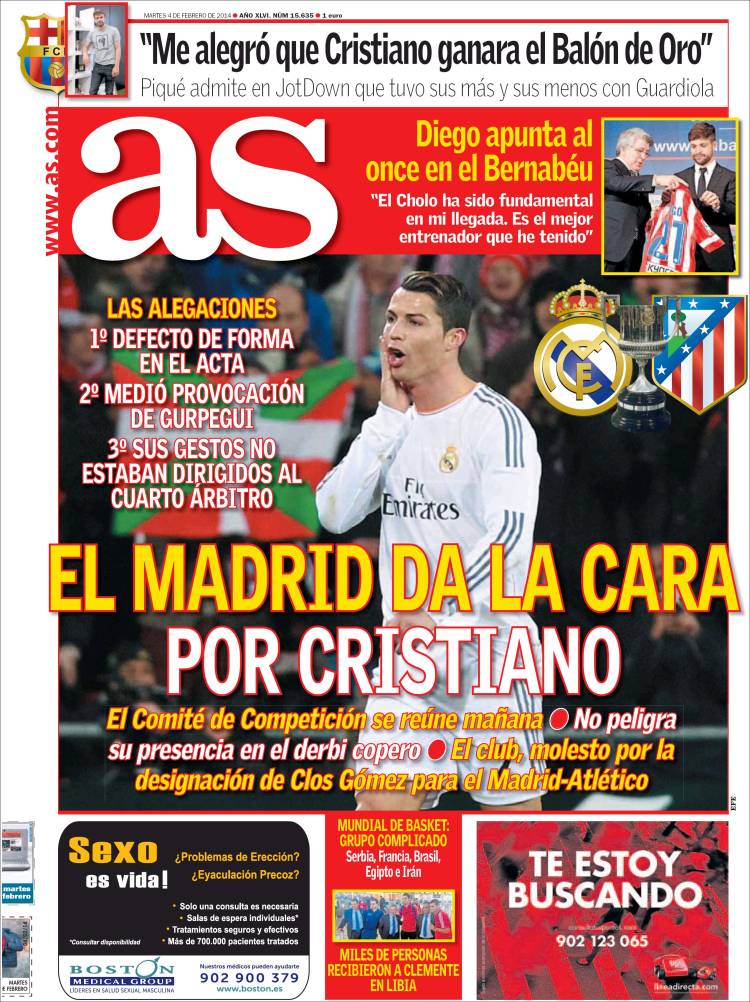 1. CR7 hardly did anything

3. His gestures towards the bench were not directed at the fourth offical

"I am happy that Cristiano won the Balon d'Or," Pique admits to JotDown that he had differences with Pep

Diego in the starting eleven for the Bernabeu

"El Cholo has been fundamental in my arrival. He is the best coach I have had," Diego 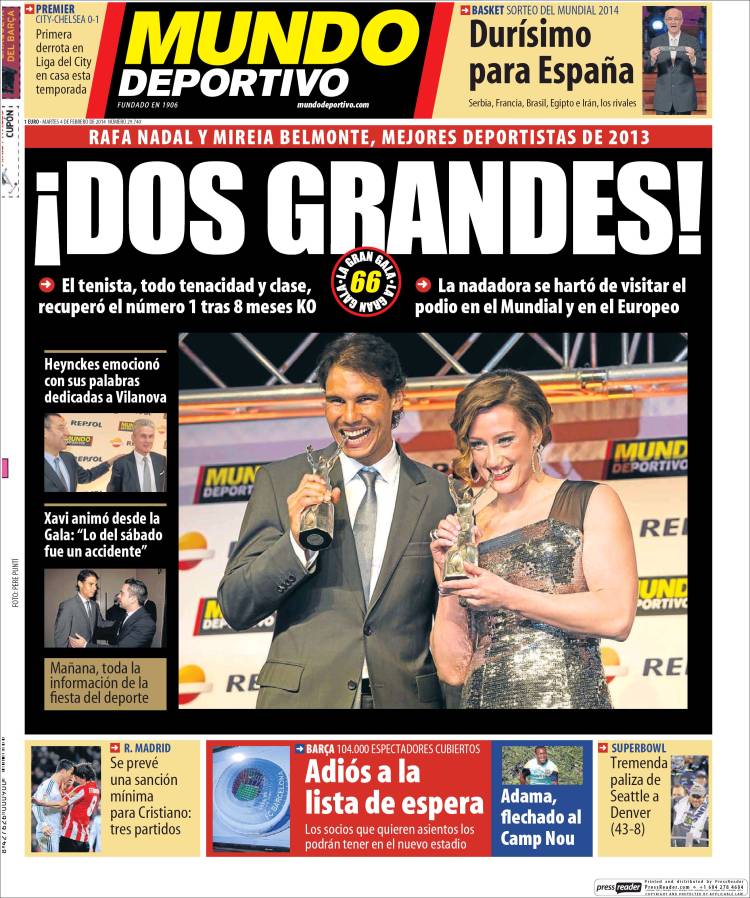 Rafa Nadal and Mireia Belmonte, the best sports players of 2013

The swimmer is tired of always making the podium

Xavi lit up the gala: "Saturday was just an accident"

The members want to keep their seats in the new stadium

The first loss for City at home this season